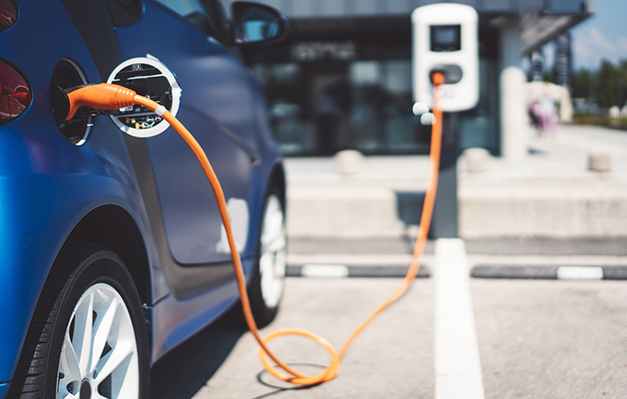 Electric is the way of the future.  EVolve Automotive Inc. is bringing the future to Arkansas a little bit earlier.

This North Little Rock-based vehicle dealership offers a wide range of electric vehicles geared for all tastes and needs. According to owner Collin Riggin, EVolve keeps an inventory of some of the top names in electric vehicles, from Tesla to Audi to Hyundai and more.

“What we wanted to do was just to make electric cars available in the South. They were really hard to find. A couple of years ago, I was going to buy one myself, and I started looking at the options. There was hardly anything out there – just a few Teslas, but no Hyundai and no KIAs,” Riggin says.

Afterwards, he had the idea that someone should start an electric vehicle dealership in Arkansas. Riggin had already operated a used car dealership for approximately 13 years, but he was thinking someone else should take the plunge. His wife had different plans.

“I told my wife that someone should sell electric cars. There’s none of them around here, and they’d have the entire market,” he says. “A couple of weeks later, we were driving, and she said, ‘I like what you said about selling electric cars.’”

With that endorsement, Riggin went to work, lining up all the necessities to start EVolve Automotive. It wasn’t the easiest process, but it was worth it.

Now, he is working to educate the public on the value of electric cars. Two of the major misconceptions, he says, are the charging and the price of electric cars. “There’s still people out there that don’t even know they can charge these at home or people that don’t understand that not all electric cars are $60,000 to $100,000. There are affordable options,” he says.

As an example, he said that he has a newer model electric car that for under $15,000 – a cost that is well within most price range. Of course, Riggin also offers higher-end cars, like the Tesla, which retail for $40,000 or more.

In addition to cost, EVolve’s selection of cars can accommodate all lifestyles, whether you want a sportier car or something a little more rugged. The Chevy Volt, for instance, looks like an ordinary sedan, he says, but can get 50 miles on electricity. This car would be perfect for a morning commute.

At the opposite end of the spectrum, you can cruise in luxury in a Tesla or Audi.

One of the best parts of electric cars is the ability to charge them while you’re busy going about your life. EVolve has partnered with contractors to offer Level 2 charging installation in customers’ homes. This allows them to charge their cars at home.

At the end of the day, the electric car must be experienced. “I have yet to meet somebody that said they did not like driving an electric car,” Riggin says.