Excursion: … And They’re Off!

Hot Springs’ Oaklawn Park has, for more than 100 years, brought the beauty and bounty of horse racing to fans, and this year it’s upped the ante with a record $23 million in purses and a $20 million expansion of its facility. 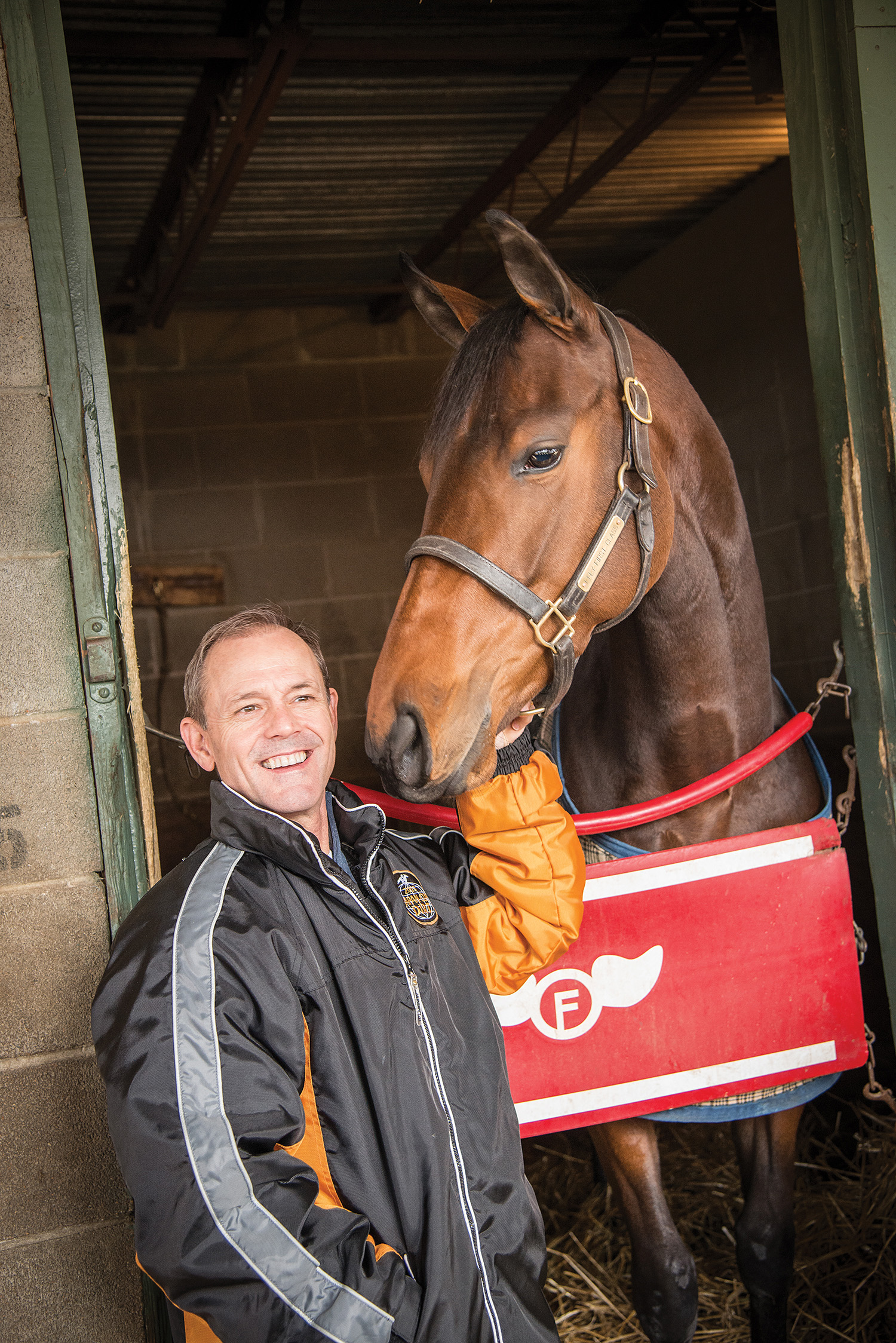 [dropcap]We[/dropcap] visited Oaklawn Racing and Gaming on a brisk morning, just days before the 2015 live racing season began, and enjoyed a tour of the facility.

First stop, a visit to the park’s stables or what’s known among insiders as the backstretch, where we met famed thoroughbred trainer William H. “Jinks” Fires and Skippy, a beautiful 13-year-old lead pony that has escorted thoroughbreds to the track gates for years.

Fires’ family has worked with horses as blacksmiths, trainers, jockeys and just about any other occupation related to horses for more than four decades. In fact, Fires’ brother and sister-in-law, Manny and Judy Fires, train and break horses at Hot Springs’ Step Ahead Thoroughbred Training Center, which is owned by Dr. David “Doc” Jolly.

Fires earned his stellar reputation while  training horses for the likes of racecar driver A.J. Foyt and Arkansan Robert Yagos. Fires has purchased each of Foyt’s horses and trained them at Step Ahead, and each has been a winner. Fires broke and trained Yago’s Archarcharch, a colt sired by Arch that went on to win the 2011 Arkansas Derby and finished 15th in the 2011 Kentucky Derby.

While admiring the horses stabled with Fires, Archarcharch’s renowned jockey Jon Court stopped to say hello. Court has ridden horses for 34 years, and in 2013, a year he called “slow,” he rode in 800 to 1,000 races.

“I also ‘breeze’ horses, which helps get them ready to race, and train them each day before noon for 3 to 4 hours,” Court said. “I’m usually at the track until 6 p.m.”

While the beauty of the horses is awe-inspiring, the sheer love of horses intoxicating and the purses lucrative, we got a true appreciation for the work everyone on the backend puts into the care and training of these creatures. Our last stop in the stables — after meeting a number of the horses, including being struck by the beauty of the handsome and winning Don’t Tell Sophia as she passed by — is Fires’  cozy workroom where he and assistant Paul Griffiths were suiting up to train the horses and where Fires has prepared a delectable batch of white beans, liberally accompanied by cuts of ham.

Before heading inside to view the newly expanded gaming facility, we ran up to the track to see the horses as they were put through their paces. We saw Skippy as he began his day of work, and Griffiths stopped  to introduce us to Fires’ horse, Pistol Packin’ Penny. They were a sight to see.

The same is true of Oaklawn’s gaming area, which includes hundreds of electronic games — I like the ones that make lots of noise, though I do miss the coin drops — as well as video poker, live blackjack, a Poker Room and a High Limits Area.

“We’ve invested $60 million into Oaklawn,” said Jennifer Hoyt, Oaklawn’s media relations manager. “This was our second renovation in five years and at $60 million, this is the single largest private investment in Hot Springs’ history.” 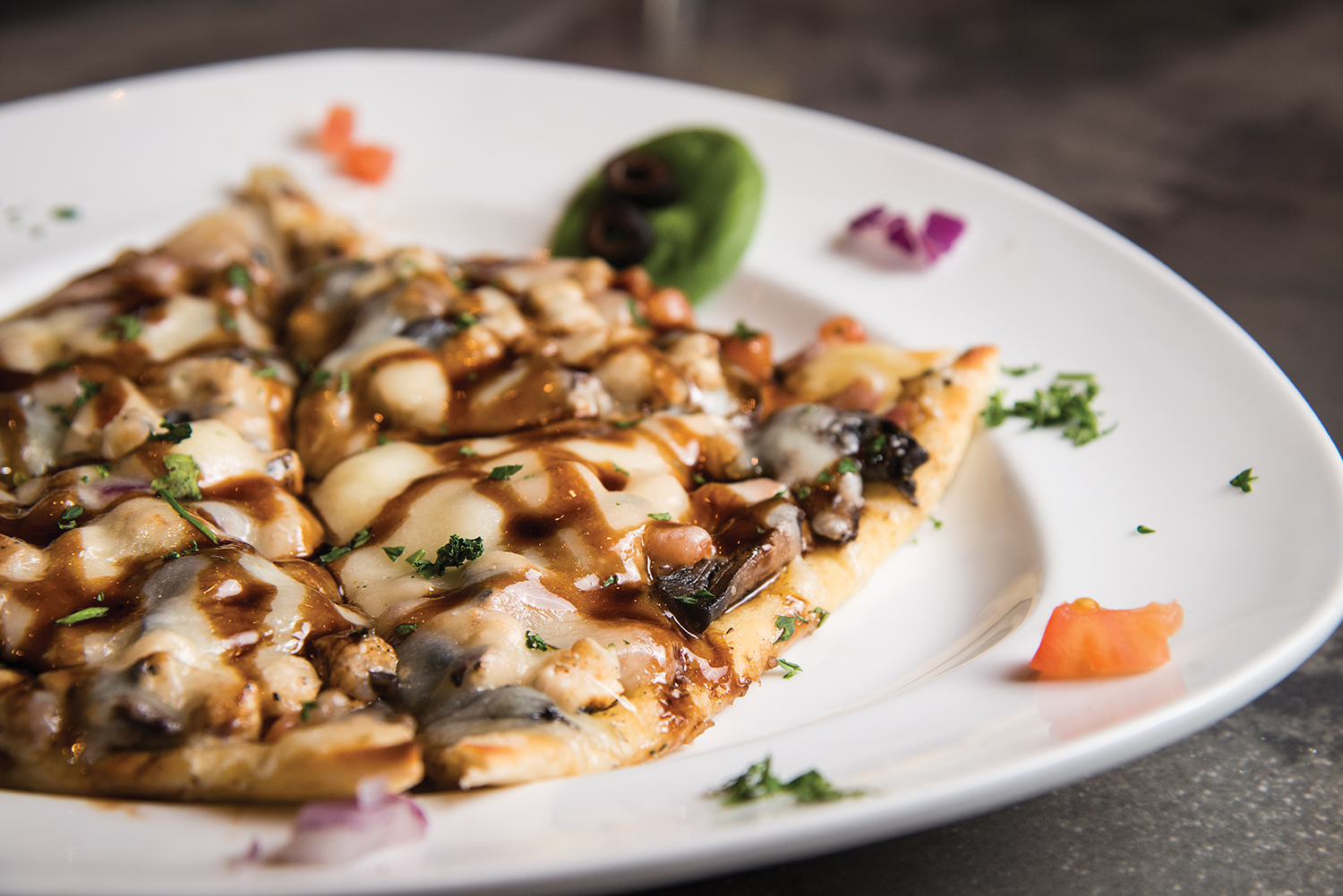 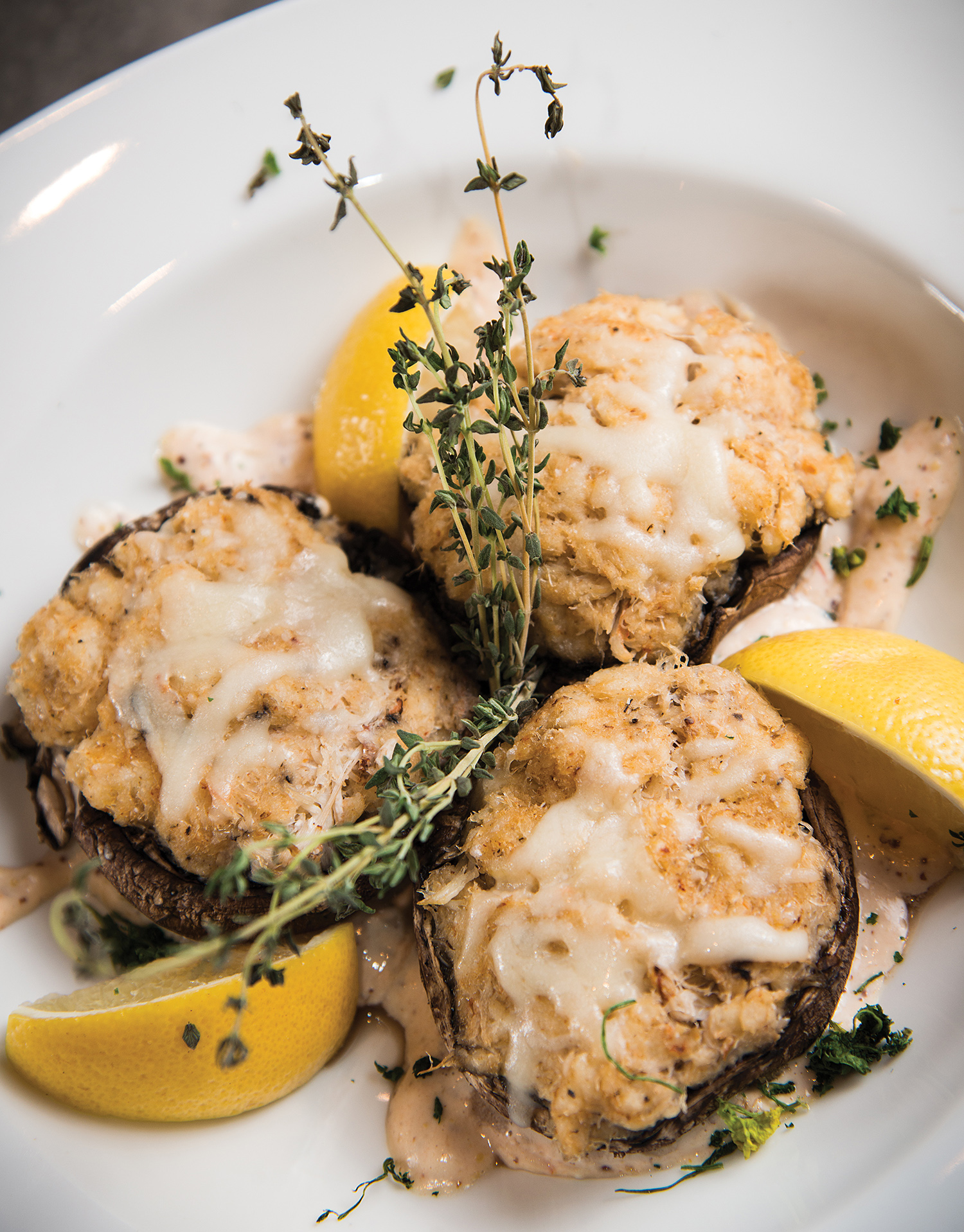 Also housed in the gaming area is Silks Bar & Grill, where the professional staff, including our server LaTasha, promptly seated us. Silks was a part of the expansion, and the casual dining spot has a number of large-screen televisions that broadcast other races as well as other sports.

The restaurant offers several appetizers, including oysters on the half shell seasonally; wedge, chopped and other salads; French onion soup as well as the soup of the day; and a good number of entrees. We enjoyed a trio of large, crab-stuffed mushrooms, as well as the chopped salad. The salad, made up of romaine with artichoke hearts, cucumbers, grape tomatoes, red onions, green peppers, fresh broccoli and feta cheese and finished with Italian dressing, was colorful, crisp and tasty. We also tried the Italian flatbread; with ingredients like grilled chicken, mushrooms, mozzarella cheese and fresh basil, we figured we’d be pleased, and we were right. However, the showstopper for this meal was the ribs. Available in half and full slab portions, they were deliciously hearty. Served with sweet potato or regular fries and topped with just the right amount of sweet barbecue sauce, they’re sure to fill you up. Two ribs each and AY’s creative director Ashlee and I were stuffed. Never fear … if you choose not to share, we can verify they’re just as good as next-day leftovers. Be sure to stop in on weekends — each Friday and Saturday night Silks features live entertainment. For a quick bite between playing the games and watching the races, stop in Bistro 2705 for a snack. 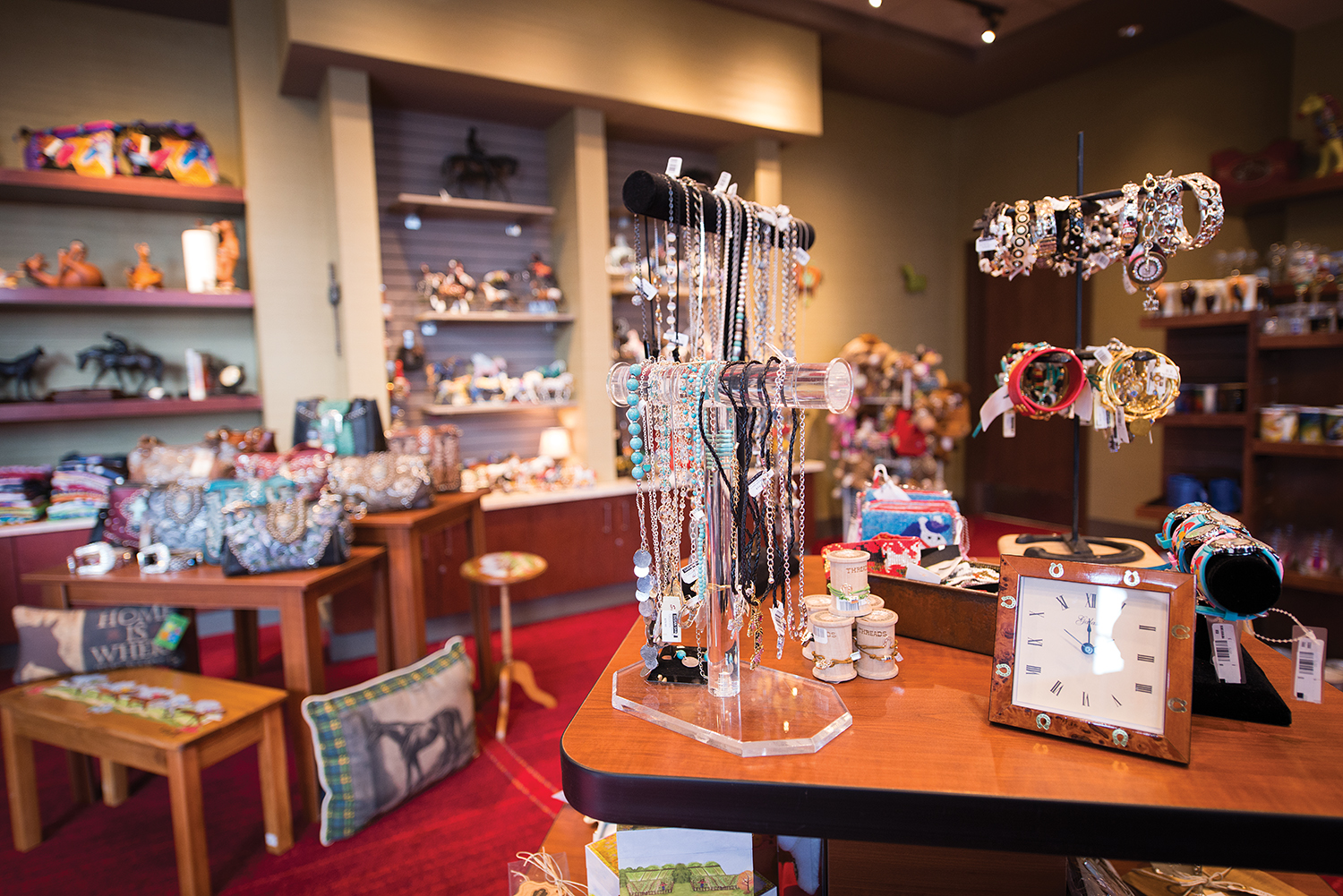 The Winning Court Gift Shop carries a wide variety of gift items, many of which are equine inspired.

Looking to spend your winnings? The Winning Court Gift Shop, open from noon to 8 p.m., Wednesday through Sunday, has two locations. The larger of the two is located near the escalator leading to the gaming floor and features jewelry, Arthur Court silver and dishware, a small selection of clothing and a plethora of equine-themed items from the practical to the whimsical, including what-nots, coffee cups, wine glasses, lamps, snow globes, bookends and Oaklawn memorabilia. You’ll also find items for your little ponies, such as stuffed and rocking horses and a Pony Pals training bicycle. The original gift shop is located on the first floor of the Grandstand, near the live race meet area, and features much of the same merchandise as well as glassware, silver wine decanters, tabletop statues, handpainted pottery and artwork purses by designers such as Timmy Woods Beverly Hills, Bosom Buddy Bags and Mary Frances.

Of course, the thoroughbreds are Oaklawn’s stars. Live racing takes place through April 11, Thursdays through Sundays, with post times of 1 p.m. Saturdays and 1:30 p.m. Thursdays, Fridays and Sundays. There will be three special post times this season: Super Bowl Sunday, Feb. 1 at 1 p.m., Presidents Day, Feb. 16 at 1 p.m.; and April 11, Arkansas Derby Day at 12:30 p.m. 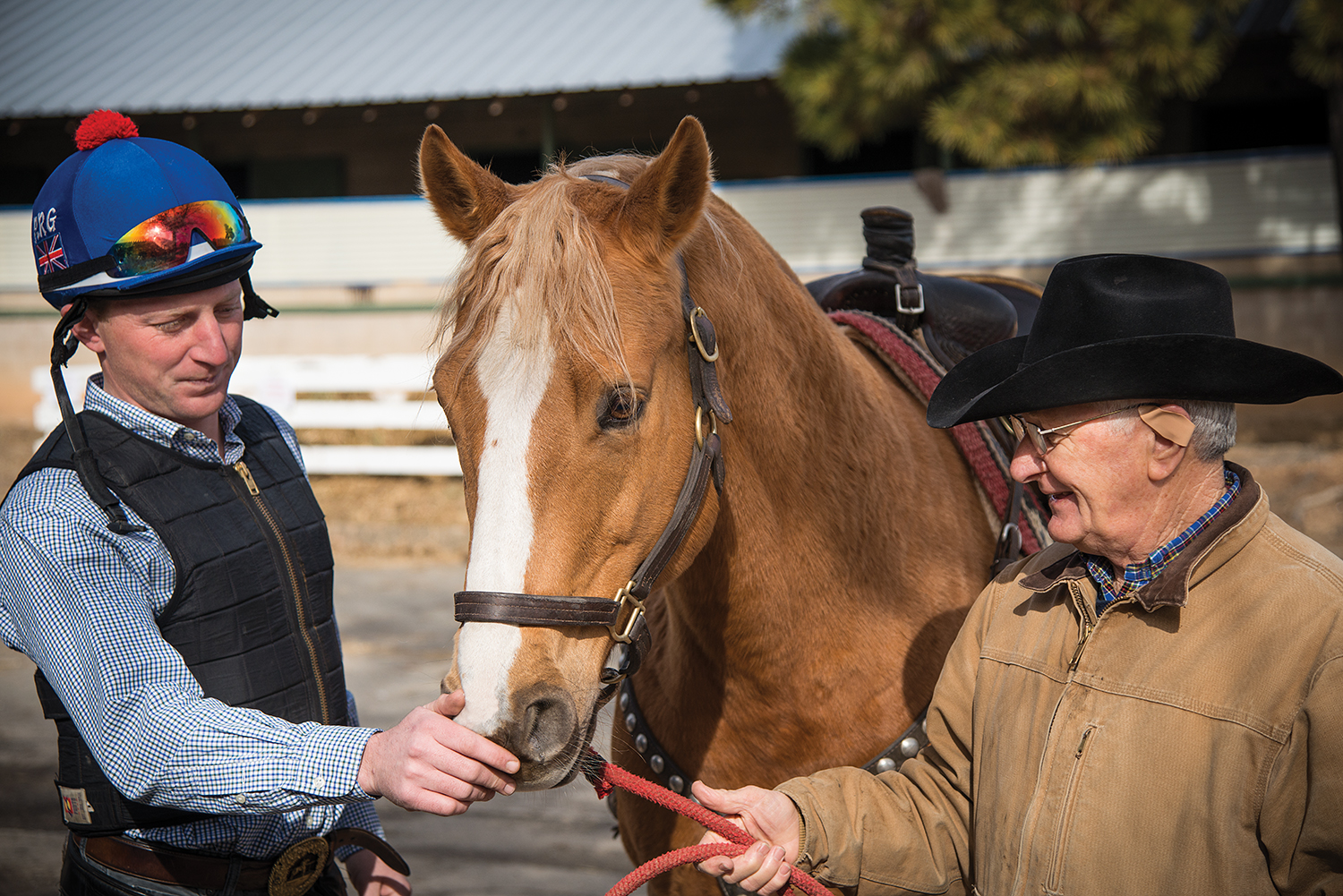 Ninety or so horses run in nine daily races, and before each race the participants come into the saddling paddock where the public can view the horses and their jockeys … perhaps to help with wagers, which are placed at the betting windows just beyond the paddock. On this level, you’ll also find several outlets — Daily Double Deli, Pony Express and Home Stretch, to name a few — from which to purchase snacks, sandwiches and drinks. Alcohol can be purchased at the Derby Bar. Or take a seat and have a meal at the Post Parade Restaurant.

Enjoy gaming year round, and from April to December you can enjoy Vegas-style simulcast racing in the Pavilion at Oaklawn, from 10 a.m. to 3 a.m. Sunday through Thursday, and from 10 a.m. to 5 a.m. Friday and Saturday.

Plan your visit by making reservations for seating, dining or taking in the live races — general admission is free this year — and for more information about wagering including a glossary of terms, Oaklawn’s facilities and more, log on to oaklawn.com or call (800) 525-5296.

Elvis Week Coming Back to Memphis in August
July 13, 2021
Go to Top
Never Miss An Issue!