North Little Rock and Little Rock are two of the most populated cities in the state. These neighboring metros are thriving, with a combined population of approximately 265,000, and together they contain a significant portion of Arkansas’ many popular attractions.

During our excursion to Little Rock, we stopped in Dizzy’s Gypsy Bistro for lunch. “We are known for our award-winning cheese dip,” Dizzy’s employee Beth Buckley said. The famous Le Petite Roche Cheese Dip is a béchamel dip, incorporating three cheeses, four grilled pepper varieties, pico de gallo, salsa, sour cream and green onion. It’s flavorful and smooth with balanced ingredients. It was definitely worth $9; add chicken or ground beef for an additional $3.50.

Although some customer favorites have been discontinued, Dizzy’s staff is happy to make past menu items upon request. “Our menu has changed and some items aren’t on the current menu,” Buckley said. “We are always happy to make a discontinued dish if we are able.”

As a pasta lover, I selected the half portion of the cheese ravioli with Alfredo sauce; the size was perfect for lunch — the sauce was creamy, yet not too heavy.

Food trucks are more popular than ever, the LR Food Truck Stop @ Station 801, located at 801 S. Chester, offers a variety of options. “The food is made fresh, and there is always something new,” Scott Hamilton, owner, said. “We have indoor seating, TV and Wi-Fi. A few trucks we have out regularly are Red River Catering Co.; Braggs Big Bites; and Ocko’s Hibachi Island.” 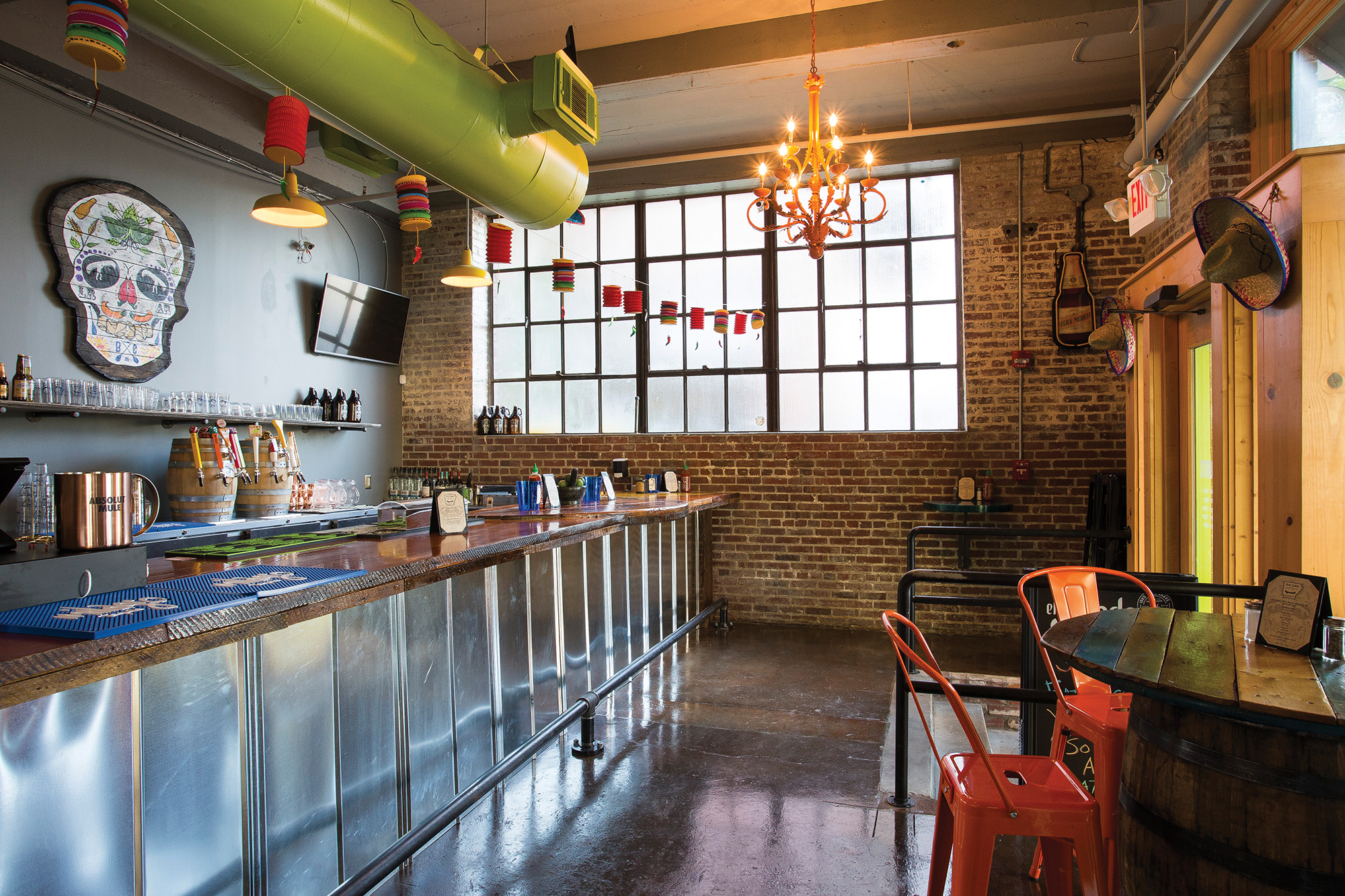 Blue Canoe Brewing Co., one of the city’s growing number of breweries, recently expanded with a sister restaurant next door, Taco Beer Burrito. The establishment features a simple Mexican-style menu with tacos, burritos, cheese-dip and salsa.

“We are really excited to open the new restaurant, it is mainly an extension of our brewery, Blue Canoe Brewing Co.,” co-owner Laura Berryhill said. “Much like the brewery, the atmosphere is going to be very relaxed and laidback. Our menu is not super complex, but everything we serve is going to be of great quality. It will consist of tacos, burritos and salsa made from organic ingredients without preservatives. We will slow-cook our meat each day, and when we run out, that will be all that we have for the day. We are very focused on the freshness and, most important, the quality of our food.”

One of the best things about Little Rock is entertainment; you’ll find much to see and do downtown, and if you’d like a unique way to do so, stop in Segway of Arkansas to tour both downtowns by Segway.

“The Clinton Library brings a world-class experience to Arkansas, that we as Arkansans may not get otherwise,” Ben Thielemier, communications manager, said. “The Olympic exhibit is spectacular; it gives a look at summer as well as the winter games. The guests can view equipment that has been used in the Olympics, photos, videos and more.” 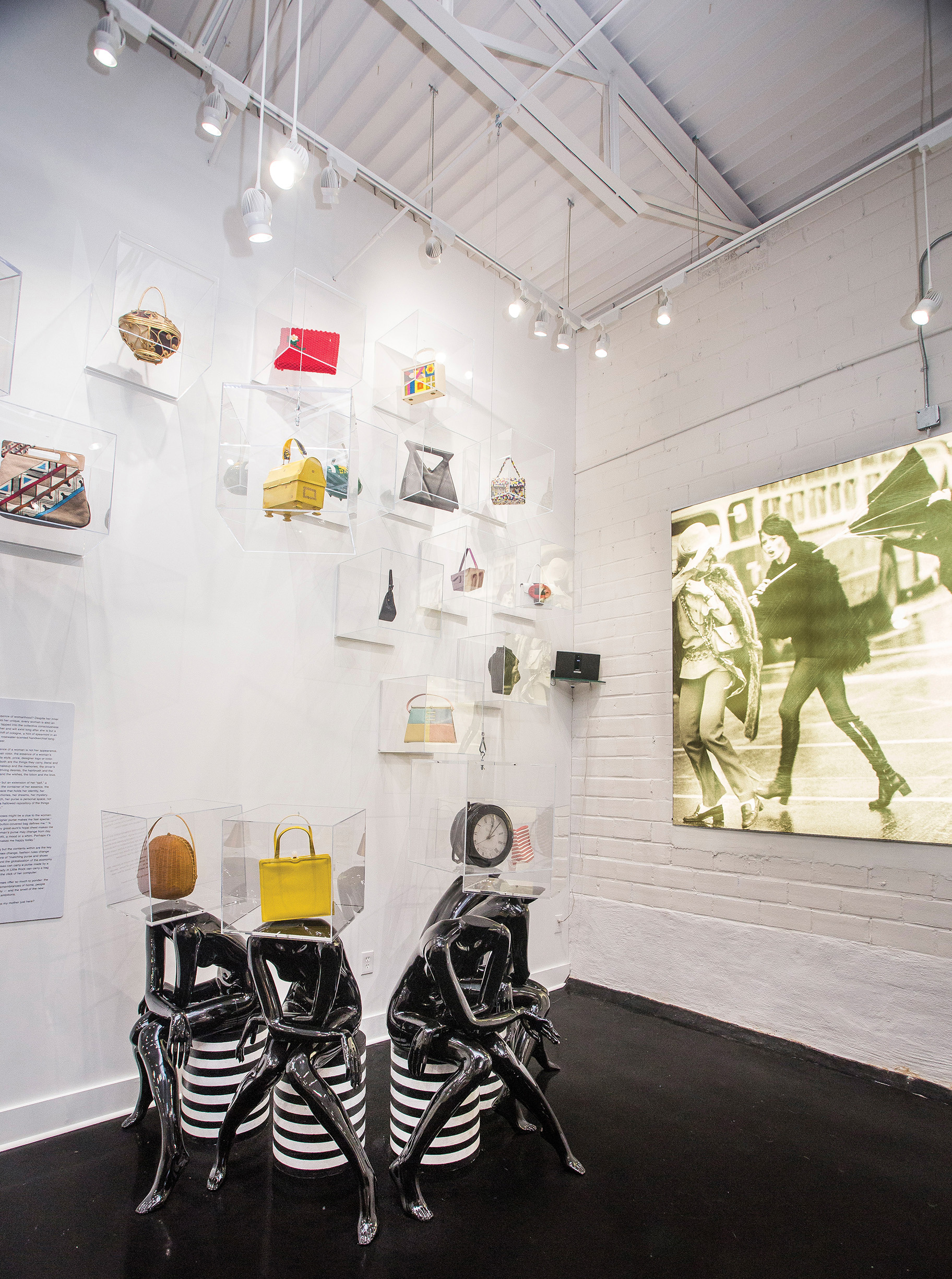 ESSE Purse Museum is a unique historical experience in the heart of the Southside Main St. District (SoMa). “Here, at ESSE, we are honoring women in history through purses,” owner Anita Davis said. “We feature purses from 1900 through 1999.” Its current exhibit “Changing Tides” features 100 years of iconic swimwear. 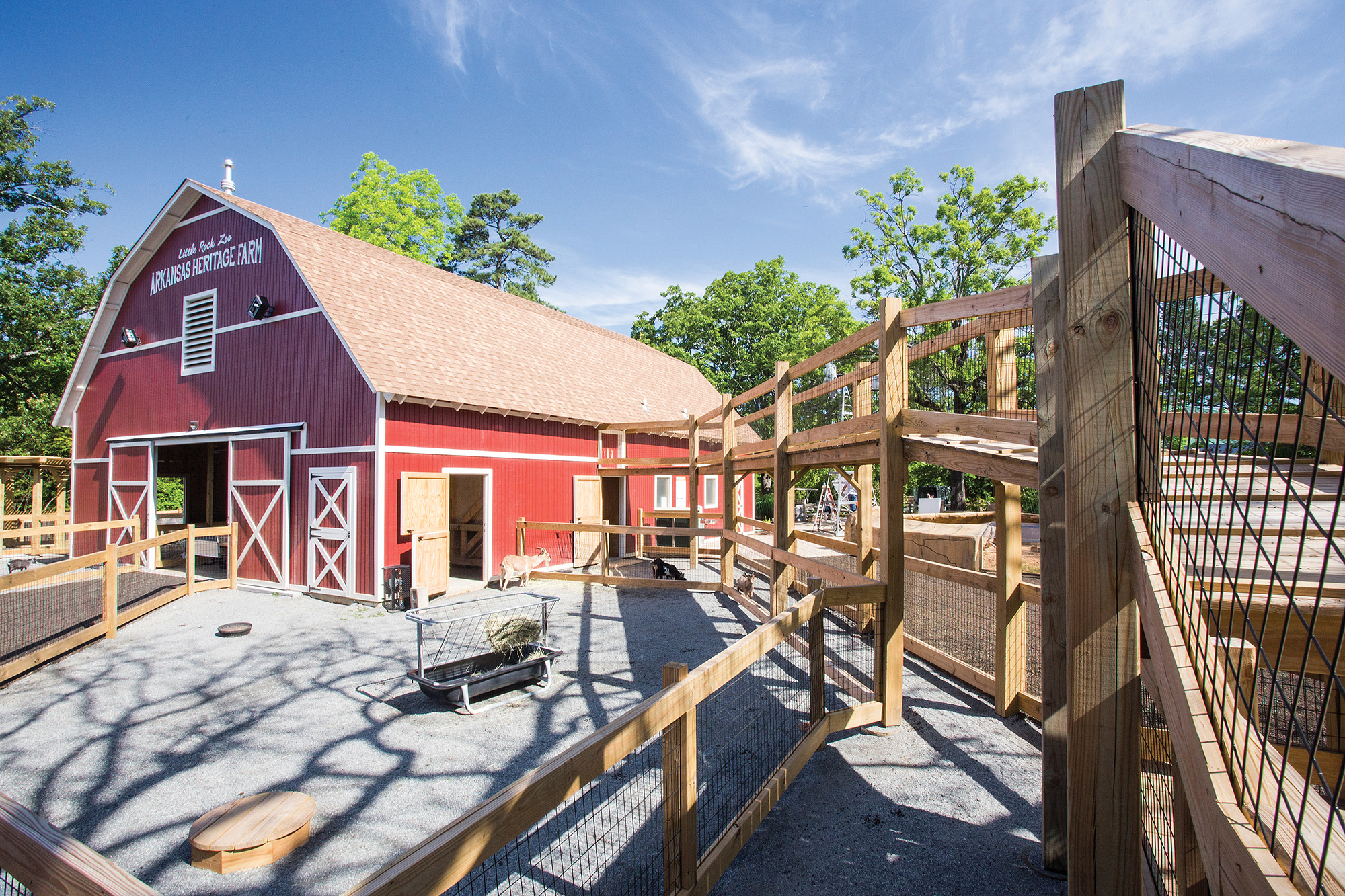 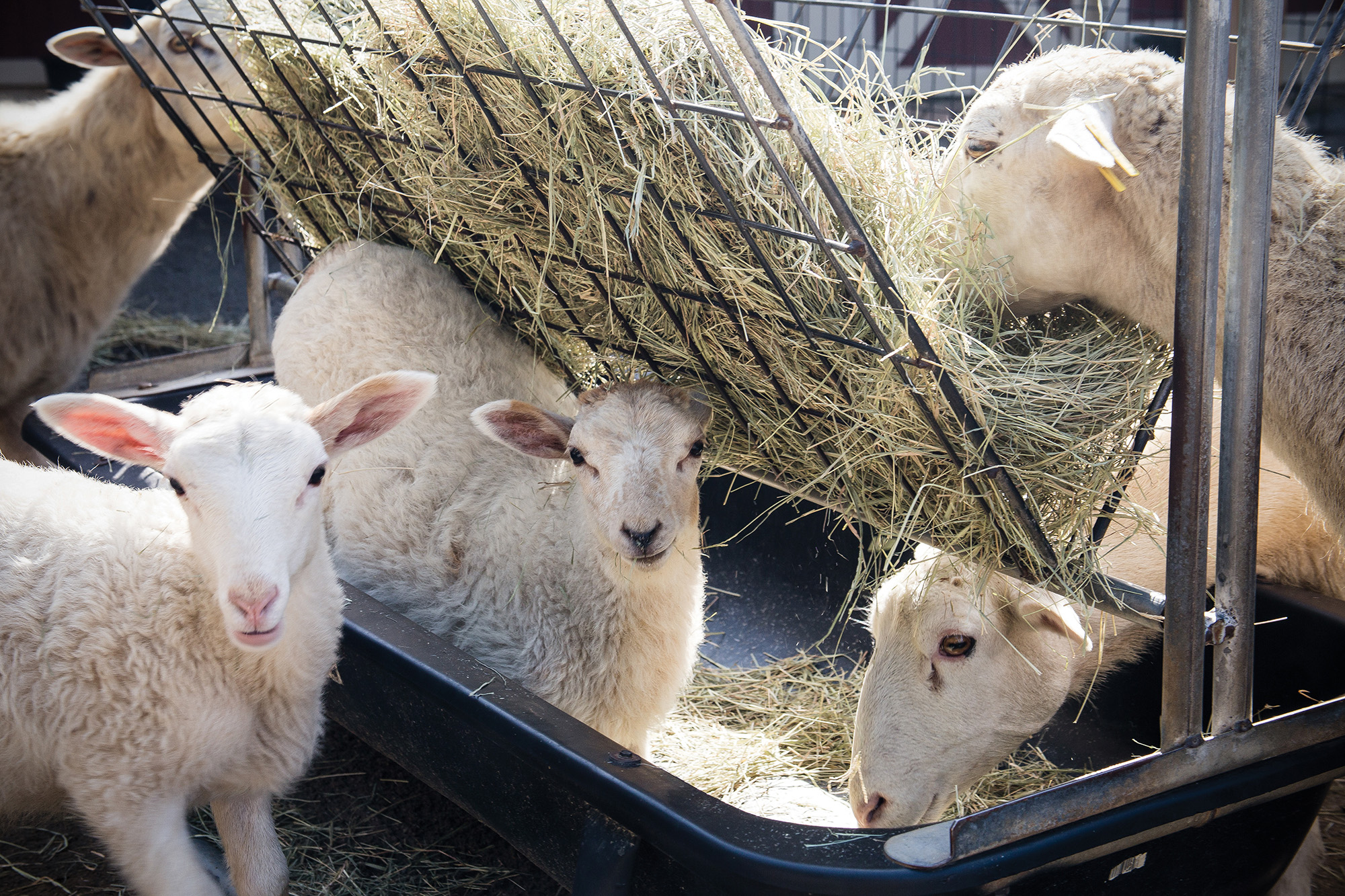 The Little Rock Zoo partnered with Heifer International for its newest exhibit, the Arkansas Heritage Farm. “This is a great new exhibit that was designed to be interactive for children and their families,” Mike Blakely, LR Zoo director, said. “We wanted to tell the story of how agriculture and farming plays such an important role in the culture of our state. Heifer International has partnered with us in a cooperative effort to teach others about sustainability through this exhibit, which showcases standard farm animals as well as several heritage breed animals.

Guests have the opportunity to care for animals by assisting with grooming and feeding. “These animals really have unique personalities and the kids that come to pet them and play with them see that first hand,” animal keeper Lauren Goldstein said. “They get to interact with the animals and learn about them in a way that is fun.”

“For a lot of kids, they don’t naturally understand the correlation between meat and animals, they often think meat just comes from the grocery store, this introduces them to the farming aspect of where some of our food comes from,” animal keeper Jessica Creasy said. 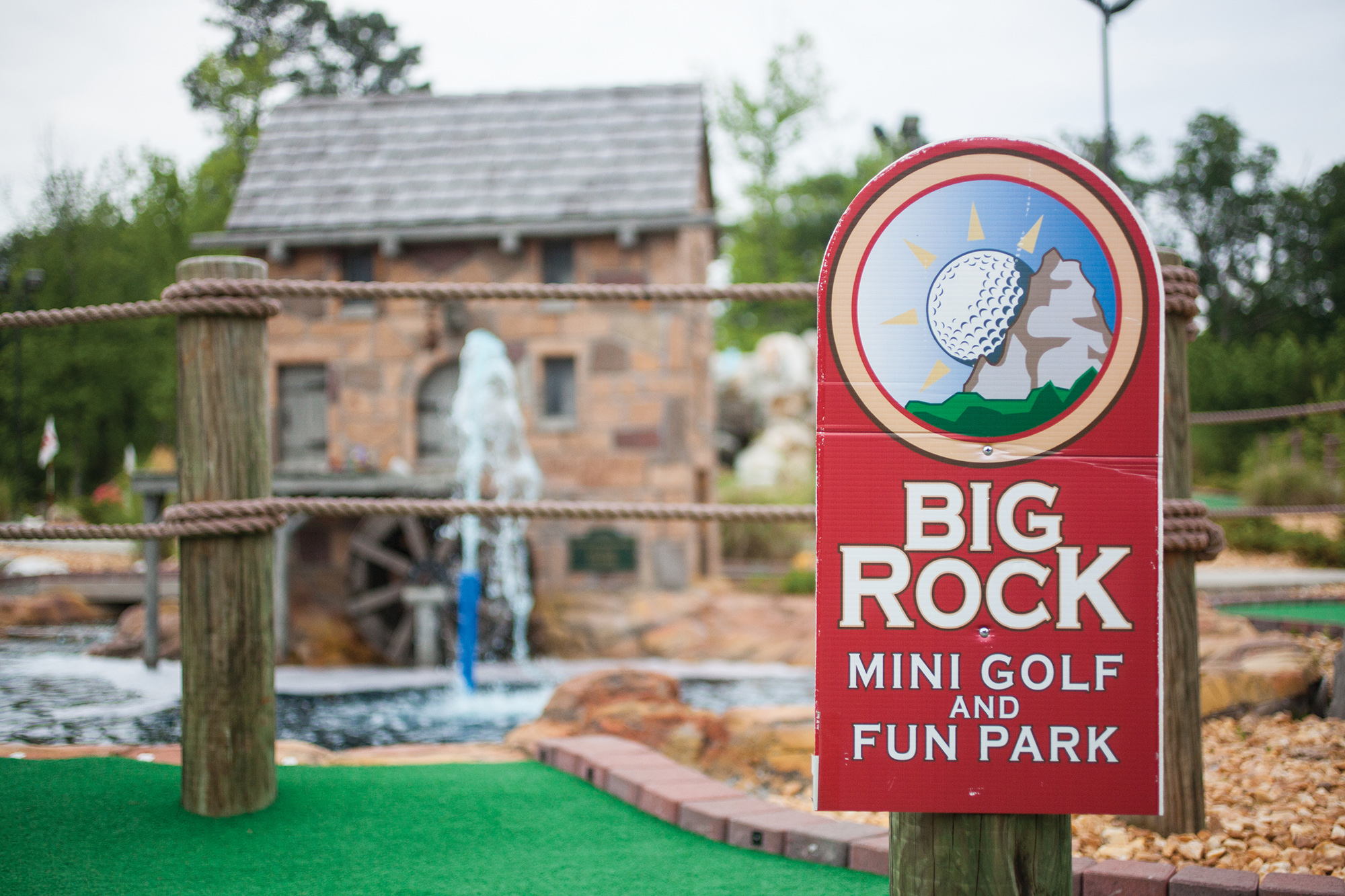 For dessert, I was excited to try the locally famous custard shop, The Original Scoop Dog. Founded in 1999, Scoop Dog serves as a North Little Rock staple. “Everyone should come out and try our hotdogs and custard,” owner Joe Yanosick said. “We offer top-of-the-line, 100-percent pure beef hotdogs, and our custard is made fresh daily.”

Be sure to stop by the bank beforehand; Scoop Dog is a cash-only establishment. 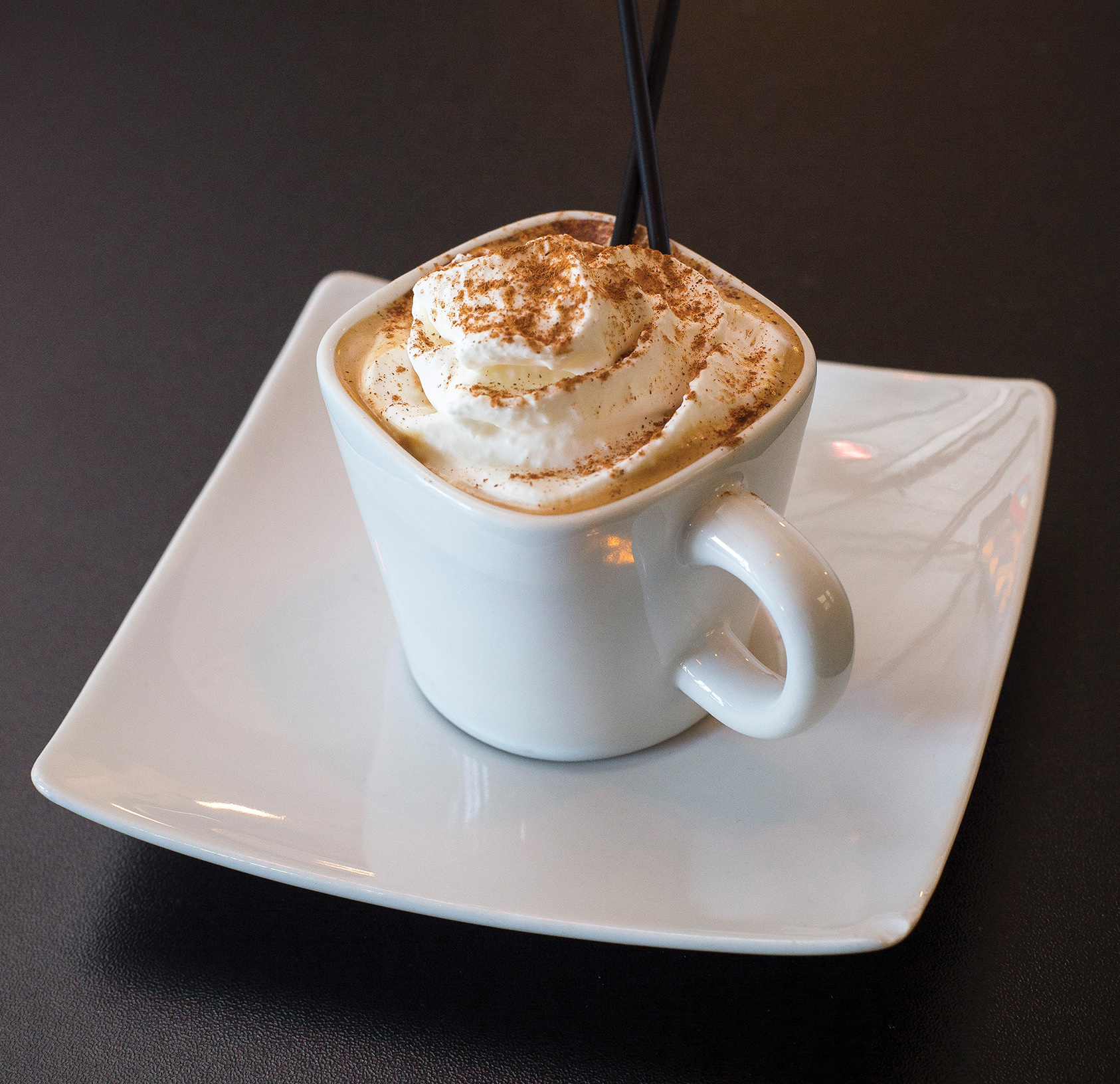 the Shooter McGavin from The Joint

If you are a coffee drinker or comedy fan, The Joint Theater & Coffeehouse may be a place of interest. The shop has a wide variety of coffees and a full bar. The relaxed daytime vibe transforms into quite a lively scene at night.

The Joint bartender Andy Smith said, “We have comedy almost every night that we are open and occasionally we feature musicians.”

The Shooter McGavin is a popular menu item; it’s an espresso containing honey, whipped cream and cinnamon. Smith said, “A lot of customers also love the German chocolate espresso. However, my favorite is on our secret menu, it is called the Vanilla Hääste, a super espresso.”

If you are spending the day north of the river, Flyway Brewing, Core Brewing Company, and Diamond Bear Brewing Company are all noteworthy craft beer experiences.

If you are in the area for a dining experience, North Little Rock has many options including Cilantro’s Grill, American Pie Pizza, Reno’s Argenta Café and Skinny J’s Argenta.

North Little Rock has sports entertainment of all kinds. The city is home to Dickey-Stephens Park, where the Arkansas Travelers play. The park is celebrating its 10th anniversary this year and special anniversary giveaways will take place throughout the season. The third annual Clunker Boat Night will be held June 3, and post-game fireworks will be held June 17.

“The thing I am most excited about this season is our new firework event, Pyro in the Park; it will be huge” Paul Allen, general manager, said. “It will be held Sept. 2 and we want to make it an annual event.”

The Arkansas Sports Hall of Fame, located in Verizon Arena, honors noteworthy Arkansans for a plethora of athletic accomplishments.

“We honor athletes in a diverse variety of sports,” executive director Terri Conder-Johnson said. “Viewings are by appointment only, but we love visitors.”

Little Rock and North Little Rock have much more to offer … this is just the tip of the iceberg.

For more about attractions, entertainment, dining and shopping, log on to littlerock.com and northlittlerock.org.

Little Rock Zoo Welcomes New Lion to their Pride
May 3, 2021

Tequila: The Perfect Companion for Your South-of-the-Border Fare
April 30, 2021
Go to Top
Never Miss An Issue!