[pullquote]Above Photo: Superior Bathhouse Brewery and Distillery began filling taps with its own brews in January. They also sell other craft beers. [/pullquote][dropcap]If[/dropcap] you’ve visited Hot Springs lately, you’ve likely noticed that the blending of old and new is evident just about everywhere you go.

Downtown is home to a bathhouse-turned-brewery, a new coffee and tea shop with innovative brewing techniques and a 90-year-old jewelry store. Beyond downtown, visitors will find a longtime staple for cookies and cakes, botanical gardens that transform seasonally and a newly renovated Mid-America Science Museum. 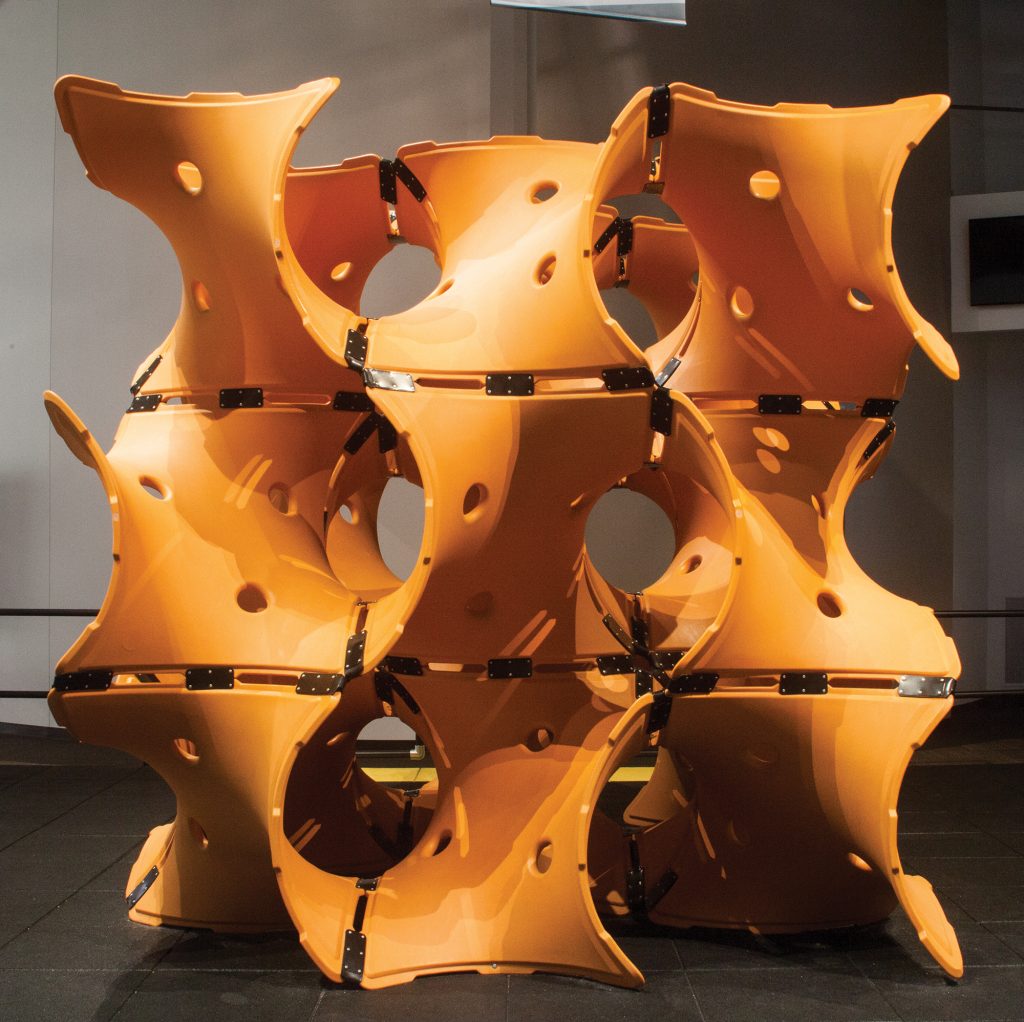 The landmark museum offers visitors a glimpse into the future while staying true to its past. The museum recently underwent a $7.8 million renovation, the first since it opened in 1979, Jim Miller, director of marketing, said.

Closed for about seven months, Mid-America re-opened in March with record attendance. Miller said about 12,000 people visited during spring break, which has been the normal visitation rate for all of March.

“I grew up coming here, but it’s way cooler now,” he said. “It’s an exciting time for the museum.”

New attractions include the Marvelous Motion Gallery and Science Skywalk, along with video components, a tinkering studio and a 10-foot gyroid. Miller said the new Digital Dome Theater, with a 180-degree screen and 50 seats, offers outstanding educational possibilities.

Longtime visitors will be pleased to see that several “throwbacks to the roots of the museum,” as Miller describes them, remain, including the Tesla coil, the Underground Arkansas cave and the three Rowland Emett kinetic art sculptures.

“All exhibits completely grab the attention of today’s kids,” he said. “In a society where every 7 year old has an iPad, this type of museum grabs their attention, and they learn.”

Another must-see on any Hot Springs to-do list is a visit downtown to Central Avenue. This stretch, lined with 100-year-old bathhouses, restaurants serving delicious fare and a host of eclectic shops, features something for everyone to enjoy.

The newest kid on the block is Kollective Coffee and Tea, which wife-and-husband team Agnes Galecka and Kevin Rogers opened in early April. As the name implies, it’s a coffee and tea shop, but the brewing techniques are unlike any other in town and resemble a “big science experiment,” Rogers said.

At Kollective, located at 110 Central Ave., pour-over brewing is the main technique for coffee, which is direct-sourced from Onyx Coffee Lab in Springdale, Arkansas. The process takes 3.5 minutes. Cold-brewed coffee and tea are on tap, using a nitrogen-steeping process and spring water, but no heat, he said. What’s on tap changes regularly.

Looks are definitely deceiving when it comes to the cold brews. The coffee closely resembles a carefully poured Guinness, and the teas look like a pale ale or other lighter variety of beer.

Rogers and Galecka, who previously owned local music venue Maxine’s Live, wanted to maintain much of the original look of their space, which is more than 100 years old. They kept the exposed brick and used reclaimed wood for the furniture. They’re dedicated to creating a community space and plan to offer poetry nights on Wednesdays, along with live music and speakers.

Stop by for breakfast and sample a pastry made by Arkansas Fresh Bakery in Little Rock. (An extended breakfast menu will be offered soon.) They open early, at 6:30 a.m. on weekdays. A cup of joe or one of their 24 varieties of organic tea is a good start for a day of shopping and exploring Central Avenue. 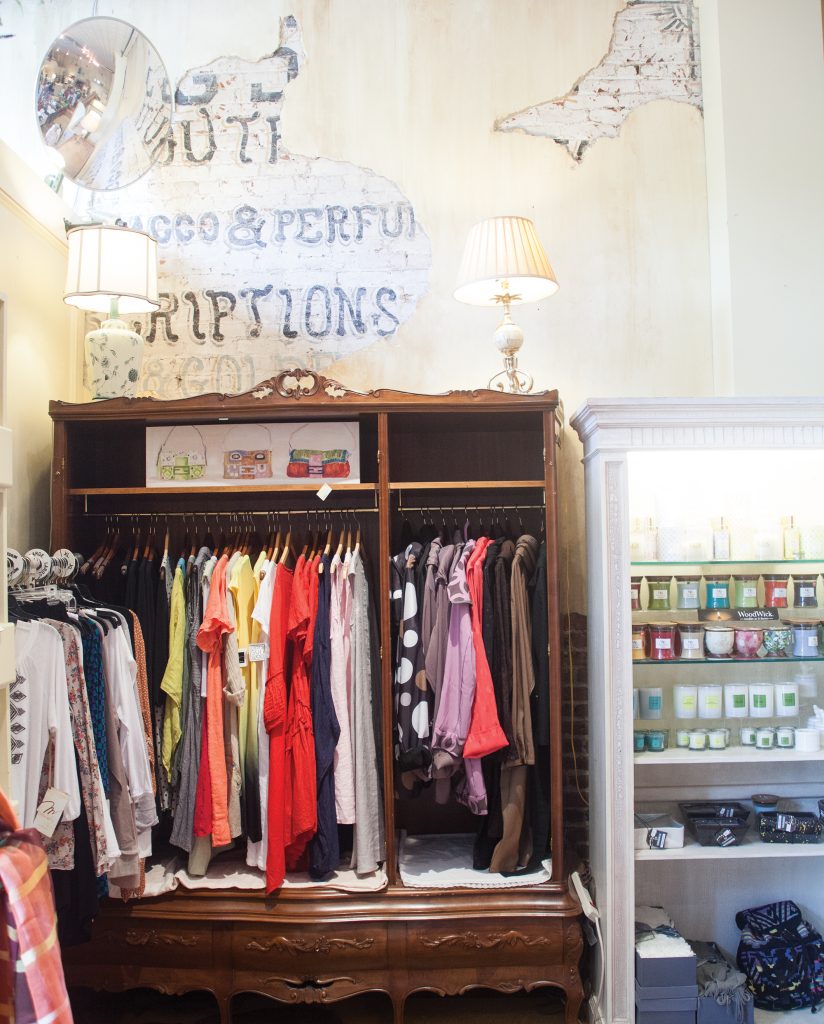 The Villa Gifts
Proudly sells products made in the United States, Europe or third-world countries, or that are fair trade.

Next door to Kollective is the Villa Gifts, a city staple. Owner Claire Graham, who has been in business for 21 years, 10 in her current location, strives to offer unique items — luxurious pajamas, jewelry, Fossil bags and 12 bath-and-body lines — that no one else sells. She also only carries products made in the United States, Europe or third-world countries, or that are fair trade. 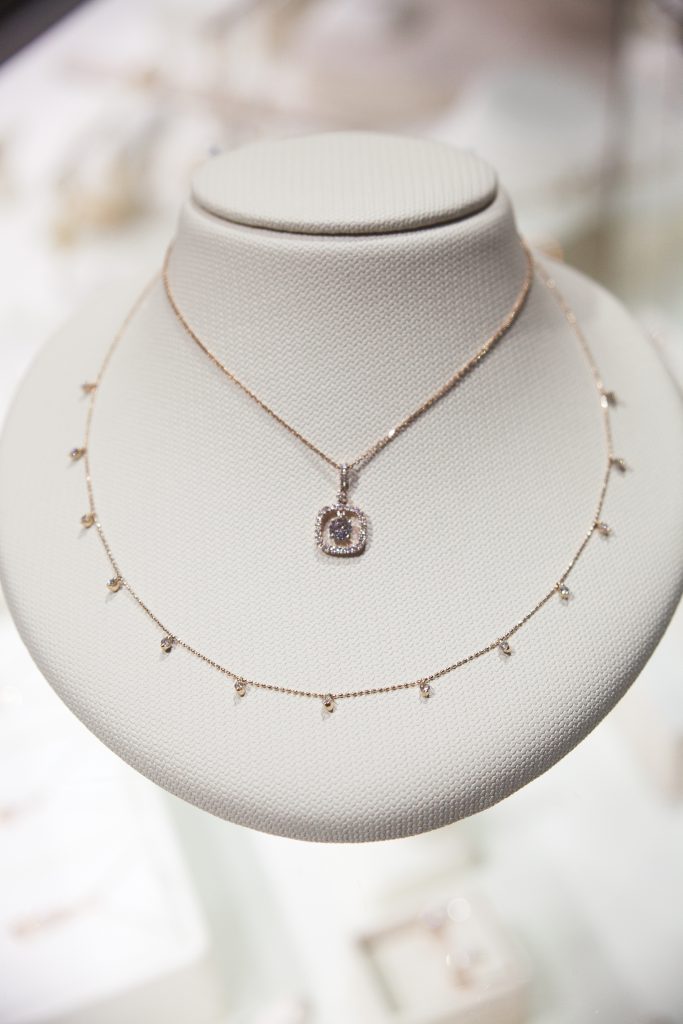 Another shop, Lauray’s The Diamond Center at 402 Central Ave., has been around since 1924. Owner Mark Fleischner’s grandfather started it all. The store carries custom-made jewelry, along with affordable lines like Pandora and Alex and Ani. Lauray’s also has its own diamond cut, called Lauradiant, which features 22 additional facets, Fleischner said.

When it’s time to grab a bite to eat, Hot Springs is full of restaurants, cafés and bakeries, both on Central Avenue and beyond. So, choosing what to eat is a tough decision.

Superior Bathhouse Brewery and Distillery perfectly blends old-world Hot Springs with the current craft beer and “eat local” movements. Housed in the former Superior Bathhouse, the building dates back to 1916, according to owner Rose Schweikhart.

Plus, the location provides access to thermal spring water, which ranges from 130 to 140 degrees and is low in minerals. Brewer Jimm Powell said this saves on energy costs and offers a clean slate, because they can add minerals to make any style of beer. It also means they live up to their motto: “Hot Springs untapped.”

The brewpub opened in July 2013 to develop a local beer culture, Schweikhart said. They first put their own beers on tap this January. In the meantime, they filled their taps with other craft beers and developed a menu full of “good, beer-drinking food,” including sandwiches, salads, small plates, and meat and cheese plates. The beer brats are a bestseller.

At any time, five to nine of the beers on tap are theirs, Powell said, and the Hitchcock Spring Kolsch is the most popular. An amber, Belgian honey ale and IPA will soon debut. Visitors can also enjoy a beer bath: a sampling of 18 beers, which Schweikhart said equals about four pints and offers “good selfie potential.”

The brewpub holds regular events, including tap takeovers, and they plan to open a beer garden by fall. It’s open for lunch and dinner.

There are several other standout eateries on Central Avenue. Some favorites include Rolando’s, 201 Central Ave., where they serve Ecuadorian fare; Belle Arti Italian Ristorante at 719 Central Ave.; and the Porterhouse Steakhouse nearby at 707 Central Avenue. 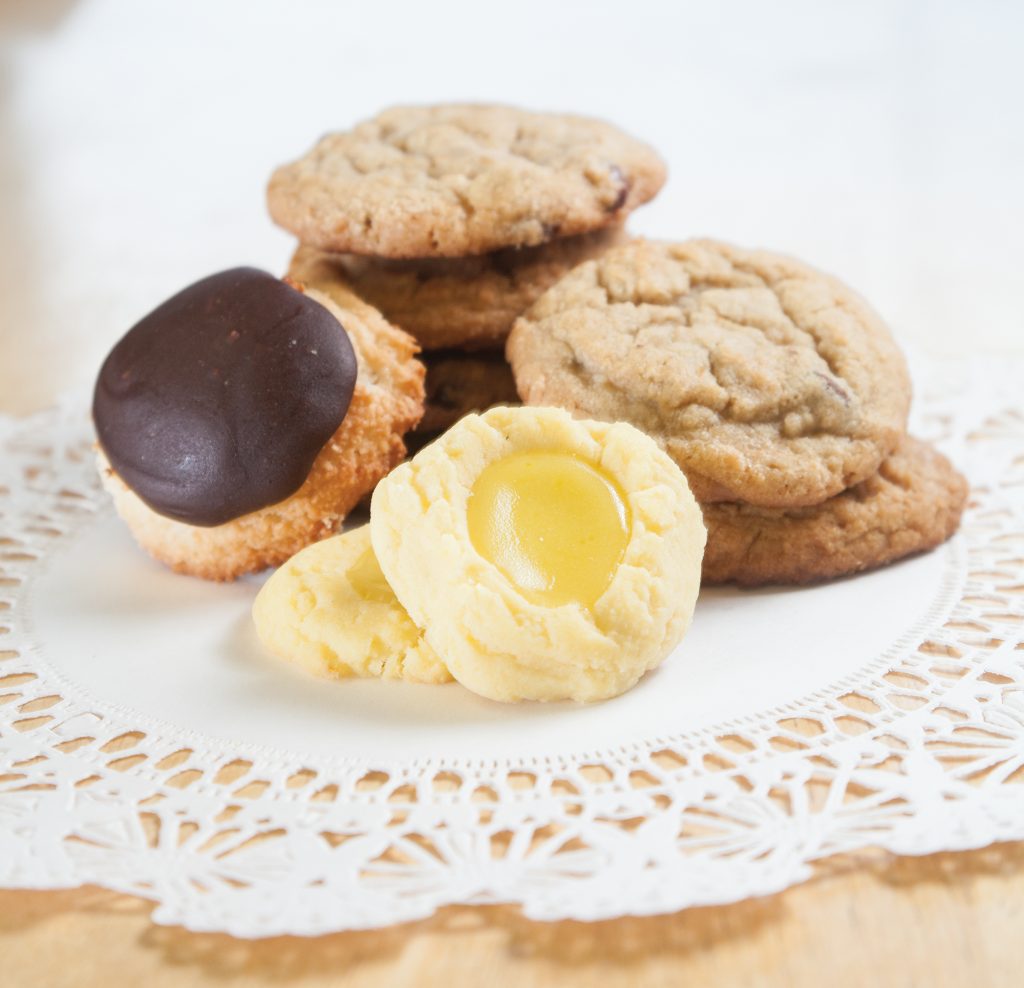 DeLuca’s Pizzeria at 407 Park Ave. is one of the newest additions to the Hot Springs dining scene. The restaurant serves authentic Napoletana brick oven pizza and has become popular among locals and visitors. However, this spot is only open Thursday through Sunday for lunch and dinner.

Known for its Italian cream cake, Ambrosia Bakery Co. has sold sweets and custom-made cakes for nearly 20 years, owner Millie Baron said. Every day the bakery has an array of cookies, pastries, breads, brownies and lots more. It’s located at 3909 Central Ave., away from the downtown hub.

Also beyond downtown lie some of Hot Springs’ most notable attractions, including Oaklawn Gaming and Racing, with live horse racing from January to April and gaming machines year-round, and the 210-acre Garvan Woodland Gardens.

Garvan’s botanical gardens provide a beautiful landscape that changes seasonally and includes many spaces to explore. Beginning May 8, the gardens will feature “Mystic Creatures: Topiary Art Takes Flight,” a custom-designed exhibit of plants in mosaic-like patterns. The exhibit includes a 40-foot sea serpent, a fairy village, a family of marching mushrooms, and a new 20-foot-wide flaming phoenix with a nest of mystic babies.

No matter which attraction or what area of the city you visit, there’s likely a good mix of old Hot Springs with new places to check out. As new businesses open and the city’s best-known attractions evolve, local business owners are dedicated to ensuring that the city attracts a new generation of visitors. Rogers of Kollective confirmed this: “We strive to bring better attractions to Hot Springs.”