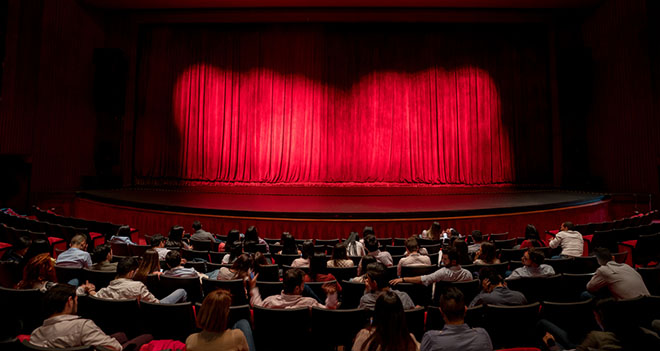 The Arkansas Repertory Theatre has announced that William Trice has been named the theatre’s new executive artistic director. Trice, a Little Rock native, has served as a Broadway producer in New York since 2010, producing work that has earned him three Tony Awards and five nominations. 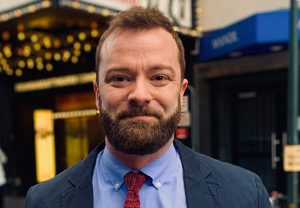 “After the year we’ve been through with suspending productions and re-evaluating our entire operations, we’re thrilled to have Will join our team,” says Ruth Shepherd, The Rep’s board chair. “He is uniquely positioned with his vast experience and ties to central Arkansas to lead at this specific point in The Rep’s history.”
As executive artistic director, a newly-created position, Trice will be responsible for management and budgeting in addition to providing the artistic vision. He assumes his new role officially in August but has been serving as a consultant since December.
“I couldn’t be more excited to join The Rep’s staff, board, supporters, and audiences, as we continue its rich tradition of entertaining and inspiring theatre in Arkansas,” Trice says. “The way this organization has rallied over the past year shows how much The Rep is cherished, and it’s an honor to have a role in mapping its future.”
Trice has served as a producer for nearly 30 productions on Broadway, the West End, and National Tours. He is a three-time Tony Award Winner for All The Way, staring Bryan Cranston; the Steppenwolf Theatre Company’s Who’s Afraid of Virginia Woolf; and Porgy and Bess, starring Audra McDonald. He was also nominated for five Tony awards for his work on Fiddler on the Roof; The Royal Shakespeare Company’s Wolf Hall, You Can’t Take It With You starring James Earl Jones and Rose Byrne, The Glass Menagerie starring Cherry Jones and Zachary Quinto; and Gore Vidal’s The Best Man starring John Larroquette and Candice Bergen.
Prior to his career in producing, Trice served as a business analyst with management consulting firm McKinsey & Company, an artistic administration associate with The Metropolitan Opera, and a strategic growth associate with alternative asset managers D.E. Shaw & Company. He holds degrees from Southern Methodist and Northwestern Universities.
Trice, a 1997 graduate of Central High School, began his theatre career on stages in central Arkansas. In fact, he appeared on The Rep stage in 1994 as a young actor in the production of Neil Simon’s Lost in Yonkers.
“The Rep taught me what it means to be a professional theatre-maker,” Trice says. “I was lucky enough to grow up in a community that values the arts and supports institutions presenting music, dance, opera, visual arts, and theatre – all with superb quality. I can’t wait to come back home and help create The Rep’s next edition of a great night out.”
READ MORE: Arkansas Symphony Orchestra Set for a Great Year of Music