Catching up with Joel Carr, Executive Chef of Private Dining at the Capital Hotel 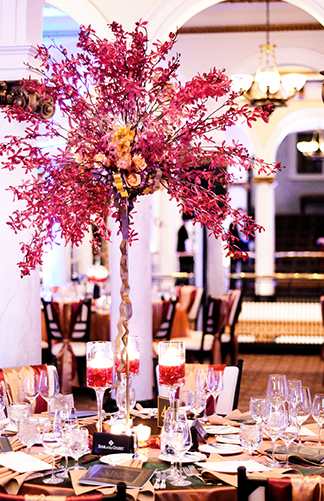 Joel Carr is happy to be home.
“I always had plans of being here in Little Rock,” says Carr, a native of North Little Rock, recently promoted to executive chef over private dining at the Capital Hotel. “I always wanted to wind up here. I kind of knew this was always home but I wanted to go out and learn cuisines from all over so that whenever I did decide to come home and do something on my own, I would be able to bring those to the table.” 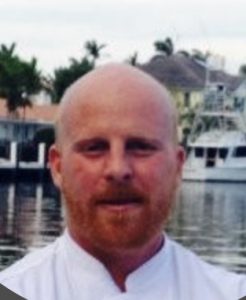 Carr, who helped to open The Fold Botanas & Bar in 2013, has since spent a few years as a private estate and yacht chef.
“I worked for a family from Monte Carlo and I traveled with them about nine months out of the year. Kind of in between my trips I would come back to the Capital Hotel and let some individuals take vacations and just kind of keep my hands busy in different departments,” he says. “I worked on boats and vessels in Fort Lauderdale and Miami, and I ended up connecting with a family that lived in Europe and they had a boat that was on Lake Powell in Arizona and Utah and I would go and work on their boat out there and that kind of led to my going over to Europe and to the Bahamas in early spring, early summer.”
Food has long been a central part of Carr’s life, his childhood full of family gatherings for big holiday meals in Wichita, Kans., and summers spent helping his grandfather smoke meats and cook barbecue at his restaurant, Pete’s BBQ, in Rock Hill, S.C.
“It was always this big, happy, fun time and that’s kind of the reason that I do it, because it brings people together and it’s enjoyable and those are kind of the memories that I have that pointed me to sticking with it,” he says.
Carr majored in hotel and restaurant management at the Art Institute of Colorado in Denver. Starting out, he thought he wanted to be a food and beverage director or a general manager, but he was drawn to the culinary side of his education.

“Once I got in the kitchen it was like, ‘Hey, I might kind of like this instead,’” he says. “I finished up the program but I decided that maybe the culinary aspect would be another feather in my cap in approaching a hotel looking for a food and beverage management position and that ended up taking me out to Virginia and working in Washington, D.C., and I was all over the east coast and then I moved down to Dallas and I was in the process of moving to Chicago and I unloaded my U-Haul and stayed here with the love of my life.”
Carr enjoys cooking for his, wife, Sarah, and 16-year-old son Jackson Elliott, though he jokes that his favorite kind of meal on his off-time is the kind someone else prepares. In reality, now that he’s no longer traveling as much, he does spend some time preparing special meals.
“I’m kind of someone who roots for the underdog and maybe tries to introduce some things that are overlooked and I am very simple in the approach but kind of refined in the technique. A lot of people like to call themselves ingredient-focused and farm-to-table and all that kind of stuff, farm-to-fork, whatever,” he says. “I like communal style simple food that everyone can try and relate to, but I like to draw attention to the things that have been forgotten.”
READ MORE: Little Rock’s Capital Hotel Offers a Unique Private Dining Experience