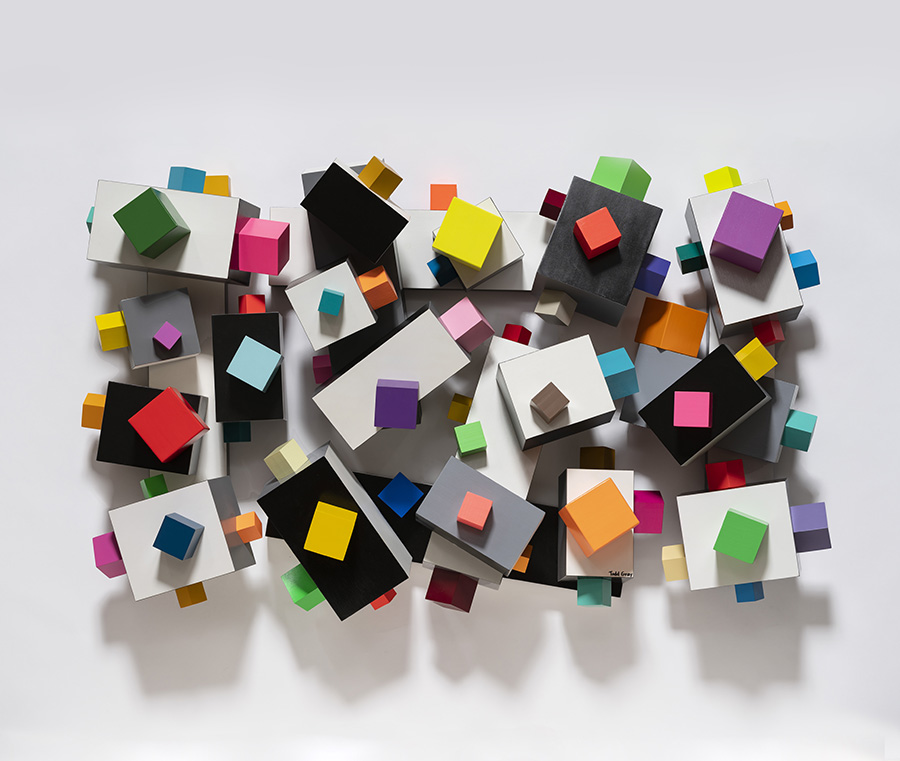 By Caleb Talley | Photos Courtesy of Fort Smith RAM
Visitors to the Fort Smith Regional Art Museum (RAM) in the month of September will have the opportunity to experience the place where energy and momentum meet.
Sculptures created by artist Todd Gray will be on display in an exhibition titled Pop Geometry, offering the public a chance to explore the balance of objects and spaces while capturing the position of a pop movement.
The exhibit, which opened in August, incorporates well-known impressions of pop-art forebears, such as Roy Lichtenstein and Andy Warhol, through shapes and numbers. 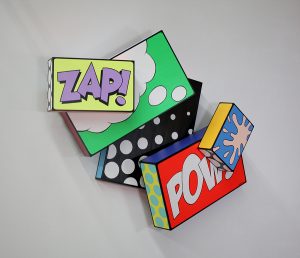 “Todd Gray is a fantastic artist, and we are thrilled to have his work here,” says Melissa Conry, of the Fort Smith RAM. “Pop Geometry has many inspirations, from comic books to emojis to Andy Warhol… We’ve been anticipating his work here for almost two years now, and seeing the sculptures in person has far surpassed our expectations.”
According to Conry, Gray’s work adds another unique physical element to the museum’s great collection, which also includes sculptures from David Hayes (opening Sept. 7) and the Touch Gallery (open now), which allows visitors to explore mediums with their sense of touch.
“It’s one thing to see art in a photograph, but to actually see it for yourself is nearly hypnotizing,” says Conry. “We put a lot of thought and effort into choosing what exhibits we display here at RAM, and then getting the exhibit built and put on display is a whole different deal, so this is a very exciting time for us.”
Gray’s paintings and sculptures embrace the vibrant duality of history and newness, featuring a number of brands that visitors would likely recognize from both today and days gone by.
“My favorite piece in Todd Gray’s exhibit is titled Lucky Charms,” says Conry. “It’s one of those works that just makes you feel excited when you look at it. It kind of takes me back to when I was a kid, at a much simpler time in my life, where everything was just shapes and colors to me. 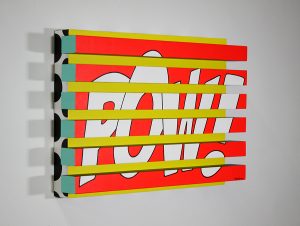 “The artwork depicts several small and colored cubes covering a large white surface, kind of like those foam pits you would see in a trampoline park or in a gymnastic class,” she adds. “That’s where it takes me, back to when I was a kid with no worries in the world… We love this exhibit because all ages can enjoy it. Kids love it because it’s colorful with comic book strips. Adults seem to love it for the exact same reason.”
Conry says the museum’s highly anticipated Touch Gallery is now open, and it represents a lot of hard work on behalf of the RAM staff to acquire the exhibit.
“We recently opened the Touch Gallery, a permanent display where you can touch everything,” she says with excitement. “This is something we have wanted for a long time. We’ve always thought, ‘What if people could touch the art?’ Well, now you can do just that.”
The Fort Smith Regional Art Museum is also the temporary home of Modern Master David Hayes: The Ventana Series. This exhibition features sculptures created by Hayes that incorporate works inspired by organic forms. The exhibit opens to the public on Sept. 7, but an opening reception for RAM members will be held on Sept. 6.
Tickets are free to members. Non-member tickets to Todd Gray’s Pop Geometry, which runs through Nov. 18, are $10. For more information, visit fsram.org.