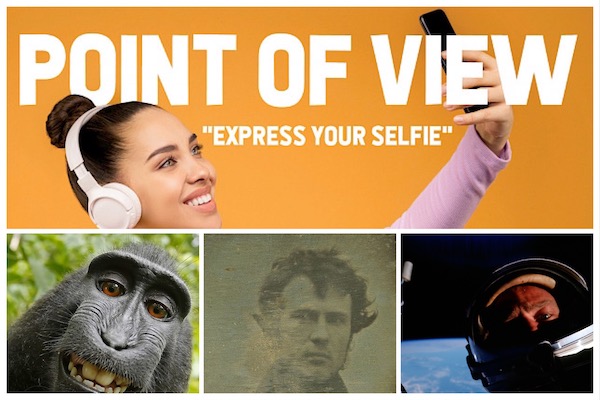 Oh, this is definitely clickbait. Camera clicks, that is. The source is surprising though – Hot Springs’ Mid-America Science Museum. Now you know you can’t possibly resist this bait. For those who like to keep the camera clicking, there’s a new exhibit you’re going to want to see: “Point of View: Express Your Selfie.”

On any given day, this place is a great backdrop, making your gallery plump. “Point of View,” though, is the museum’s first camera and selfie room exhibit. For most visitors, especially children, it’s a display of items some of which might be totally new to you.

“Photography isn’t as simple as you may think it is,” explains Hayley Chronister, the museum’s creator of this exhibit. “It’s this long history of inventors and scientists coming together to perfect something we use every day to capture memories.”

Ranging as it does from an 1899 Kodak to a 2008 Nikon, this exhibit is like your smartphone’s family tree. For this yearlong event, Chronister curated pieces from the private collection of Jessica Mansilla of Mansilla-McGrew Photography in Hot Springs. Don’t worry though; girl still has a few at home, around 300 or so. Chronister, whose official title is that of educator, self-admittedly has a love for storytelling. The history of the camera is one story she wanted museum visitors to know about. Photography, she relates, is more than one-dimensional.

Having been an art history major, Chronister sees not only the science behind the camera but photography as an art form. She mentions the “camera obscura” which is Latin for “dark room.” While that term was later used as the room in which film was developed, it actually originated in the fourth century. To create a specific form of art, one would go into a dark room, one wall of which had a hole in it which served to let sunlight in. This projected an image on another wall. The image was then drawn, not captured as we have with photography. But the thought process was perhaps the birth of photography. Mansilla, the photographer, has also merged the two media with her photos of cameras captured on canvas. They’re there, too — perfect background for a selfie.

Yes, we know you’re itching to start clicking. Chronister thought of that, too, and enlisted the skills of Ben Wilkins, the museum’s exhibit technician. Wilkins was not only indispensable in setting up the camera display, but in creating the selfie room. This being an interactive museum, “self” yourself in an optical illusion by posing with the brightly colored striped wall. Frame yourself in the freestanding wall with a Polaroid cut-out of lights. Work those mirrored walls in what is actually a full circle of history. When cameras were huge, bulky, they were hard to turn and point toward one’s self. So, people then were also routinely posing in front of mirrors.

Have fun, rack up the selfies and leave knowing that “Point of View: Express Your Selfie” might just be your best clickbait yet.