Face Behind the Place: Amy Counce of Nexus Coffee & Creative 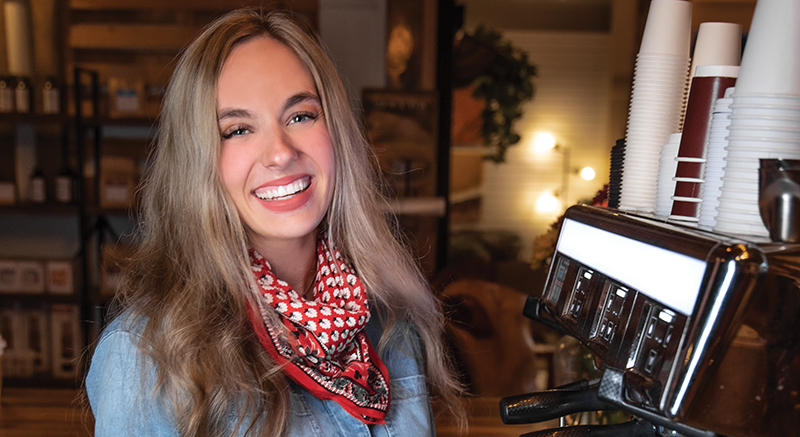 Face Behind the Place: Amy Counce of Nexus Coffee & Creative

Amy Counce exudes a confident determination, that much I can tell while sitting across from the co-owner of Nexus Coffee & Creative one morning. She’s ready for my questions, excited to tell me about her journey and what the future holds. That journey started with an idea written on a napkin in 2016 and later came to fruition with the July 2017 opening of Nexus in the heart of downtown Little Rock.

Amy speaks mostly in “we’s,” constantly deflecting credit toward her co-workers and mentors, like her father, Matthew Moorehead, and coffee-industry aficionado, Fidel Samour of Fidel & Co. This “village,” as she refers to it, along with a fueling of the mind by reading books on leadership and various other business practices, have helped guide her. “I have to be a sponge,” Counce says.

From the beginning, her goal for Nexus Coffee & Creative was simple.

“I wanted to create a gathering place,” she says. “I spent so much time in college at different coffee shops, and I just loved the atmosphere.” 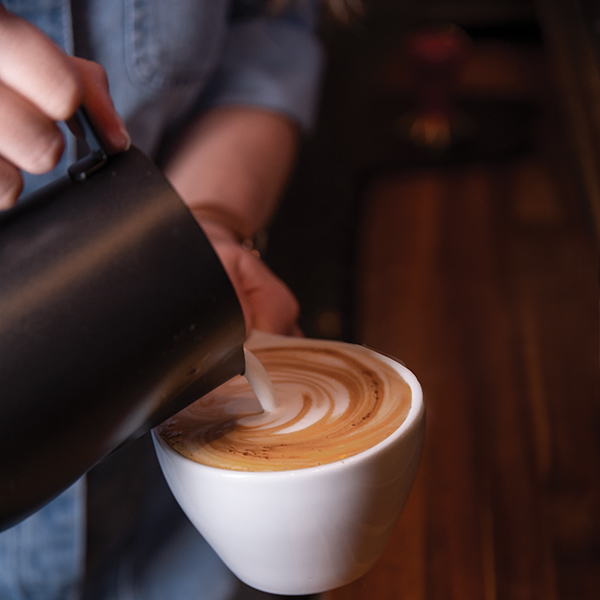 Now, more than four years into this venture, Counce is right where she wants to be, growing a business she loves and surrounded by a village she loves, all taking place in a building she loves. The owner even met the love of her life, Reid, inside Nexus, just two weeks after opening the shop. The two married in 2019.

But make no mistake, Counce isn’t resting on her laurels. She is driven to improve the business, not just for personal fulfillment, but for the growth of her teammates and the community as a whole.

“We want to build a coffee culture,” she says. “I realized that we had to have multiple revenue streams in order to provide sustainable pay for our team, a career path that offers ways to build and grow within the company. So now we offer different leadership roles. Serving coffee all day isn’t going to pay the bills and take care of our village and really get to grow in the way we want. So, we decided to add on. We doubled in space. We added on a roastery business that we started this summer. We added on a bakery partnership with Nona [Pruitt] that we officially launched this year. From there, we also have retail. We added a local mercantile that supports about 15 local businesses throughout Arkansas, which is very exciting for us.”

Over the past year — and throughout much of the pandemic, for that matter — Counce has made it a priority to empower those team members. That includes offering employee benefits, holding weekly team meetings and working in more off-site meet ups at places like bowling alleys and restaurants. It has all helped build a camaraderie among the staff.

“That’s just as important as making sales. If you don’t have a healthy culture, you’re not going to hit your numbers.” Counce goes one step further about her co-workers, “Their dreams can happen within this dream. That is possible.”

Recently, Nona Pruitt, who has long been responsible for the tasty baked goods at Nexus, officially became a partner in the business and introduced her side project under the Nexus umbrella, Nona Bakes.

“She is my back-of-the-house, my right hand,” Counce says. “She is that strong voice, the mother of the ship, and she has always wanted to have a bakery.”

Nona Bakes plans to dive into catering, custom cakes and pastry boxes. People can customize orders or take items to-go from the shop.

On the coffee side, Counce hired Chace Brooks as roaster and wholesale manager. He’s operating the roastery like its own entity, with plans on ramping up wholesale and coffee box subscriptions.

As Counce says, “Our goal is to be more accessible within the coffee community.”

And as the name suggests, Nexus Coffee & Creative is not just about java. The space, which doubled in size in 2020 after Counce took over the other half of the building, is now home to multiple stages and increased square footage for gatherings.

“We’ve brought back events, but we’ve sort of recreated and focused in on what people are needing and asking for right now,” Counce says. “It’s not just about what works for us, but what is helping the community.”

As for the future, things look bright for Nexus. And while it is easy to envision this concept excelling in multiple locations, Counce is hesitant to expand in that manner. Instead, she wants to grow in the current space.

“This is a historic building,” she says. “It’s over 115 years old, and there is more room. Instead of spreading ourselves thin with multiple locations and not being present, we’d like to have a mothership location where we’re utilizing the entire square footage of this location.”

Just what does that mean? More workshare space, co-working rooms and studio spaces.

As we wrap up our conversation, I ask Counce a question for which I already knew the answer: “Do you love what you do?”

“I really do,” Counce says. “It’s not easy. It’s not always perfect. There are going to be challenging times and hard conversations and tough situations to deal with, but I can genuinely say I am in that dream job. I’m in that dream job in my late 20s. To me, I never need to take that for granted.”

How many people can say they’re in their dream job? Well, according to Counce, “I want more people to say it. I want it to be me and everyone in the room.”

I’ll raise my cup of cold brew and cheers to that. 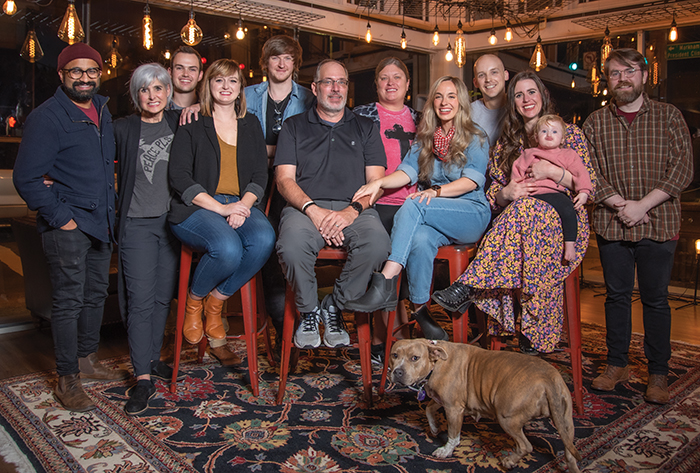 What is your favorite book?

Start with Why by Simon Sinek.

Who has inspired you from a business standpoint?

I have been inspired by our local makers, the Arkansas artisans, but I’m also grateful for Fidel Samour of Fidel & Co. From the beginning, he’s always been so willing to help. He wants to build a coffee culture in Little Rock, just like I do. He’s been a great business mentor.

Where in Arkansas do you enjoy spending time outdoors?

I really love the Ozarks. Arkansas has 52 state parks, and I am doing the passport right now, where you can go to all the individual state parks and check them off.

What was your favorite Christmas gift as a kid?

Ahh, a trampoline. I was 8 years old. We jumped on that trampoline for probably a decade.

Yes! I like to bake when Nona is not around, but I also like to cook for my husband, Reid. He loves my turkey spaghetti. We’re big pasta eaters. We love Italian food, so I am always experimenting with lasagna.

How many cups of coffee do you drink each day?

You would be surprised. I try to have only one or two cups in the morning. After lunch, I usually switch to green tea.

YOU MAY ALSO LIKE: Heather’s Favorite Things: Nexus Coffee & Creative