Face Behind the Place: Ben Brainard with Big Bad Breakfast 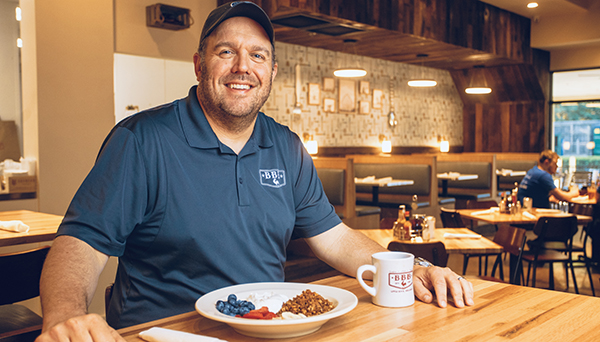 One restaurant, three words, several locations across the nation: Big Bad Breakfast. The popular breakfast destination has locations pitched across the South, but has only recently set up camp in The Natural State, officially opening its doors to its Little Rock location earlier this summer.

Big Bad Breakfast is best known for the experience it offers at all of its locations, and Owner Ben Brainard, in partnership with John Currence, has created a breakfast experience like no other in Little Rock. The breakfast joint may have opened in 2022 in Arkansas, but Currence, a James Beard Award-winning chef, founded Big Bad Breakfast back in 2008 in Oxford, Mississippi.

And while the inaugural location is in Mississippi, Brainard said that the food is heavily influenced by New Orleans-style cooking, where the chef behind the restaurant was born and raised.

Chef Currence has said that food is as much a part of life as air or water in New Orleans, therefore, food was part of everything he and his family and friends did.

The menu for the Little Rock location is full of breakfast options, both sweet and savory. With options for skillets, eggs, pancakes and more, Big Bad Breakfast offers many of its classics – including its Big Bad Cold Brew, French toast and fried oyster scramble. While this is a breakfast stop above all else, Big Bad Breakfast also serves lunch, offering salads and sandwiches. 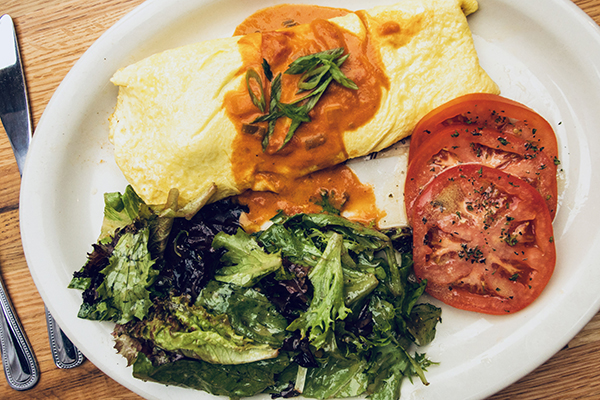 According to Brainard, there is an option for everyone on the menu. His current favorite may be the veggie omelet with egg whites, but he also really enjoys the shrimp and grits.

“John Currence has to make the best shrimp and grits I’ve ever had,” Brainard says. “But, I also think – actually, I know – we execute omelets better than any other breakfast place. We’re very meticulous about preparing them.”

Brainard also mentioned the breakfast spot’s small cocktail menu – perfect for brunch – with its specialty drinks such as the Breakfast Dude, made with Big Bad Cold Brew, cream, vodka and kahlua, or the Big Bad Bloody Mary, made with the house-made bloody mary mix. Also on the menu is Cathead Vodka, which comes from a distillery local to Jackson, Mississippi.

In addition to the breakfast margarita and freshly squeezed mimosa that are also offered on the short list of cocktails, Brainard decided to feature a rotation of a couple of local beer brews at a time. Currently featured brews include Flyway and Lost Forty Beer, and the breakfast joint has previously featured Ozark Beer Company brews as well.

“Arkansas breweries are just so incredibly good now, so we are planning to rotate brews from different local breweries,” Brainard says. “I’m also just so proud of all the people I get to partner with in the beer-brewing industry.”

Brainard also said he is working to create a couple of frozen drinks to serve in addition to the cocktails and brews that are currently offered.

As the operating partner, Brainard is heavily involved with creating the experience for the state’s only Big Bad Breakfast. In addition to getting things up and running, he worked to make the ambience of the building reflect that of a classic, cheery, quaint, breakfast spot.

“It was really hard to imagine dim or dark lighting for a breakfast place, so I wanted to make sure it was bright and cheery, which I think is perfect for the morning time and waking up,” Brainard says.

He also said he wanted the location to be casual and very welcoming, which he believes he and his team have fully accomplished. 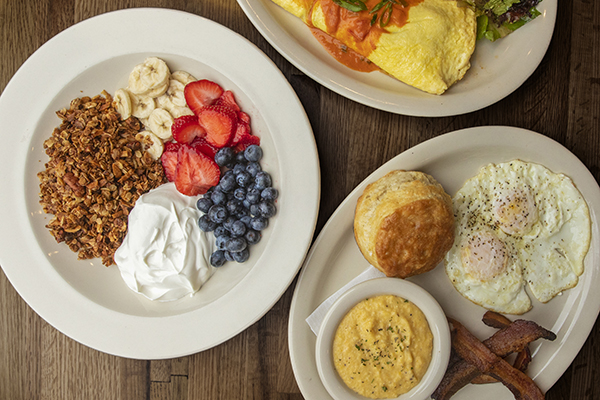 “When people visit this location, they should expect a lot of energy and a lot of smiles,” Brainard says, adding that the BBB staff are some of the most gracious he’s ever worked with.

While Brainard has been in this profession for around 25 years, he said he was hesitant at first about helping with the first Arkansas location. Before becoming a partner with Big Bad Breakfast, Brainard served as a partner for Yellow Rocket Food & Beverage Concepts, the sustainable food system that is responsible for Arkansas restaurants such as Big Orange and Local Lime, in addition to many other local favorites.

He explained that once the pandemic hit and the restaurant industry began changing rapidly, he realized how few authentic breakfast options there were to choose from in the state, and in seeing a need for quality breakfast, Brainard decided he wanted to partner with Currence in bringing BBB to Arkansas.

“New Orleans has a great breakfast spot seemingly on every corner, but there are so few to choose from here, in the city and the state as a whole,” Brainard says.

Brainard also explained that the choice to open in West Little Rock was very intentional and strategic.

“I love what places like The Root and At The Corner have done with creating breakfast options downtown – they’ve done a really good job covering the downtown area. I decided West Little Rock needed more breakfast options,” Brainard explains.

Of course, starting a restaurant takes a lot of patience, and according to Brainard, the opening did not come without its challenges. As a breakfast destination, BBB is a quick-moving, fast-paced restaurant, and it opens early.

“We open at 7:00 a.m. and cooks are here by 5:00 a.m. We only have one shift since we close at 2:30 p.m.,” Brainard explains. “So, I like to say we require a different kind of human to work here. Finding people who really enjoy this schedule is at times challenging, but I really like how our staff has been coming together.”

However, with great food and a friendly staff, Brainard said the feedback from guests has been overwhelmingly positive since opening.

“We’ve just had so many guests have so many positive experiences already here at Big Bad Breakfast and it makes me so glad that I get the chance to help feed them,” he says.

All of which contributes to Brainard’s confidence that the staff at Big Bad Breakfast are succeeding in being efficient and making sure guests have a good time as soon as they walk in the doors.

“My biggest wish is for customers to be excited to come here and that they leave having had a good time and great food,” he says, adding that guests can expect their experience to only get better the longer they are in business.

Passionate about good breakfast and good customer service, Brainard is excited to see where Big Bad Breakfast will go from here.

“Our customers mean the world to us and bottom line, I want this to be a place where guests feel welcomed. I don’t want to ever rush anyone because at the end of the day, I want guests to know that they are welcome here for however long they want to be here,” he says. “I hope every guest gets to experience a good start to a fun day, here at Big Bad Breakfast.”

READ ALSO: Design With Distinction: A downtown Conway architecture firm makes a distinctive mark with an array of projects in both commercial and residential design.