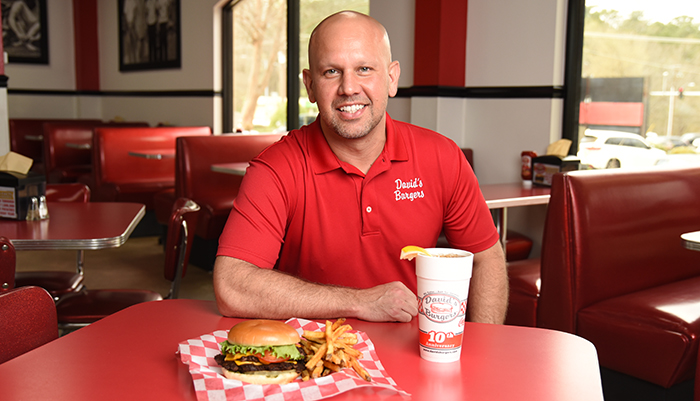 When Alan Bubbus talks about his businesses — 10 David’s Burgers locations in Central Arkansas, plus a new restaurant concept, Jess’s Chicken, opening soon in Little Rock — he can’t help but get excited. The man not only loves his work, he knows all the intricate details and will explain things like maintaining optimum sugar levels in potatoes at length if you ask him. (Seriously, ask him about testing a potato with a diabetes test strip. That’s a good story.)

But what brings an added warmth to his demeanor is talking about his employees, and what he sees as his and his managers’ roles in their lives. He practically shines when he talks about his team.

“They become like family to us,” he says. “You don’t have that division between your personal life and your professional life. They really bleed over, because the relationships are so strong at work.” 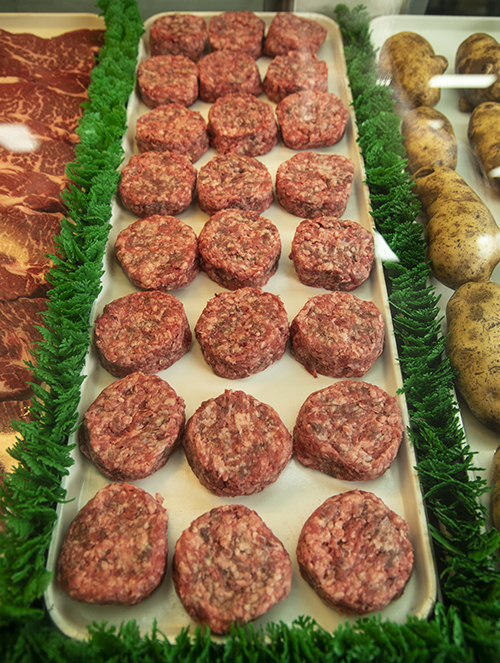 Building positive relationships is at the core of everything he does. From Kent, his Idaho potato supplier with a wallful of Arkansas’ Best Fry awards Alan has sent to his farm; to Eric, an outgoing fresh face who radiates enthusiasm at his west Little Rock store, Alan knows his people.

“I was telling a friend the other day, ‘Your business is not really your business. Your business is getting the people. If you can get the right people, and you can maintain the relationships, coach them, inspire them, lead them and keep them engaged, that’s really your job,’” he says. “That’s the challenge, to keep up our company culture. So people come to work and they’re excited to be there. That’s what we want.”

Engagement is critical, he says. “If you come to work and you don’t see a purpose or a goal or something exciting — and we’re dealing primarily with young people, and they need constant engagement — you can lose their focus and attention pretty quickly. So it’s part of my job to make sure people stay focused, engaged, excited. They need to feel a purpose in their job, need to understand that coming to work needs to be fun, and want to put others first.”

In the restaurant industry, Alan says, employees are usually young, and some come from “difficult situations,” as he puts it. “You want your kids in an environment where they’re going to be taught good values and integrity and respect and responsibility and character,” he says. “We counsel our kids on relationships to finances to everything in the world. For some, you may be the only mentor in that person’s life; how we treat them and the habits we teach matter very much. … It’s a blessing and a responsibility.”

He particularly enjoys when employees who started working for David’s in high school stay local for college. “Sometimes we’ll have them all six years. We get to see them graduate and go off into their career, with David’s Burgers on their resume, which employers respect. We want to shoot them out into the world and see them do well.”

He’s done well, himself. The Pine Bluff native grew up the son of a restaurateur.

David Bubbus Sr., a colorful figure who is still highly active in his son’s business, pops in and joins the interview. David Sr. became a master butcher at 16 and founded Chicken Country restaurants in the 1970s and early 1980s. He’s taught his son all he knows. 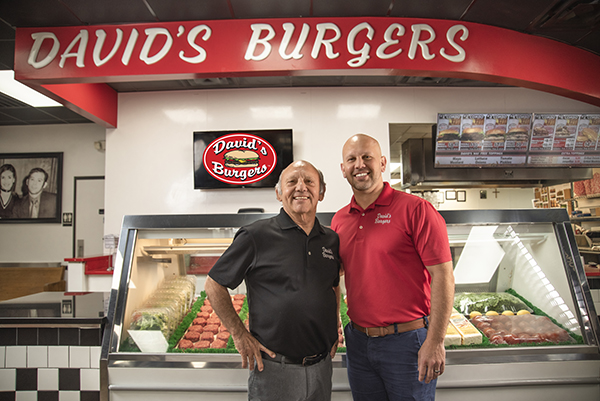 “Dad started 67 restaurants in 8 years,” Alan says with awe. “That’s almost one every 45 days! He knew how to keep things moving.” (Most of those were franchises, his father is quick to add.)

“I think he’s a genius,” David Sr. says with pride. “He didn’t get that from me. I was blessed and lucky. He’s blessed and smart. He’s got it all.”

Alan earned a bachelor’s degree in math and economics from Vanderbilt University and a law degree from the UALR William H. Bowen School of Law. In between those, he test-drove careers in health care recruiting, banking and mortgage consulting, but he eventually found his way back to the family career path he’d shunned: restaurant ownership.

“It’s much more personal. I worked at a lot of companies before we did this, and I never had the kind of relationships we have here. And being able to work with Dad has been one of the best parts.”

Alan and wife, Jessica, the company’s vice president, now count their own family as eight, their kids ranging in ages from 3 to 22. Half of their children came to them through the foster system. It’s something Alan says he and Jessica deeply support. After they had difficulty conceiving their second child, they heard at church a speaker from The Call, an organization that recruits and supports foster parents, talk about how many children in the county needed foster homes. “For lack of a better word, we felt ‘the call’ to help these kids,” he says. Though he and Jessica would go on to become pregnant twice more, that Sunday at church changed their family forever. 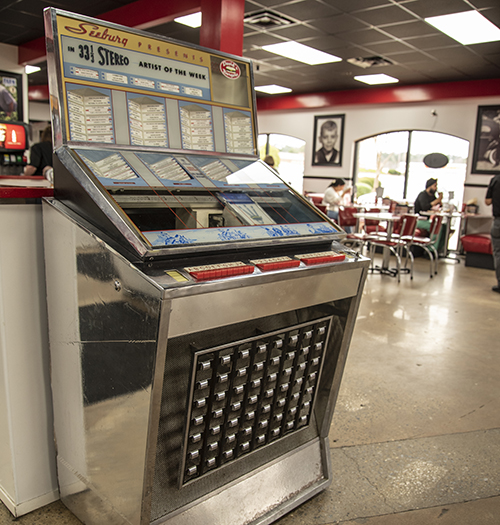 At the time, Alan was not only launching his businesses, but going to law school at night. So, they certified as a foster home, then they started providing short-term “respite” care.

“I think we probably had around a dozen kids in a year,” he says. “I really enjoyed being a foster parent. I had the gift of being able to love the kids and understand that it was for them, and then when they left, I was OK. I think the mindset of being able to do that has to center around the kids, not around yourself. That’s what you hear, ‘Well, I’d get too attached to the kids.’ But at the end of the day, it’s not about you.”

They ended up adopting two young brothers. Another foster teen who was working at David’s and temporarily living with them ended up choosing them as family when he aged out of the foster care system.

Alan enjoys staying active and says he tries to line up his hobbies with the kids’ activities. That means, besides being “loaded up” with kids’ ball games, the family spends time biking, boating and sometimes skiing together. The kids also spend time helping out with the family business. Alan says even their youngest, now three, likes to “help.”

Alan’s a die-hard Chiefs fan, and enjoys kicking back to watch all sorts of sports. He and Jessica also love to go out to eat when they get date nights.

“Dad says I’m a terrible restaurant critic because I like everything,” he laughs. “I just love to eat.”

He says the competitive advantage his stores have is his hub-and-spoke model. Within an hour’s drive of each of his restaurants is their 30,000-square-foot facility in North Little Rock. The warehouse processes the ingredients for his stores right there. They butcher and grind the meat on site, after the immense shoulder cuts (100 percent Grade A chuck) cure in a cold room, hanging from hooks like David Sr. says butchers did before the industry began cutting corners to work faster and cheaper. He says many restaurants depend on meat that may be at least months old. In contrast, their company’s process from the pasture to the plate is about a week. 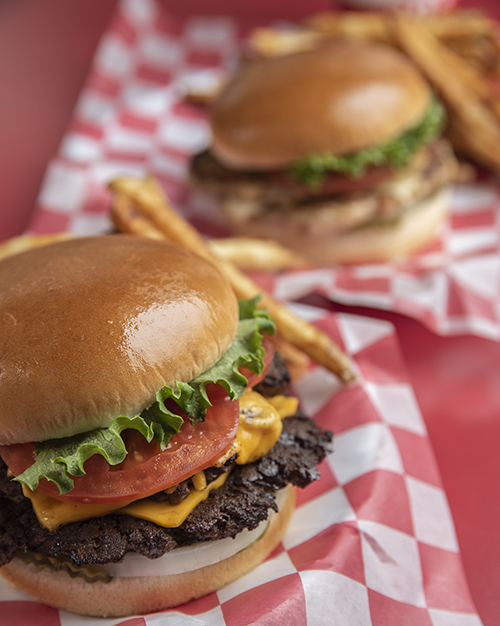 They form the beef into patties, then drive it to the stores, along with cut potatoes, sliced tomatoes and onions and all the fixin’s. The ingredients arrive at restaurants fresh and customer-ready. The facility also has company offices and a dedicated training facility so every employee receives the same onboarding.

Alan’s new restaurant concept, Jess’s Chicken, which he says should launch at its Rodney Parham location in the next “couple of months,” similarly will benefit from that centralized facility. Jess’s will focus on fried chicken, with savory or sweet chicken salad options, as well. If the restaurant is a hit, he’ll open more Jess’s locations throughout Central Arkansas. But because of the huge advantages their warehouse facility provides, he has no plans to extend the David’s brand beyond Central Arkansas.

Alan talks a lot about the hub and spoke model. And it’s not always direct. He also wants his restaurants to be a hub of positivity for employees and customers, who then take that out into the world with them. Besides award-winning food, David’s is known for its staff verbally welcoming each customer who walks through the doors. He says they strive for customers to leave feeling happier than when they arrived.

“We focus on doing the little things right in our store, creating good habits in our personnel that hopefully will help them long-term, and loving on our guests and loving on our people,” he says. “At the end of the day, that feels good.”