Face Behind the Place: Matcha Norwood Of Cheesecake On Point! 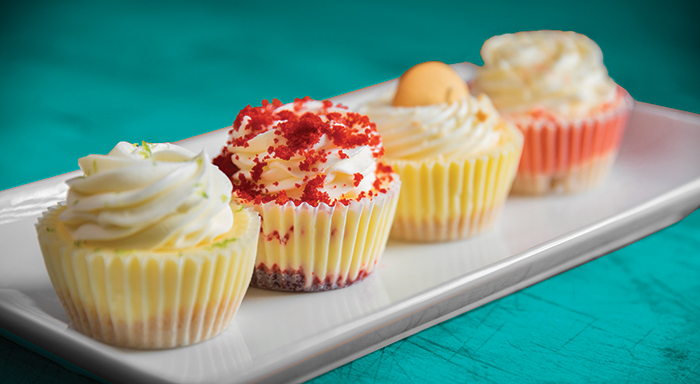 There is a very good chance you have eaten one of Matcha Norwood’s desserts and did not even know it. Maybe it was a cinnamon roll from her original business, Cinnalightful. Those were popular. Maybe it was at one of the Yellow Rocket Concept restaurants that carry several of her sweet treats. That sounds about right. Or maybe, just maybe, it was a piece of cheesecake at her wildly popular food truck, Cheesecake on point! Bingo.

Norwood’s impact on the Little Rock dessert world has been a welcome addition, but one that is somewhat surprising, as her culinary expertise comes with absolutely no formal training. In fact, up until six years ago, she had spent very little time in the kitchen. Her unique career path has included working a corporate job in the Netherlands and starting a cosmetic line in her home country of Suriname in South America. Before that, she was both a professional backup hip-hop dancer and a singer for a band called El Fiesta. It has been quite a journey, to say the least, for the multitalented Norwood. So how does someone born in Suriname and raised in the Netherlands end up in Little Rock? Norwood says, “I came here on vacation. I had a friend in Little Rock who I knew through traveling.” 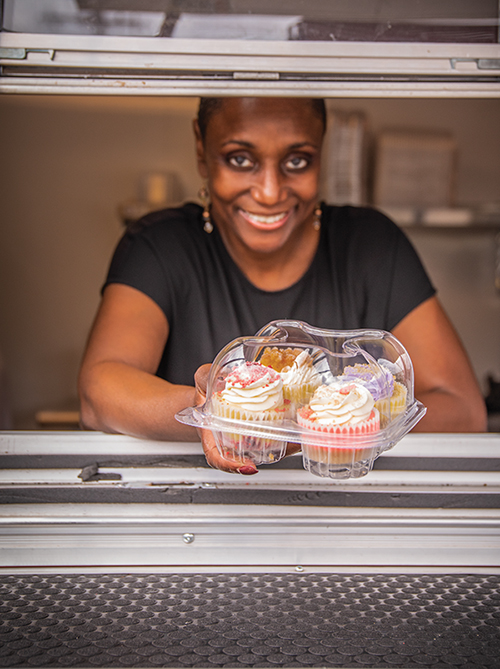 She stayed a while but was ready to return to Suriname to continue with her cosmetic business. That is when love stepped in. “One week before I had to go back, someone arranged a blind date with Curtis Norwood, who would later become my husband,” she says.

For the next few years, Matcha continued going back and forth from Little Rock to Suriname, making her products in the States and selling them in her home country. Unfortunately, the business eventually struggled due to financial hardships in Suriname. She explains, “The economy in my country went bad. It dropped tremendously, and most folks couldn’t afford my products.” 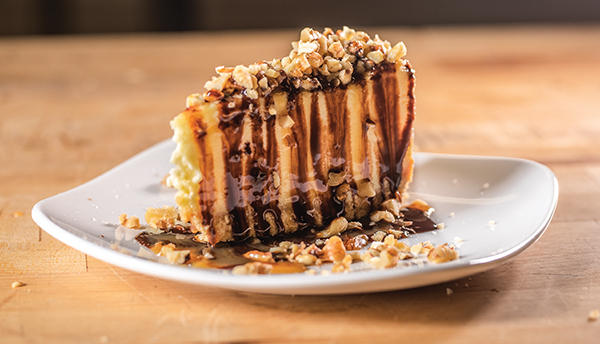 Down but not out, Norwood found comfort in the kitchen. “At the end of 2015, someone told me about what a great stress reliever baking could be, but that didn’t make any sense at the time. I had never baked anything in my life and had no clue how to use an oven or a mixer,” Norwood says. But she started to bake and found the advice to be true. That is when her entrepreneurial nature once again kicked in, incorporating her newfound love for baking. The journey started with making cinnamon rolls for friends, then her business, Cinnalightful, took off, and with it came an account with the local chain Sharks Fish & Chicken. Before long, Matcha was also fulfilling cheesecake orders for the restaurant, an item that was completely foreign to her, but one she quickly developed a proclivity for making. “That’s when the love for baking cheesecake was born. From the beginning, I couldn’t believe all of the different things you could do to give it your own creative spin.”

Fast forward to the 2019 Main Street Food Truck Festival, in Little Rock, an event that proved to be the game changer. A friend convinced Norwood to purchase a small trailer and sell some of her cheesecake at the festival. The cheesecake was a hit, to put it mildly. “We sold 850 slices, and I realized that this could really be a thing. Cheesecake on point! was born,” she says.

Shortly thereafter, Norwood upgraded her business with a bigger, better food trailer, one that would end up parked predominately on Markham Street near the ARKitchen, a shared commercial kitchen she utilized with other small business owners. After a period of trial and error and fine-tuning the recipes, the cheesecake took off, thanks in large part to creative spins like cheesecake-on-a-stick and cheesecake cupcakes. Both are available in flavors like strawberry crumble, peach cobbler, banana pudding, lemon blueberry and red velvet. Customers, like me, also enjoy the petit nature of the cupcakes, an opportunity to enjoy a delicious dessert but without the overindulgence. Between taste, creativity, portion and price point, it marked instant success, some of which was a bit surprising for Norwood. As she explains, “I was so shocked by the popularity of cheesecake. It was all overwhelming at first, but it gave us the opportunity to be around people, and we enjoyed it. This just fits us, but sometimes I still sit and wonder how we got here.”

By “us,” Matcha is referring to herself and Curtis, her husband of eight years and business partner. When the truck is rolling, expect to see Curtis manning the window while Matcha readies the orders just a couple feet behind. The combination of their kind personalities and dynamite cheesecake has helped build a loyal base of adoring customers in a relatively short period of time. The enthusiasm is palpable, as evident by a recent trip when I arrived 10 minutes prior to a Friday afternoon opening. Folks swarmed the truck once Curtis reached for the window. It is an excitement that Matcha both cherishes and appreciates. She says, “People come up to the truck and literally start dancing. We call it the Cheesecake Dance. It makes my heart melt.”

And it motivates Matcha. Her latest business expansion includes the opening of a brick-and-mortar located at 9809 West Markham, right across the street from where the trailer typically resides. This is great news for the mobile eatery part of the business as well, as it will now be free to travel throughout the area, bringing Norwood’s confections to a wider base of customers. As for the new store, it is now ground zero for all things cheesecake. She will continue to work her creative magic with the dessert, as well as providing additional cheesecake-themed items like macarons, shakes and scones. You may even see the cinnamon rolls pop up on the menu from time to time, but make no mistake — cheesecake is the centerpiece.

“I have so many ideas on what I can do with cheesecake,” she says.

I do not doubt her. The sky’s the limit for Cheesecake on point! And while our waistlines won’t be pleased, those taste buds will be doing a happy dance. Or, shall I say, a “Cheesecake Dance.” 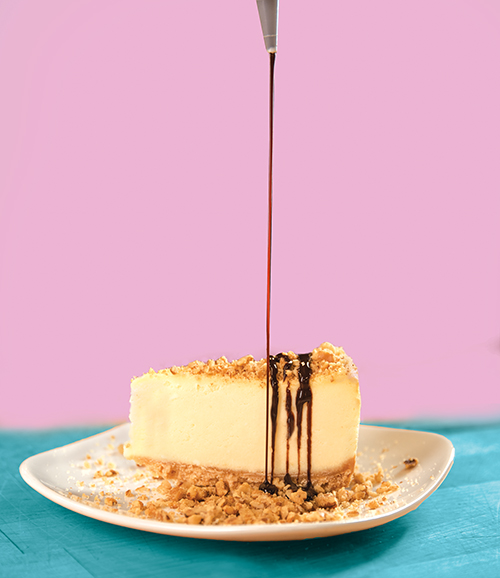 • What is your favorite movie? The Shawshank Redemption and The Sixth Sense.

• If you could travel anywhere in the world right now, where would you go? Abu Dhabi.

• What is the craziest thing you’ve ever eaten? I would have to say iguana and iguana eggs. The eggs are amazing in masala.

• What celebrity would you like to have dinner with? Viola Davis, definitely. I love her!

Thirsty Thursday: Head Over to the Reopened Abbi’s Teas & Things
May 13, 2021
Go to Top
Never Miss An Issue!