Face Behind the Place: Sally Mengel of Loblolly Creamery

Face Behind the Place: Sally Mengel of Loblolly Creamery

By Kevin Shalin // Photos by Jamison Mosley and Loblolly

The queen of Arkansas ice cream looks back on 10 years of building a business from scratch, one scoop at a time.

Like many of us, Sally Mengel’s affinity for ice cream goes way back.

“I just loved ice cream as a kid. I remember going to the local ice cream shop with my mom when my dad was working late,” Mengel says. “We would go there and have a banana split for dinner. Ice cream is so memory-based.” 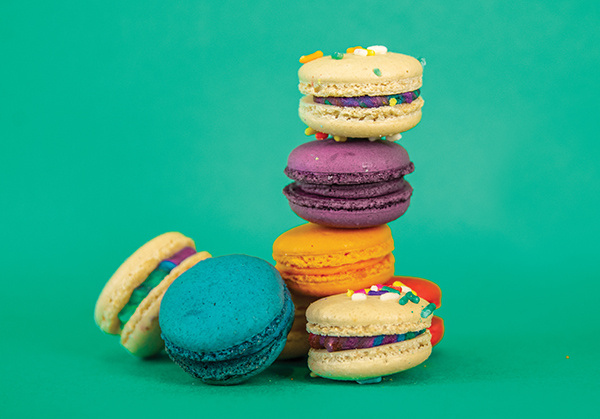 Unlike many of us, Mengel turned a childhood love affair with the creamy confection into a career when she opened Loblolly Creamery inside The Green Corner Store in 2011. The Little Rock business started small, and, truth be told, never was supposed to grow into the pride of Arkansas ice cream that it has become today. It now boasts products in every corner of the state, in towns like Bentonville, Texarkana, Searcy, Stuttgart and Magnolia.

Mengel says, “I thought I was going to do a very simple lemonade stand type soda fountain and have a very simple life. I’d live around the block. The whole thing would be quaint and charming. Then I realized I kept saying yes to everything. The business really grew accidentally. It was just going to be for a couple of years, and I’d move on to something else. When I was looking for an ice cream product, I could not find anything local that was hand-crafted and all-natural. I really wanted to use Arkansas-grown products and do creative flavors that were inspired by that. And I did not want to outsource it, so I decided that we had to make it.” 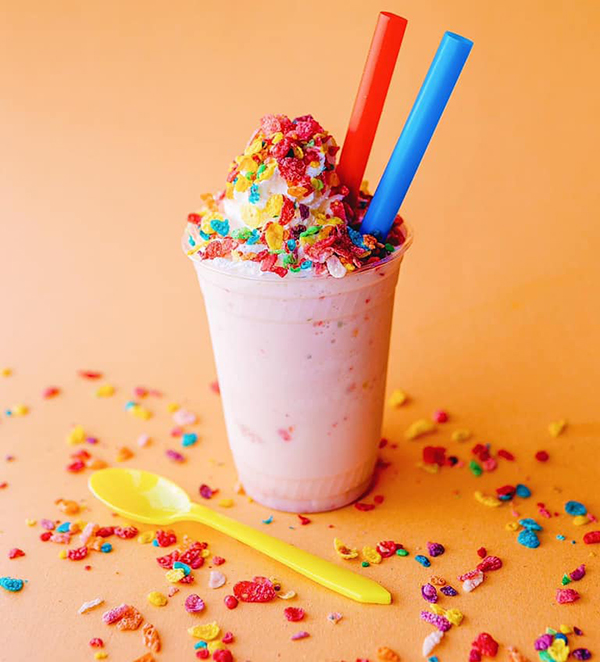 As the company approaches a 10-year anniversary — a huge accomplishment — it is safe to say Mengel’s one-time passion project has turned into a full-fledged success story, as evident by the more than 600 gallons of ice cream she and her crew churn out each week. And while it seems like a big number, Loblolly is still a small-batch producer, with an eye toward partnerships with local artisans, farmers and businesses.

Outside of the ice cream, just about everything else has changed for the business. After securing a spot at The Green Corner Store, Loblolly added an event truck, one you’ve probably seen rolling around town and at events. A new kitchen space came next, followed by the addition of a delivery truck. Then in the summer of 2017, Mengel and her crew moved next door to their current digs at 1423 Main Street in Little Rock. Affectionately named the Scoop Shop, the new space came complete with house-made, gluten-free/vegan cones, ice cream cakes, milkshakes, whoopie pies, marshmallows and a massive case that housed more than three times the number of ice cream flavors, along with a fun, festive atmosphere that just screamed ice cream. 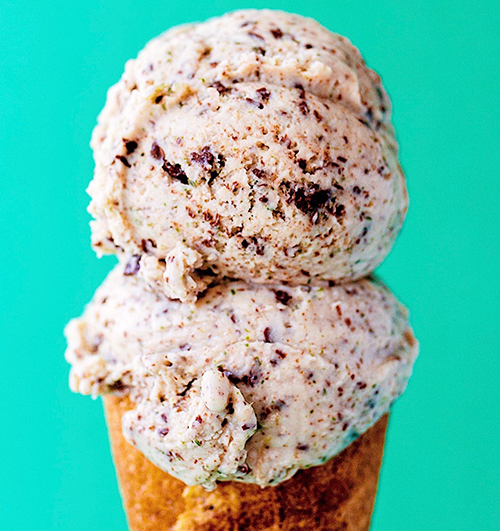 Referring to The Green Corner Store, Mengel says, “We were just outgrowing that space.”

Even with all the growth, she has never lost focus on the ice cream, as well as the day-to-day challenges and meticulous nature of its production.

“Ice cream making is a science. It is about getting that right balance of your sugar, proteins, stabilizers and emulsifiers, and making sure it doesn’t get too icy. It needs to be scoopable and have good texture. And because it’s a frozen product, the flavor can be depreciated, so you want to make sure it has a good pop of flavor,” Mengel says. “Because we’re not factory-made, a salted caramel, for example, will be different with every batch. And that’s ok. I try to be as consistent as possible, but Loblolly is consistently inconsistent. That is because we make the ice cream [from] scratch and there are so many variables. I think it’s beautiful that it’s not perfect.” 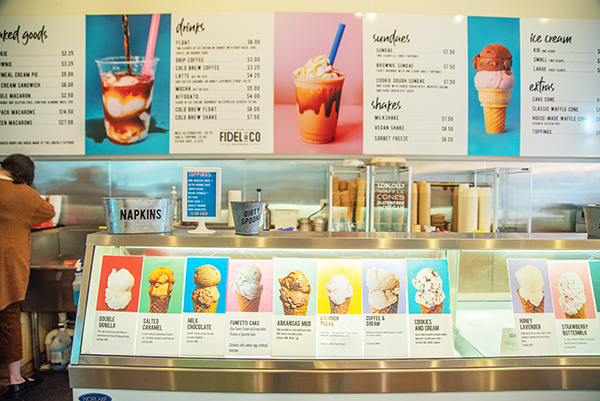 These days, you will rarely see Mengel scooping ice cream behind the counter. Such is life for a company on the rise with a leader who has now taken on more of a general management role. This includes spending most of her time overseeing production, delegating responsibilities, and keeping employees engaged. She says, “When you keep making ice cream from scratch, then our team is involved in all parts of it.”

And while the future continues to look bright for Loblolly Creamery, getting Mengel to look too far down the road makes her a bit uncomfortable.

“I’m a very in-the-present-moment type of person,” she says. “I do have dreams, but I’m a little superstitious to say them out loud.” 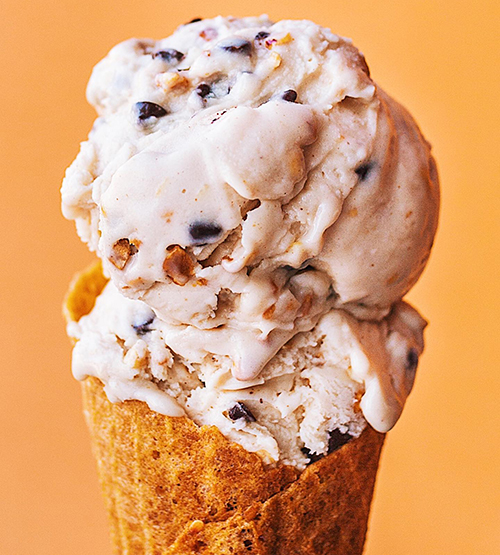 It took a little prodding from yours truly, but those dreams include bigger wholesale accounts, more places that scoop Loblolly ice cream, and possibly a walk-up, drive-thru location. But rest assured, the company will never lose that artisanal feel.

“We are still making all of our bases and mixes from scratch, and we will maintain that,” Mengel says.

The pandemic may have slowed growth down a bit, but people’s love for ice cream will not wane for very long — and neither will Mengel’s desire to keep producing it.

Our taste buds thank her, but the waistline is a different story. 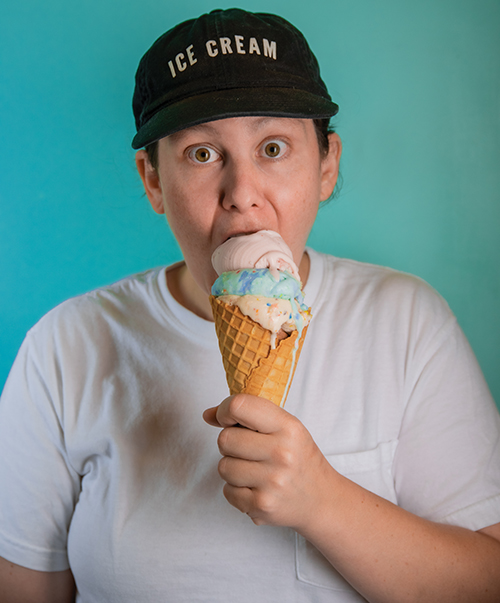 What is the weirdest ice cream flavor that you’ve ever come up with?

There are so many. Back in the soda fountain days, I would definitely experiment more. We did an elephant garlic flavor, as well as mashed potatoes and everything bagel. The weird flavors are the savory ones.

Have you ever thought of a cheese dip ice cream?

The cheese dip competition has always asked us to make it, and we just have not. But I have always thought of ways to do it that are not off-putting.

What is your dog’s name?

Moo. He looks like a cow. He’s a Blue Heeler Corgi. When he was a puppy, he looked like a mini cow. It was so cute. Now that he’s grown, he does not look so much like a cow anymore, but he has cow spots.

What is your favorite outdoor area in Arkansas?

I really like Boyle Park because I am thinking Little Rock right now. It has such a nice trail and even a babbling little brook.

What women have been a huge inspiration to you?

My mom, Laura Frankenstein, is the co-owner of Loblolly Creamery, so I’m always inspired by her and how she presents herself. One of my ice cream idols is Jeni Britton Bauer of Jeni’s Ice Cream. She is pretty amazing. And then Marilyn Abrams, our head of kitchen, inspires me every day because she works harder than anyone else.