Faces of Arkansas: The Face Of BrewPubs, Burks Brothers Brewing 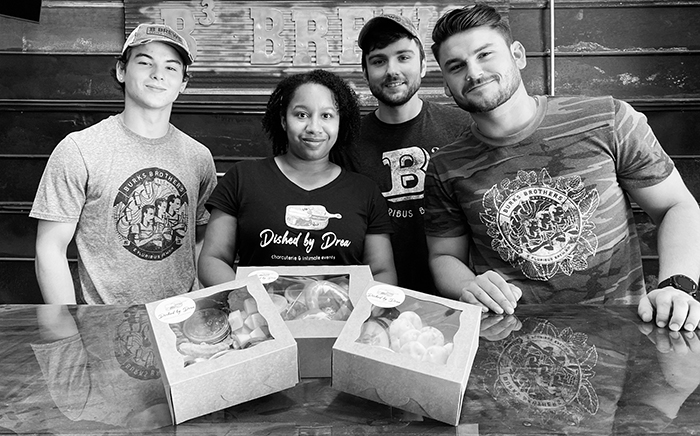 Three generations of the Burks family have worked to build their brewery in Bryant. The family has constructed everything from the aluminum framing, the woodwork, and even the bars themselves. They’re excited for Burks Brothers Brewing to finally be opening its doors.

Although the Burks family officially started the brewery process three years ago when they created their logo, they have been brewing their beer at home for much longer. The idea of opening a brewery actually began when the family lived in Austria and lived above a small, family run bar in Graz. “It was a wonderful place; it was comfortable, the beer was great, everyone knew everyone, and we fell in love with it” the Burks say. “Not just owning a bar, but a brewery. Making something for people to enjoy and working to make it better, and different, each and every day.”

The brewery has a 10-tap system. Four of the taps feature the Burks’ regular beer, ranging from light to dark, and an additional “experimental” beer option. The remaining five taps are a rotating selection of local beers from breweries around the state. “We plan on bringing these beers from smaller breweries in Arkansas that people may not have had a chance to visit,” say the Burks.

Pictures and photographs also cover the walls at Burks Brothers Brewing. Each photo was handpicked, and the staff can tell customers the odd, funny and strange stories behind pretty much all of them. The Burks family invites people to come in, grab a beer, enjoy some snacks, and take a look.