Faces of Arkansas: The Face of Catering, Gina’s Catering 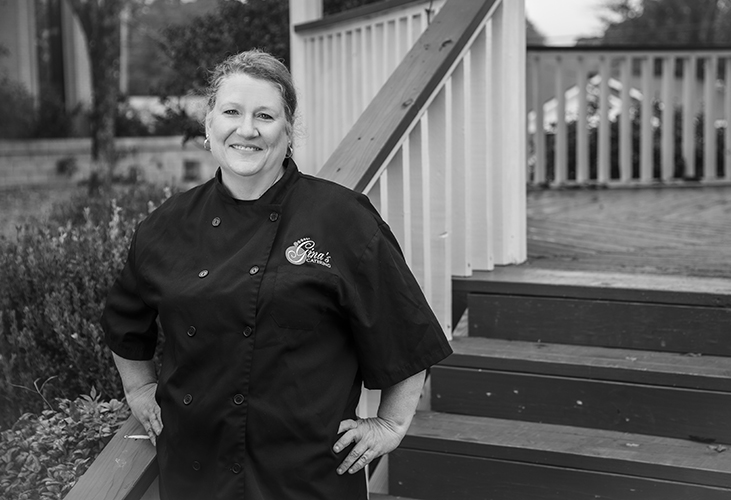 A passion for food and serving others is what makes up the DNA of Gina Simpson, the namesake behind Gina’s Catering, a staple of the Little Rock food and event scene. In fact, the entrepreneurial endeavor was the cherry on top of her life that epitomizes the American dream.

Simpson grew up in Clarendon where she would meet and then marry her high school sweetheart. The two have since been inseparable for 32 years strong, a partnership that blessed them with two daughters and most recently a son-in-law and two granddaughters.

She took a leap of faith with Gina’s Catering, but combining her two loves — entertaining people and food — was a natural path for her to walk, especially after first getting the itch for the industry while planning her daughter’s wedding in 2011.

“While working on the food for the reception, I made the comment that after her wedding, I wanted to open a catering company for common people who want good food, pretty presentation and great customer service at an affordable price,” Simpson says. Her family thought she might have “lost her mind” at the time, but just six months later, Gina’s Catering was up and running.

Less than a decade later, Simpson has a thriving catering company, a storefront with grab-n-go meals, and provides employment for nearly 50 people.