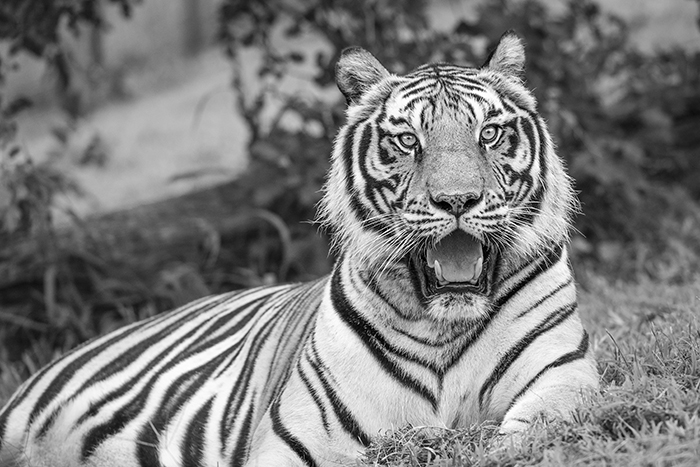 In 1992, Don, Hilda and Tanya Jackson (now Tanya Smith) decided to begin a big cat sanctuary. Already the owners of two exotic cats, the Jacksons had witnessed the abuse and neglect of 42 animals by a notorious breeder and wanted to provide a safe place for big cats. Their operation, Turpentine Creek Wildlife Refuge, is still protecting exotic animals 28 years later as one of the most popular attractions in Eureka Springs.

Turpentine Creek’s mission to rescue and protect survivors of the exotic animal trade makes it one of the most ethical animal tourism destinations in the state, and its work has received national recognition. The operation earned accreditation from the Global Federation of Animal Sanctuaries (GFAS) in 2017, making it one of only eleven big cat sanctuaries in the nation to receive that honor.

“We rescue and care for animals who deserve our admiration,” says Tanya Smith, co-founder and president of the Refuge. “Many of our residents have been neglected by their former owners and are very suspect of humans. However, over time at the Refuge, we develop an unspoken understanding and respect that ultimately leads to trust. It’s humbling to witness that positive transition and to realize our efforts are the catalyst of their happiness.”

If seeing the big cats is not enough, visitors can also experience their own slice of Africa in the Ozarks by staying in the Refuge’s lodging. It offers both adults-only and family-friendly accommodations from safari lodges and glamping tents to RV and camping options. Money spent on the Refuge’s lodging is also a responsible purchase — everything goes right back to the care and protection of the animals.