Faces of Arkansas: The Face Of Health & Fitness, The Athletic Clubs, Frank Lawrence 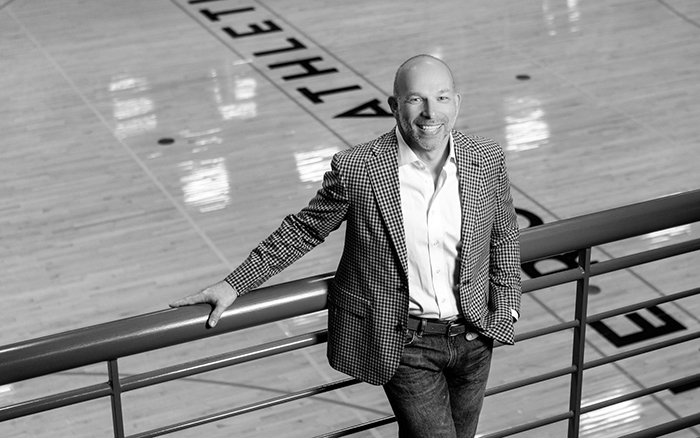 “We’re a big, diverse family of tennis players, swimmers, runners, Crossfitters, cannonballers, stairmaster-ers, weekend warriors, big kids, little kids and kids that never grew up. Most big cities don’t have clubs as awesome as ours. And having gone from working in banking to what could only be described as my favorite sandbox is nothing more than a dream come true.”

“James Michener says it best. ‘The master in the art of living makes little distinction between his work and his play, his labor and his leisure, his mind and his body, his information and his recreation, his love and his religion. He hardly knows which is which. He simply pursues his vision of excellence at whatever he does, leaving others to decide whether he is working or playing. To him he’s always doing both.’ This sums me up perfectly.

“So what’s the craziest part?… I really don’t like to exercise but I like the way it makes me feel and I LOVE the relationships it allows me to build. Our members get it. Our secret sauce isn’t the fitness programming we offer – even though we’re really proud of it and our facilities. Our recipe for success is building community and we’re really good at it. My department heads call me a ‘Connecter’ and that couldn’t please me more.”