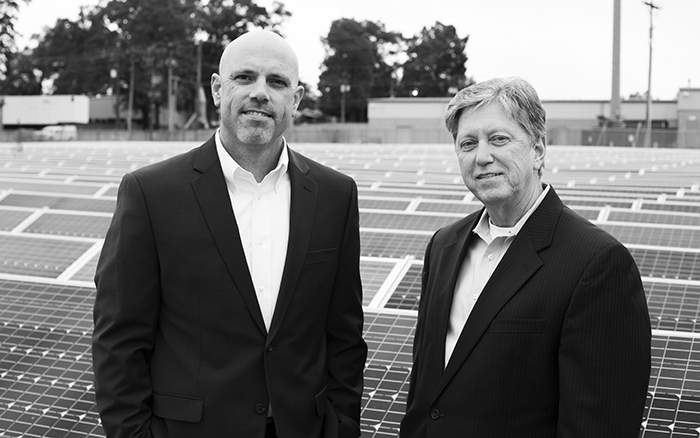 The future of energy has long been creeping closer and closer, like the rays of the morning sun slowly rising above the horizon. Fortunately for Michael Henderson and Today’s Power, it’s that very light from which it builds a charge.

Today’s Power was founded in 2014 by Arkansas Electric Cooperatives, Inc. to serve the energy industry magnate’s members. The endeavor quickly took off, and Today’s Power has since become one of the most trusted names in solar power, electric vehicle charging and energy storage systems in both the state and the country, working projects that run the gamut — from utility companies to middle schools.

Michael Henderson sits at the helm of the sustainably sourced powerhouse. His legacy with the Electric Cooperatives and its affiliates dates back to 1984, most recently serving as the umbrella organization’s chief financial officer and executive vice president, in addition to his role as president of Today’s Power.

It’s under Henderson’s visionary direction that Today’s Power has been able to amass such acclaim and notoriety while also, at least on the surface, appearing to have a mission that lies incongruent with its ownership company. To date, Today’s power has worked on more utility-scale solar projects than any other company in Arkansas to reduce the overall costs of electricity, despite being owned by a cooperative that is in the business of selling electricity. But this is not evidence of a disconnection; at their core, Today’s Power and the Arkansas Electric Cooperatives exist to improve quality of life and capitalize today on what can be made better for tomorrow.

Under the leadership of Henderson, the sky remains the limit and the source for Today’s Power.