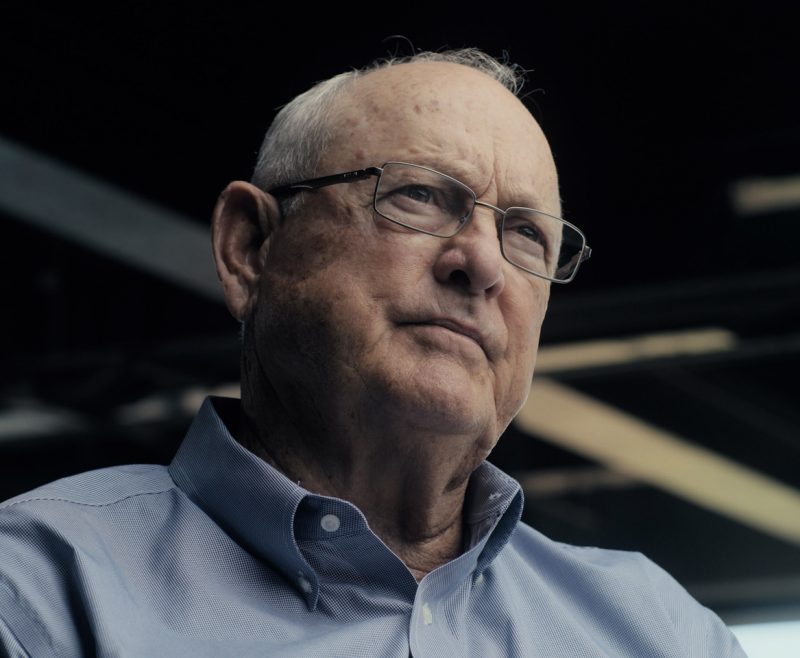 “Facing Nolan,” a critically acclaimed and fantastically entertaining look at baseball pitching legend Nolan Ryan, will have its Arkansas premiere at 6 p.m. Friday, August 26, as the opening event in the Fifth Annual Hot Springs Baseball Weekend. “Facing Nolan” will be screened in Horner Hall at the Hot Springs Convention Center. Admission is free and open to the public. The movie looks at Ryan the man and Ryan the fireballing legend from the point of view of the opposing players who had to bat against him.

“Producer Bradley Jackson’s directorial debut, “Facing Nolan” is a baseball fan’s dream come true,” says film reviewer Brandon Townes. “With the screams and roars of the crowd, the energy of the games, and the bullish presence of the legendary Nolan Ryan, director Jackson makes you truly understand what it is like to be a fan.”

“Opening with a television on a baseball field, Jackson’s documentary reminds the audience that this story is about more than just a legend. For the uninitiated, the film follows the life and career of former Major League Baseball pitcher Nolan
Ryan, or the Ryan Express, as described by the players who had to face him on the field. . . .’Facing Nolan’ is a heartfelt documentary that shows how even a sports god is still a man. Former President George W. Bush sums up the film best when he says, “Ultimately, in life, you can have success on the field — but really what matters, in the long term, is a good set of values.” ’Facing Nolan’ is one of the most inspirational stories of the year.” 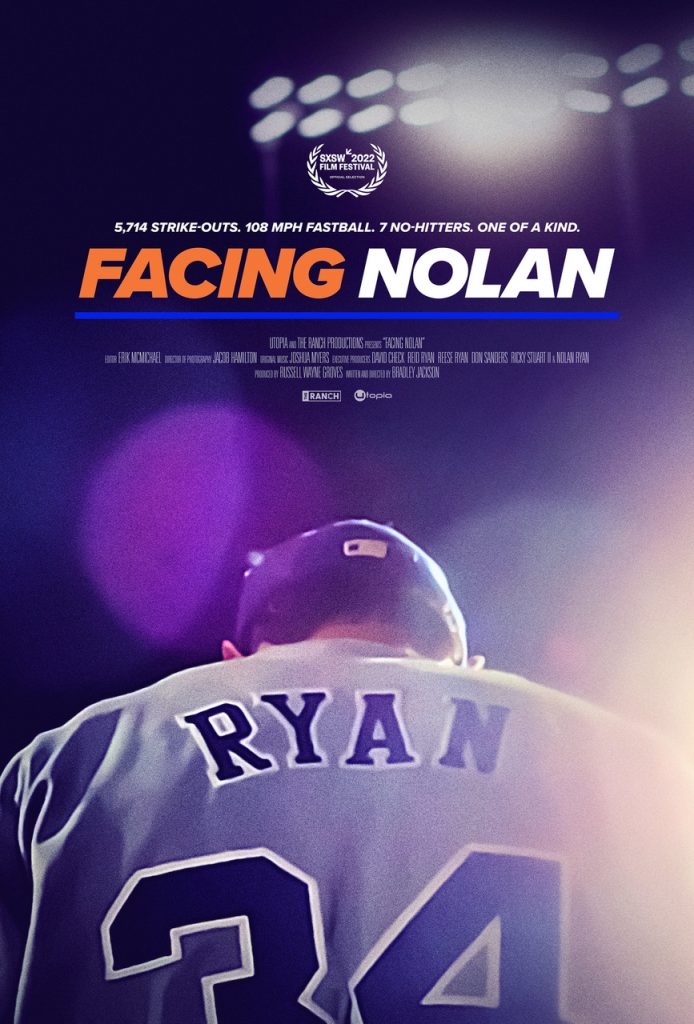 “We are extremely lucky to be able to present this extraordinary movie to our Arkansas fans,” says Visit Hot Springs CEO Steve Arrison. “Our screening will be the first for the film in Arkansas, and we know all fans of the game will want to
join us for this free evening of baseball entertainment.” Background information on “Facing Nolan” says: Every superhero has an origin story and Nolan Ryan is no exception. His flame-thrower of an arm was seemingly molded into existence by years of waking up early to hand deliver 1,500 newspapers as part of his father’s paper route. By the time he arrived in the Major Leagues, his signature fastball was a devastating weapon. As a reliever on the 1969 World Series winning “Miracle
Mets,” he saved several key games and was rumored to have soaked his hands in pickle brine after to heal his massive blisters. In 1973 — Ryan’s first year as a starting pitcher — he led the league with 329 strike-outs — nearly a third more than the runner up. In 1974 his fastball was clocked at 100.9 miles an hour — the fastest ever recorded at the time. And by the time he arrived at the Astros in 1980 he was the first Major League Baseball player to receive a salary of a million dollars a year.

He was revered and feared like a Texas gunslinger, but unlike heroes of the outlaw West he didn’t slow down as he got older. This led to perhaps his most incredible feat of all, tossing his seventh and final no-hitter at the age of 44. But numbers alone do not capture the essence of a legend. There are compelling narrative elements that brand the image of this baseball icon onto our sports-loving subconscious. Certain flash-point moments have emblazoned Ryan’s image onto our consciousness: Moments like pitching a game with his jersey covered in blood after a freak ground ball from Bo Jackson hit him in the face. Or, perhaps the fact that he owned and operated a fully functioning cattle ranch during the off season.
And then, there’s the iconic brawl where Ryan walloped the 20-years-younger Robin Ventura in what was considered ESPN’s first true viral video. Despite his statistical brilliance, there’s no doubt Ryan’s career is a study in extremes. Not only does he hold the record for most walks and most wild pitches, but he’s also given up the most grand-slams and the most stolen bases of any pitcher in history. Is this why he never won a Cy Young Award (the top award for MLB pitchers)? Or, is this why he never won a World Series as a starter? 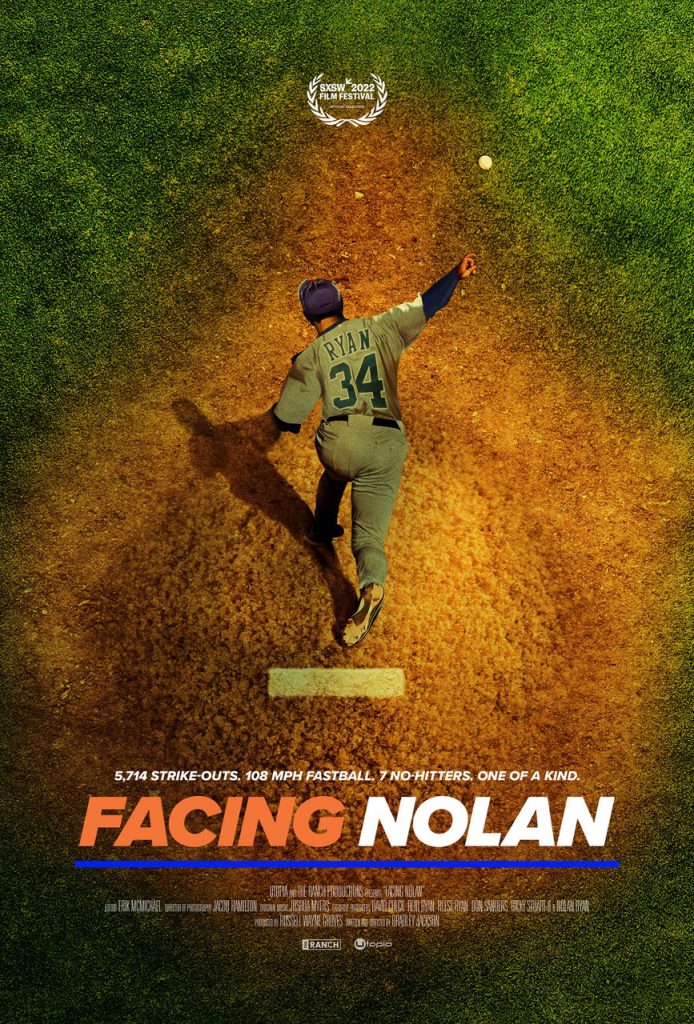 Many of today’s baseball analysts who worship at the altar of stats and Sabermetrics don’t consider him to be among the all-time greats. And in a time where starting pitchers only throw four or five innings, Ryan — who would routinely go eight or nine innings — would be considered an anomaly in today’s numbers-obsessed game. With all this in mind, the film will pose the question: Where does Ryan’s legend fit in the ever-evolving game of baseball? One thing is for certain however, there will never be another on the mound like Nolan. Not by a long shot. In addition to President G.W. Bush, the movie features interviews with Ryan himself, Juan (Pudge) Rodriguez, Randy Johnson, Rod Carew, Dave Winfield, Craig Biggio, George Brett, Roger Clemens and Pete Rose.

Read Also: Big Steam in Hot Springs to Bring Back the Blues