Fall is a Busy Season for Arkansas Hunting 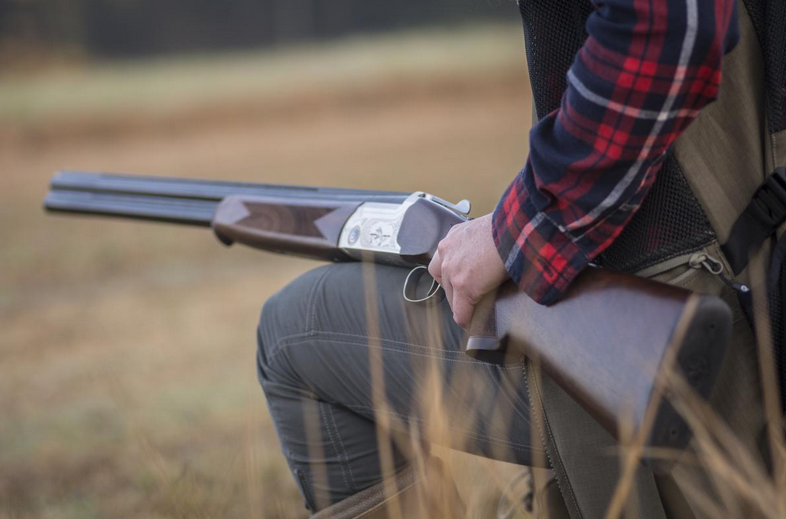 Autumn is one of the busiest seasons for camouflage-clad outdoors men and women hunting in Arkansas.

“When fall comes around everyone, obviously, thinks about football whether it’s high school, college, or whatever,” says Steve “Wildman” Wilson, former public affairs coordinator for the Arkansas Game and Fish Commission. “But it’s also the kick-off of hunting season.”

Dove season is first, followed by archery deer season and then muzzleloading. Most popular is modern gun season on deer, which starts Nov. 11 this year.

Arkansas has opportunities for hunting small and large game in diverse habitats that include the delta in eastern Arkansas and the Ozarks and Ouachita mountains in northern and western Arkansas.

“I think that’s what differentiates us from other states,” Wilson says. “The beauty about Arkansas is that we pretty much have it all.”

He explains that some areas of the United States are known for a certain type of hunting. For example, the west is known for elk. “But here in Arkansas you have it all,” Wilson says. “We have an elk season. We have an alligator hunting season. We’re duck capital of the world. We used to be called the Bear State. We have bear season.”

While a handful of animals are open season all year long, most game is only available to hunt in very specific and regulated seasons. Some seasons even vary by zone, so hunters should always review regulations before planning their hunts.

“In Arkansas we’ll sell about 300,000 to 350,000 hunting licenses every year,” Wilson says. “A vast majority do deer hunt.” Kids under 16 don’t require a hunting license, which means on “Nov. 11 we could have half a million people in the woods on opening day.”

“Obviously, safety is a concern with that many people in the woods. Many years ago Game and Fish mandated the wearing of hunter orange. Since that became mandatory our vision-related accidents have decreased by 50 percent,” explains Wilson. Now, the most common hunting-related accident is people falling out of tree stands, especially bow hunters. “A full body safety harness is encouraged when hunting from a tree stand,” Wilson adds.

Hunters are required to tag a deer as soon as they kill it and then call in and check it, Wilson explains. He expects more than 215,000 deer will be checked in Arkansas this year.

“We have a very liberal bag limit. In some zones, six deer is the bag limit,” he says. “We’re very blessed here in Arkansas to have a good deer population. We estimate about one million deer in Arkansas.”

Hunters should pick up a regulation guidebook for details on general hunting rules, season dates and tag limits, licenses, and where to hunt. AGFC prints 500,000 booklets a year. They can be picked up where licenses are sold, at regional AGFC offices and nature centers, or get them online at www.agfc.com .

A lot of hunting takes place on private land as well. Many people are members of deer camps.

“Some people hunt for their food,” Wilson says. “Probably for a majority it’s a strong tradition and they hunt for the fun and the camaraderie of the deer camp.”

AGFC works closely with Arkansas Hunters Feeding the Hungry. “After hunters have killed all the deer they want for their freezer they can donate the rest,” Wilson explains. Hunters take the donated deer to participating processors to be made into deer burger. The processors call local food pantries, which often have a difficult time obtaining meat or protein, to distribute the donated meat. The deer burger is provided at “no cost” to the agencies but money does have to be raised to pay for processing costs.

Arkansas Hunters Feeding the Hungry is a highly successful program that has provided approximately 3 million served meals to the state’s most needy citizens. The success of the program depends upon the generosity of hunters to donate venison and other wild game, cooperation from meat processors throughout the state, support from local food distribution organizations, and the financial contributions of businesses and other citizens.

The organization needs to raise about $100,000 to fund the program annually. It encourages individuals, hunting clubs, businesses, churches and other groups to donate funds.