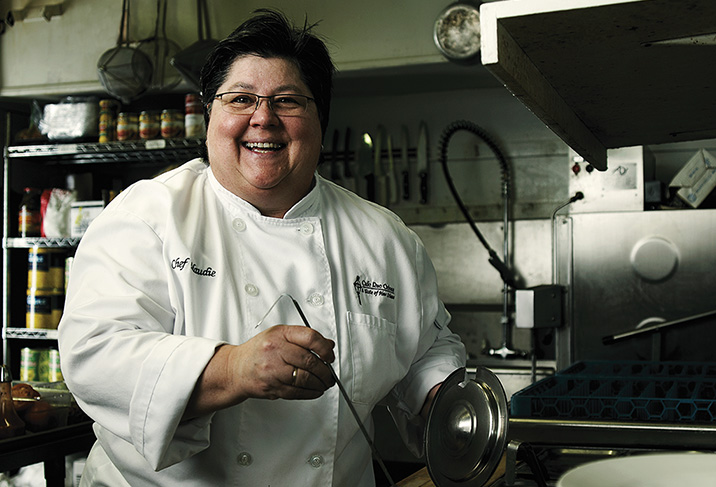 Fayetteville chef and celebrated local restauranteur Maudie Schmitt will be a contestant on a new Food Network program which will debut next week.

Schmitt, owner and executive chef of Café Rue Orleans, on College Avenue in Fayetteville, will be featured as a contestant on Supermarket Stakeout. The show will debut on Aug. 13, beginning at 9 p.m.

According to a new release, the show will be hosted by Alex Guarnaschelli, the celebrity chef host of Iron Chef and judge in Chopped.

The show is centered around a cooking competition, where Schmitt will compete against three other contestants. Each competitor receives $500 to purchase groceries from actual shoppers leaving a grocery store. They’re required to cook with the items they purchase from those shoppers in a pop-up kitchen.

The show will also feature three elimination rounds. The second round affords contestants a chance to look through grocery bags before purchasing the food. In the final round, chefs can purchase five ingredients from as many shoppers as they need. The winner receives $10,000.

For a bit more info about the show, visit foodnetwork.com.