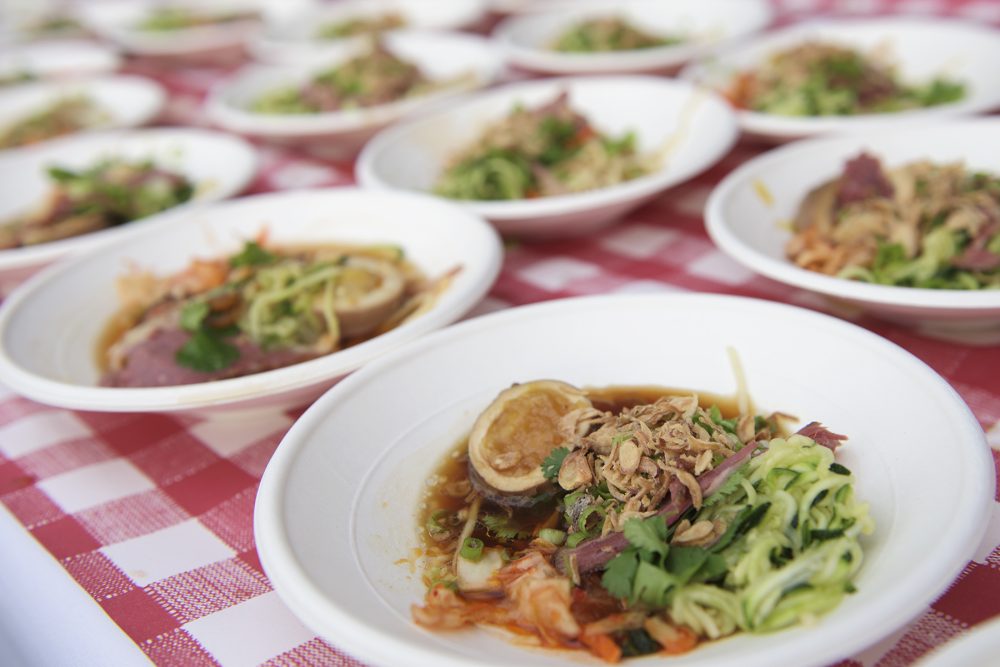 Since its humble beginnings at Greenhouse Grille several years ago, Fayetteville Roots Fest has grown exponentially, bringing in musical acts like Lucinda Williams, Jay Farrar and the Punch Brothers. This year’s lineup doesn’t disappoint with the Wood Brothers, Nick Offerman and Iron & Wine among others. One constant since the festival’s inception has been the quality food served during the event. Each year, Roots co-founder Jerrmy Gawthrop, owner of Greenhouse Grille and Wood Stone Pizza, has upped the ante with culinary programming and 2017 looks to be the best year yet.

“From the beginning, food played a role in the event,” Gawthrop said. “Back in the day, it was simply the VIP party spread of locally sourced/locally chef’d up food for 350 to 450 people. Then, at the event, the same three chefs would have vending stations with ‘gourmet festival fare’ as we dubbed it. Putting more focus on the food has been a goal for years, having a steady growth towards more events, more tastings, more chefs, just more. In the last two years, we’ve had the ability to not only facilitate this, but allow more to come to fruition. Kind of like, I opened the can of worms and now it’s hard to know where to stop.” 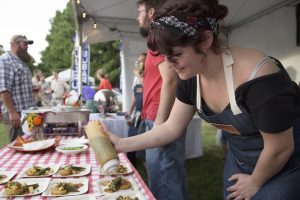 Fayetteville Roots Fest runs from August 23 to 27 with events also occurring at Crystal Bridges Museum of American Art. Many events are free to the public. Special culinary celebrities are AY Magazine contributor P. Allen Smith and Joe Kwon, cellist for The Avett Brothers. The guest chefs are from all around the country. Chef Pecko Zantilaveevan, of the Four Seasons, will bring some Manhattan flavor to the Ozarks while Chef Digby Stridiron, of Balter in the Virgin Islands, brings a taste of the Caribbean. Other national chefs are flying in for the event and some familiar Arkansas names will be on hand including Chef Matt Bell, of South on Main in Little Rock; Chef Kurt Plankenhorn, of 28 Springs in Siloam Springs; and Chef Justus Moll, of River Grille in Bentonville, along with many more.

On Thursday, Smith will host the Feed Communities VIP Fundraiser lunch at Pratt Place Inn. Bell and Chef Anne Carroll, of Farmer’s Table in Fayetteville, will prepare the food while Ozark Beer Co. will have their award-winning craft beer on hand. People with a passion for food should attend the Taste & Talk Series on Saturday from 9 a.m. to 5:30 p.m. at Stage 18 to hear culinary entrepreneurs like Preston Stewart, of Hello Cocoa, and Jon Allen, of Onyx Coffee Labs.

Also visit the Roots Pop-up Bistro located at the Fayetteville Town Center on Friday through Sunday until 9 p.m. each night to taste delectables prepared under the watchful eye of Chef Michael Robertshaw.

Many more culinary events will occur. Visit the Fayetteville Roots Fest website for a full schedule.