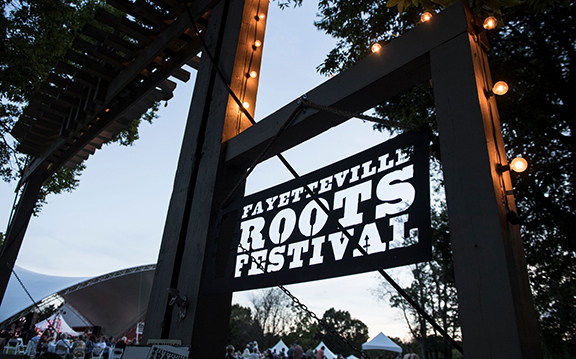 Fayetteville Roots Festival serves up authentic music and food featuring local and international chefs
By Kody Ford | Photography by Michael Woods, Alicia Bennett and Meredith Mashburn
The cultural DNA of the Ozarks has long been subject to celebration and derision. But the authenticity of the region holds an undeniable appeal. As America has moved toward polished pop music and franchise restaurants, an event like Fayetteville Roots Festival has blossomed as an antithesis to such banality. This year is no exception.
Lovers of music and food are in for a treat as national acts and up-and-coming regional performers take the stage across 10 venues, including the Fayetteville Town Center, Crystal Bridges Museum of American Art, Brightwater Culinary Center and George’s Majestic Lounge.
The music is aptly paired with locally sourced food from the region with a focus on supporting local farmers, chefs and restaurants. With so many events across Washington and Benton Counties, you’ll want to do your homework and check the schedules if you plan to attend. The programming aims to offer something for everyone. Be sure to check their website, therootsfest.org, for the details. 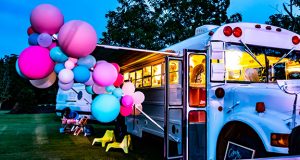 The full music lineup features Gillian Welch, Mavis Staples, Del McCoury Band, Booker T. Jones, Josh Ritter, Turnpike Troubadours, Flaco Jimenez, Gregory Alan Isakov and more. Such a stellar bill has become part and parcel of the festival since its inception in 2010, when it was founded by musicians Bryan and Bernice Hembree of Smokey and the Mirror, along with Jerrmy Gawthrop, owner of the inaugural year’s venue: Greenhouse Grille. The Roots Festival originally featured only music. In 2015, Gawthrop added the culinary aspect. Since then, this programming has proven to be extremely popular, and in 2018 has expanded to the point that the food-based programming now rivals the music lineup. They have brought in chefs from around the world, including Russia and the Virgin Islands, along with strong Arkansas representation. The vast palette of programs is sure to appeal to foodies.
Chef highlights include MasterChef Season 7 winner Shaun O’Neale, Tandy Wilson of City House (Nashville, Tennessee), Digby Stridiron (St. Croix, U.S. Virgin Islands), Anton Abrezov (St. Petersburg, Russia) and Edward Lee of MilkWood, 610 Magnolia (Louisville, Kentucky) and Succotash (Washington, D.C.). Local and regional chefs include Jason Paul of Heirloom in Rogers, Matthew McClure of The Hive in Bentonville and Matthew Bell of South on Main in Little Rock. Author and chef Crescent Dragonwagon will also take part in the event. 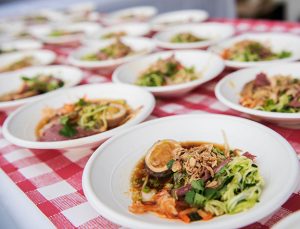 “We have created culinary events ranging from multi-course dining experiences to grand tastings, chef-driven master classes, workshops, competitions, lectures, farm tours and demonstrations,” says Gawthrop. “Overall, the edible experiences are abundant during the festival week and with this in mind, we are offering a five-day ticket package to the culinary events.”
Much of this year’s culinary action can be found around Bentonville. The Roots Chefs’ Dinner will take place on August 22 at 5 p.m., at 21c Museum Hotel. The “Ozarks in the Summer” themed dining experience features a five-course meal paired with beverages by Pink House Alchemy. Chef Tandy Wilson, Chef Matthew Bell, Chef Matthew McClure and Chef Phoebe Lawless will take part. Tickets are $100.
Across the square, Roots at the Record will feature Chef Merlin Verrier, Chef Digby Stridiron, Chef Anton Abrezov, Chef Jason Paul, Chef Casey Copeland, Chef Justus Moll, Chef Matthew Cooper and more. This evening event will feature eight chefs’ collaborations and tasting stations in conjunction with local brewery partners and cocktails set to the sweet sounds of the legendary Mavis Staples and Booker T. Jones. Doors open and tastings begin at 6 p.m., and the music kicks off an hour later. Tickets are $50. Both of the aforementioned events will benefit Fayetteville Roots Festival’s Community Outreach Programming. 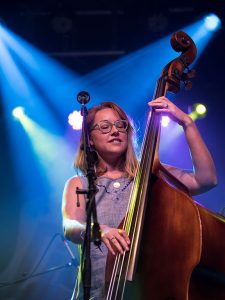 On August 24, from 10 a.m. to 3 p.m., Brightwater, the new culinary school in Bentonville, plays a part in this year’s Roots Festival. For inclined foodies looking to increase their kitchen skills, the Master Class series will allow those in attendance to learn from chefs as they lecture and demonstrate techniques to students and the public in the classroom at the school. The event will also feature a brewery tour and tasting with live music at Bike Rack Brewing Co. and events throughout 8th Street Market and South Market.
Gawthrop is excited to offer programming in Bentonville this year.
“Lots of our top chefs and restaurant partners are from Bentonville, not to mention Brightwater, which is a critical partner hosting many of our national guest chefs,” he says. “Bentonville as a collective is heavily engaged and invested in the culinary scene, which makes for a great place to host our kind of events.”
Fayetteville won’t be left out of this year’s dining experience, either. The gorgeous grounds of Pratt Place Inn will once again host Roots Festival on August 25 from 11 a.m. to 6 p.m., during Roots Food and Spirits. At least six venues and culinary areas will play host to numerous unique programs throughout the event, which includes numerous themed tastings, spirit-based activations, lectures, workshops, guided foraging walks, new brewery tastings, book signings, demonstrations and competitions for both professional chefs and high school culinary students. Tickets are $50 and musical performances will be announced at a later date. 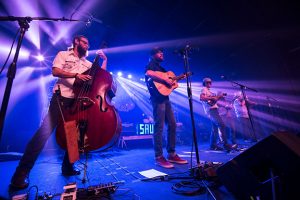 Over the years, Roots Festival has worked to support Tri Cycle Farms, a sustainable urban community farm in Fayetteville. The Tri Cycle Farms Jamboree will have music by The Wild Rivers and Adam Cox, along with a farm party featuring family-friendly activities, kids programming, food and beer tastings, ice cream social, live music, craft beer, cocktails and more. Tickets are $20 and benefit the organization.
Gawthrop believes 2018 will be the best year yet for Fayetteville Roots Festival, with musical performances and culinary programming that are sure to wow those in attendance.
“We pay keen attention to the music scene and listen to our festival goers in attempts to bring a lineup that is compelling, relevant and dynamic,” he says. “This year’s musical lineup is a perfect example, showcasing a lineup of legends and emerging artists who perform an eclectic mix of musical genres. We curate every nuance of the event, and this intent to be hyper-mindful is challenging, but extremely rewarding at the same time. We look at this festival like an experiential styled art form, where Northwest Arkansas is the canvas, and we aim to paint an amazing, authentic experience with every event.”
Visit therootsfest.org for tickets. Follow on Instagram @fayettevilleroots or like on Facebook: facebook.com/FayettevilleRoots.