The annual fundraiser Taste of Little Rock is set for April 14, and organizers are looking forward to a record-setting event. After all, this year’s honoree, Bob Denman, set a record of his own.

Photography by Janet Warlick (photo above: a surf ‘n’ turf from Cajun’s Wharf)

[dropcap]Bob[/dropcap] Denman officially retired March 30 as the University of Arkansas at Little Rock’s (UALR) vice chancellor for advancement. On April 14, he and wife Peggy will be honored at a fantastic “retirement party”: Taste of Little Rock (TOLR).

Denman joined UALR in October 2001. He led the alumni, development and communications offices and managed UALR’s first-ever comprehensive fundraising campaign, a drive that raised an astounding $100 million. His outstanding efforts along with his and wife Peggy’s dedication to the University are reason to celebrate, and TOLR organizer Derek Boyce, UALR’s director of annual giving for alumni and development, said the secret to the event is simple: “It’s a fun event. There’s no program, no speech and it’s not a ‘lingering’ event. It’s two hours. You come out, enjoy great food and beverages, visit with friends and go home. Of course, it’s also special because it benefits something special: scholarships for deserving students. Add to that the opportunity to honor someone’s outstanding work … you can’t beat it.”

This is the 13th year for this event that formerly featured international cuisine, which was reflected in the name; it’s been Taste of Italy, Taste of Germany, Taste of Argentina, etc. This marks its third year as Taste of Little Rock and the second year the event will be held in UALR’s Jack Stephens Center.

“Changing the theme to Taste of Little Rock, which opened it up to more restaurants, and changing the venue from the Bailey Alumni Center to the Jack Stephens Center made all the difference in the world. Our attendance went from a few hundred to 1,000. Taste went from a party to an event,” Boyce said. 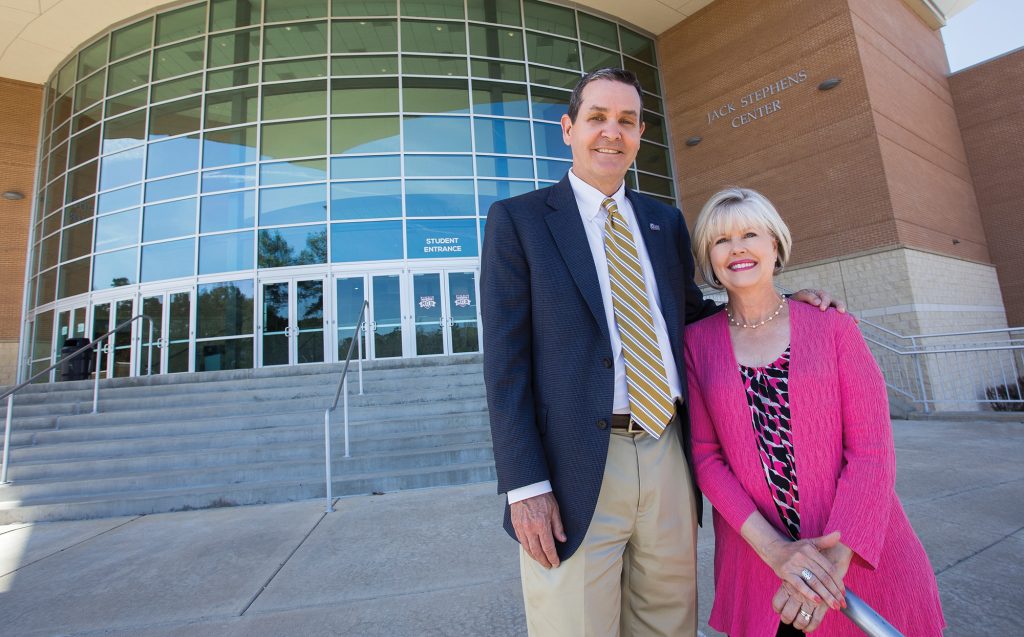 The event has honored someone the past three years. Past honorees were Dr. Charles W. Donaldson, vice chancellor emeritus of the division of educational, student services and student life; Janet Jones, founder/owner, The Janet Jones Company; and Ron Lazenby, owner, RWL Investments Company.

“And this year, we’re honoring Bob and Peggy. This is Bob’s retirement party, so to speak, and what a way to send him off,” Boyce said.

Denman graduated from UALR in 1974, served as president of the UALR Alumni Association and chaired its Foundation Fund Board. This close association was one of the reasons he was a good fit for his position.

Dr. Charles Hathaway, chancellor emeritus for UALR, approached Denman at a pivotal point in his life, asking him to fill the University’s need for development.

Hathaway said Denman’s affinity for UALR was a definite factor in considering Denman. “As a graduate, he’d stayed close to the University and he’d succeeded in a career in the television industry. He was at a peak in that career, so he was ideal. The pitch I made was one I felt would turn his head. I asked him, ‘Are you doing something that’s satisfying, something that you can look back on in years and say “I made an important difference?” If not, you need to say yes to my proposal.’” 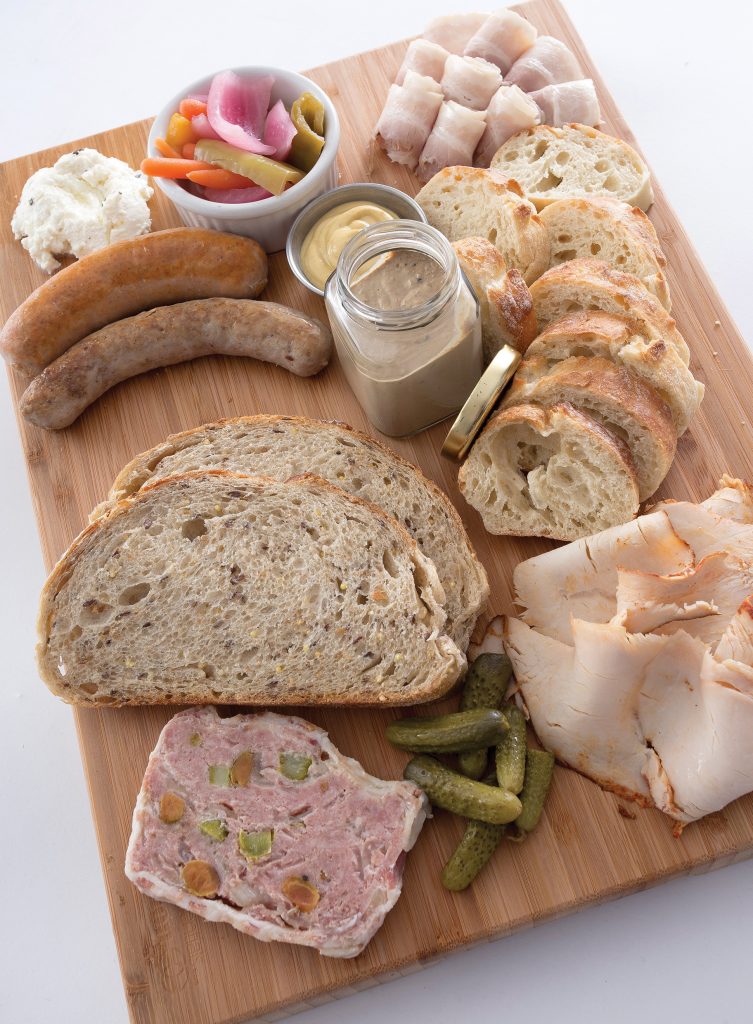 Charcuterie board from The Pantry Crest

“UALR did not have a mature, functioning development office.” Hathaway continued. “We were an organization that tended to host functions in the hopes that people would follow through and donate, but they didn’t. I’d been at two other universities that had mature development operations, so I knew what we needed. Bob Denman is a natural. [When it comes to development and fundraising], you need a person who one, believes in the institution and who ideally has an attachment to it, and two, who possesses a natural sales ability. Someone who has the ability to get the story across and who is comfortable asking for support. Bob was a good fit.”

After earning his degree at UALR, Denman went to work at KARK. “I was basically a gopher and I worked my way into sales,” he said. “Over 25 years, I worked my way up the ladder and became vice president of the parent station. They threw a reception for me, and Chuck Hathaway was there. He said, ‘You won’t believe what I’ve been thinking. Do you have any interest in ramping up our fundraising efforts at UALR? It’s never really gotten up and going.’ I was flattered, but …  Then he asked, ‘Are you adding value to anyone’s life?’ It knocked me over.” 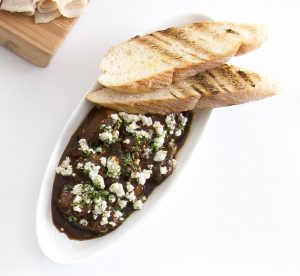 That evening, Denman said, he talked to Peggy about the conversation. “She said ‘You’re going to take it, aren’t you?’ Chuck and I talked several times. I asked for three months. So, I was in the job I’d worked 25 years for and I stayed six months. I loved TV. It was fun. It was high-profile, but being able to help someone go to school, to add value to someone’s life is a much higher calling.”

He had three goals: to be the best person to ever hold the position; to undertake a campus community campaign; and to oversee a successful fundraising campaign. “I felt it was important that the faculty and staff invest first. If we give, it’s much easier to ask someone to join us. I knew this would make a big difference with the donors,” Denman said.

As an example, he and Christian O’Neal, who is slated to replace him as vice chancellor, but was new to his position as corporate foundation officer at the time, traveled to Northwest Arkansas to solicit funds for scholarships for the University’s nursing program. (By the way, TOLR is partly O’Neal’s brainchild, so it’s no surprise that he’ll become the University’s next key fundraiser.) They were asked to send a proposal.

“We were in the middle of a campus-giving campaign, and every staff and faculty member of the program had given, so we shared that. We got the funding and later we were told it was due in part to the fact that the faculty and staff had given,” Denman said. He said he saw this impact several times, notably when one donor doubled his gift, from $25,000 to $50,000, just because he heard that the employees had invested in the campaign. 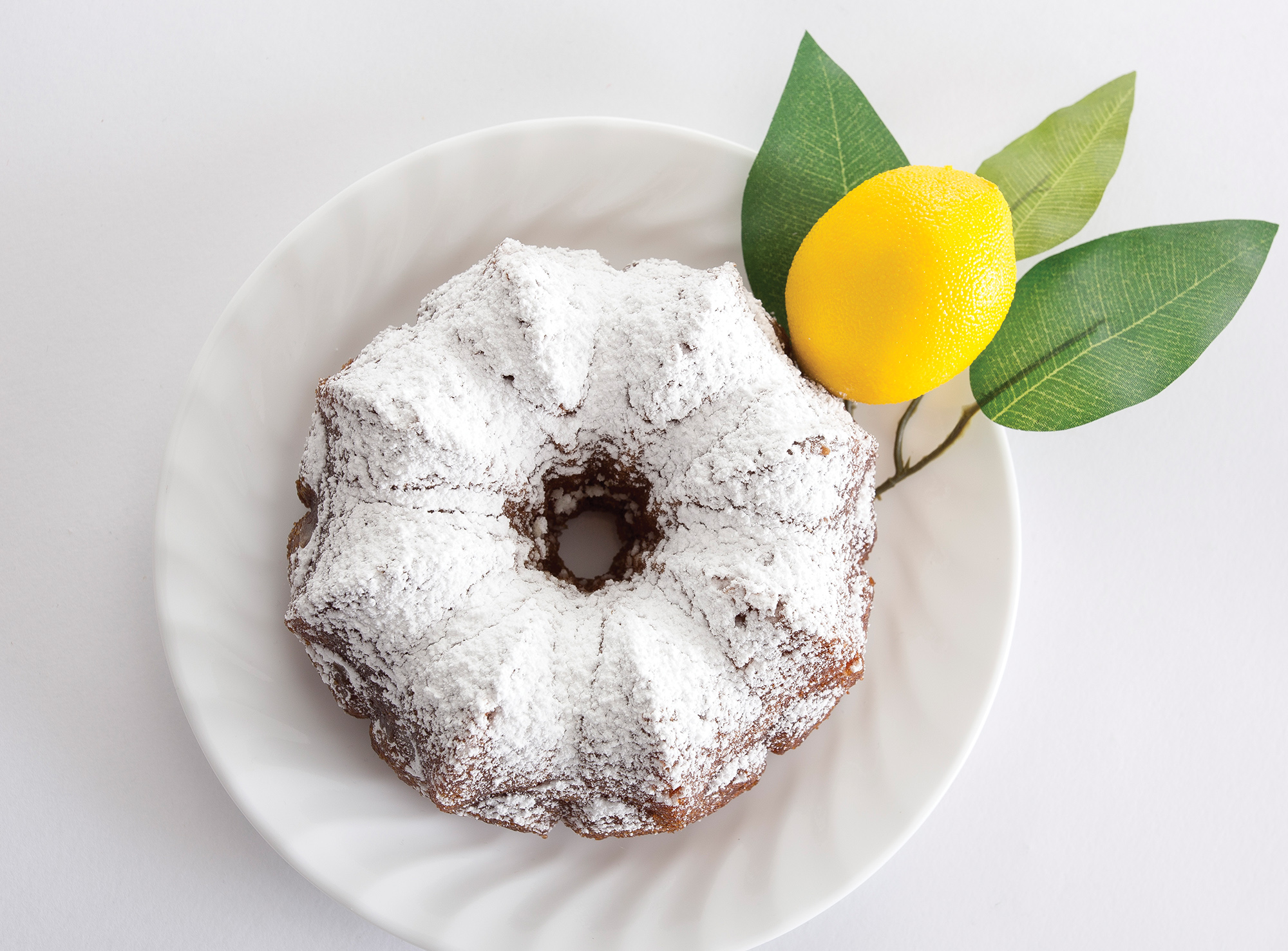 Denman’s dedication to UALR began with his family. His father was his hero and supported his son’s efforts while Denman earned a degree. His brother graduated from UALR, and so did his mother; she went back to school after rearing her children.

“I have a deep feeling, a need to give back on the behalf of my family, but also due to the students. If you could hear some of the stories of what the students have been through. When I sit at the commencements and watch them come across the stage, I know [they’ve overcome incredible odds]. One young man had served in the military and been injured in combat. When he got to the end of the stage, he was chest bumped by members of his battalion who’d come to see him graduate. One year, we were five names into the ceremony when we called a woman’s name and her son, who looked to be 8 or 10 years old, stood up and yelled ‘That’s my momma!’ You see messages on the students’ mortarboards … one young lady’s said ‘Hell froze over.’” 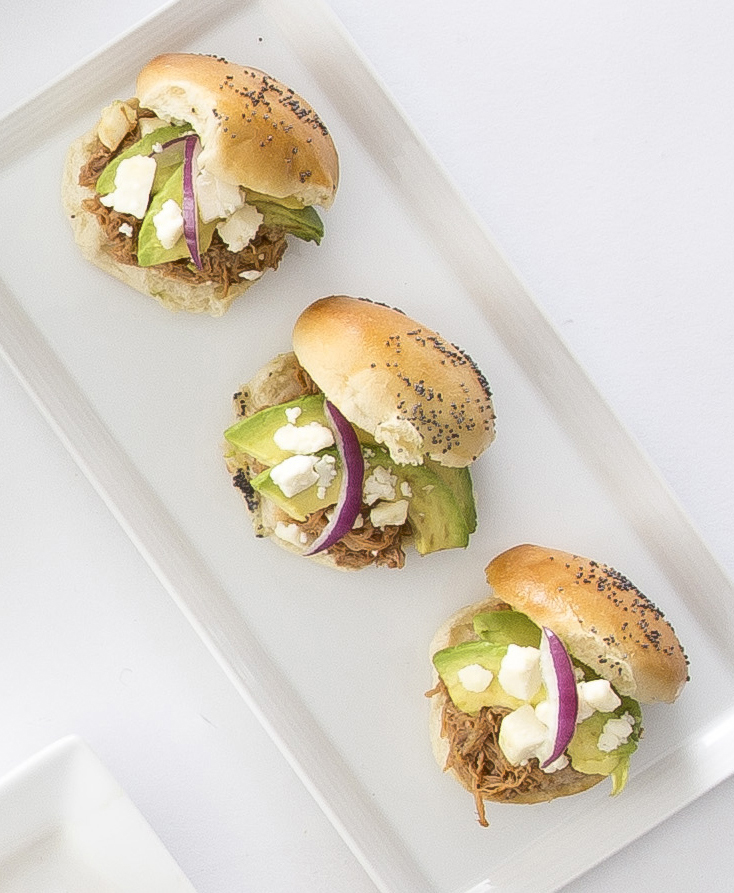 Denman said it’s these types of stories that inspire him.

His wife of 44 years, Peggy has supported him every step of the way. The two met in high school when they were 15 and attended the University together. “Our first date was a church youth party,” Denman said. The two were inseparable, and his affection for his high-school sweetheart is clear. Peggy said the pair lived pretty modestly as newlyweds. She went to work, so Denman could finish his degree, and they started their family just as he graduated. Peggy said she attended many functions with her husband over the years. She remembers the night Hathaway approached Denman.

“Bobby worked in television for years and it was pretty stressful. This opportunity came along — he’d always loved UALR. He kept saying he’d really like to do it but … in the end, I think, he wished he’d done it a lot sooner,” Peggy said.

The functions they attended as a part of UALR differed from those they had gone to when Denman worked in television. The purpose was more meaningful, she said. “When you work in corporate, money goes to all sorts of things, like to purchase items such as jets. But the work Bobby has done for UALR is meaningful. Raising money for scholarships, and not money that’s going into someone’s pockets, it’s purposeful.”

Hathaway echoed Peggy’s sentiment about Denman’s work. “Bob created a substantial change. To be effective, a good development director must have a good understanding of the university, develop a good donor base and ask for money. And Bob is just great,” Hathaway said. “I hoped he could be that successful. You know, you really cannot tell how well someone will do until they’re in position, but I had great hopes, and Bob lived up to and surpassed those.” 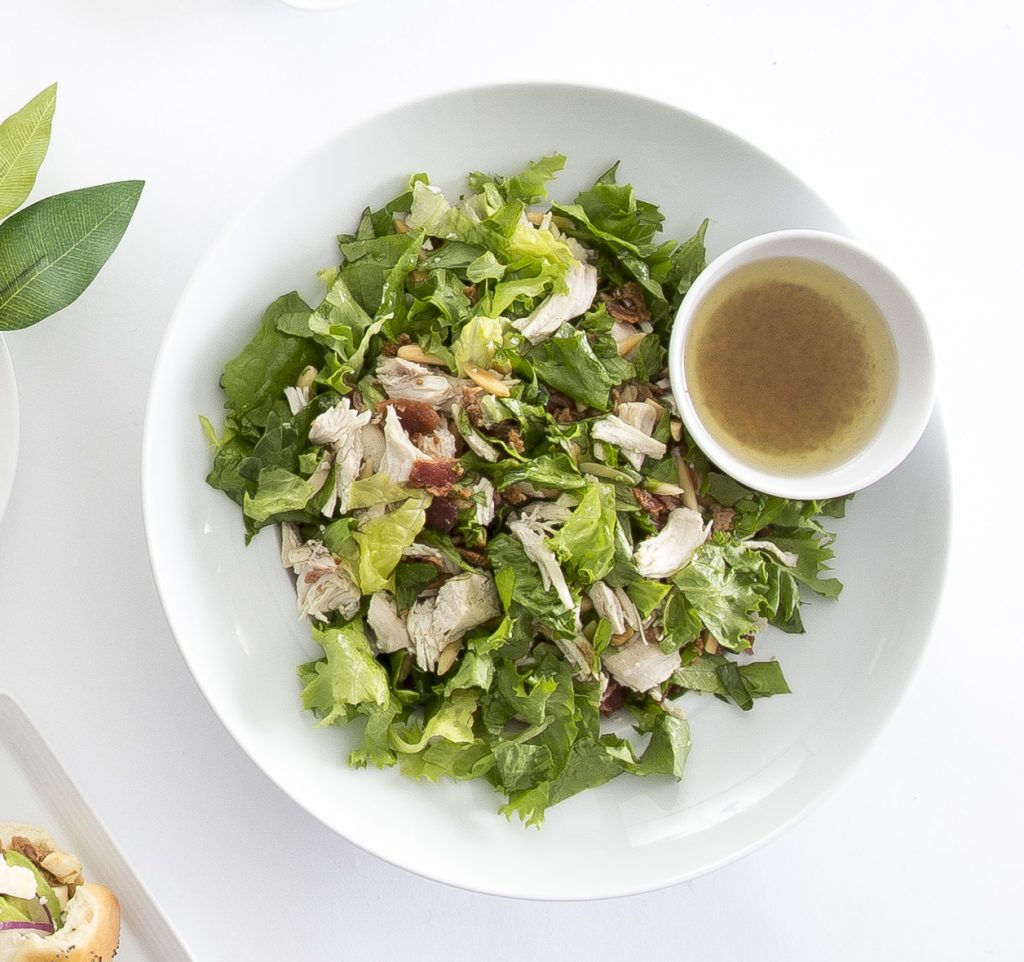 Don Riggin, president of the UALR Alumni Association, called Denman’s work monumental. He has known Denman for more than 20 years. “Bob has so much fire in his belly for UALR. He’s one of the most passionate, caring and committed professionals I’ve ever met. He worked hard making sure UALR is recognized as an outstanding higher-education institute in Arkansas and in the United States. He’s been monumental in the success in the development area of UALR.”

Now that Bob’s retiring, the Denmans hope to travel a bit, slow down and simply live leisurely and spend much more time with their grandchildren. Peggy said the couple’s grandchildren joke that Denman knows everybody in Little Rock. Perhaps that’s why sponsorship tables for this year’s Taste quickly sold out.

TOLR has grown significantly over the years. O’Neal was at the helm at the event’s inception, but he gives all the credit to others.

“Rebecca F. Ward had the idea,” he said. Ward is an alumna and served as president of the alumni association. “That first year, we went into debt by several thousand dollars, but we had to do something. That year the association turned 80, and the association had only an $80,000 endowment for scholarships. We’d get together annually and say, ‘OK. How many hundreds of dollars in scholarships are we going to give away?’ We had to grow the scholarship fund.”

“And every year, Rebecca, Lela Dockery, Alfred Williams, Scott Schuh, Troy Duke … the TOLR committee and the association outdid themselves. This is one of the easiest and most fun things we do now.”

Today, the UALR Alumni Association Scholarship endowment is $1.8 million. O’Neal said it’s due to alumni efforts and support. “When I travel and share this growth with colleagues, they’re astonished.”

Boyce said TOLR’s goal is to raise $100,000, which will benefit the scholarship fund. Each year, 10 to 12 scholarships are awarded to deserving students, gifts that as O’Neal pointed out, strengthen the community. “So many of our alumni are doing important things in the community. Scholarships help students obtain degrees without having to acquire so much debt, [which allows them to give back].”

He’s looking forward to his new position and to continuing to work with a phenomenal team. “This is a dream come true. I’m blessed and I know we’re going to do great things,” O’Neal said.

*More restaurants to be added