For decades Riverfest has been the family-fun place to be in Little Rock over Memorial Day weekend. This month, the revamped Riverfest is ready to once again rock the river, putting Little Rock on the music festival map.

[dropcap]The[/dropcap] heart and soul behind the state’s largest single event is stronger than ever as the community-minded volunteers of Riverfest prepare to bring Little Rock a re-fashioned music festival. The dates have changed and the bands are more congruent with current music trends. Organizers hope to make Little Rock a “don’t miss” spot on the summer music festival circuit.

What hasn’t changed is the mission behind the festival: to make a significant impact on the community, both economically and philanthropically. For nearly 40 years, the festival lit up downtown over Memorial Day weekend with family-fun activities, funnel cake food trucks and Ferris wheels. Riverfest 2016, June 3 through 5, has all of the festival favorites but is designed with a more concerted effort to attract regional music lovers.

Featuring popular acts such as quirky rock group The Flaming Lips and award-winning country sensation Chris Stapleton, this year’s music lineup is the most current one that Riverfest has ever seen, said DeAnna Korte, Riverfest’s executive director. Because the cost of bands continues to rise as record sales drop in this era of streaming music, Riverfest officials had to continue raising the festival entry price to afford the music that festivalgoers have come to expect. To accommodate attendees and make Riverfest more affordable, the organization’s board of directors decided last summer to move the children-specific activities to their own day. On April 2, the inaugural free family event Springfest took place, including the 5th Annual 5K Fun Run followed by crowd favorite Ruff on the River Pooch Parade and more. 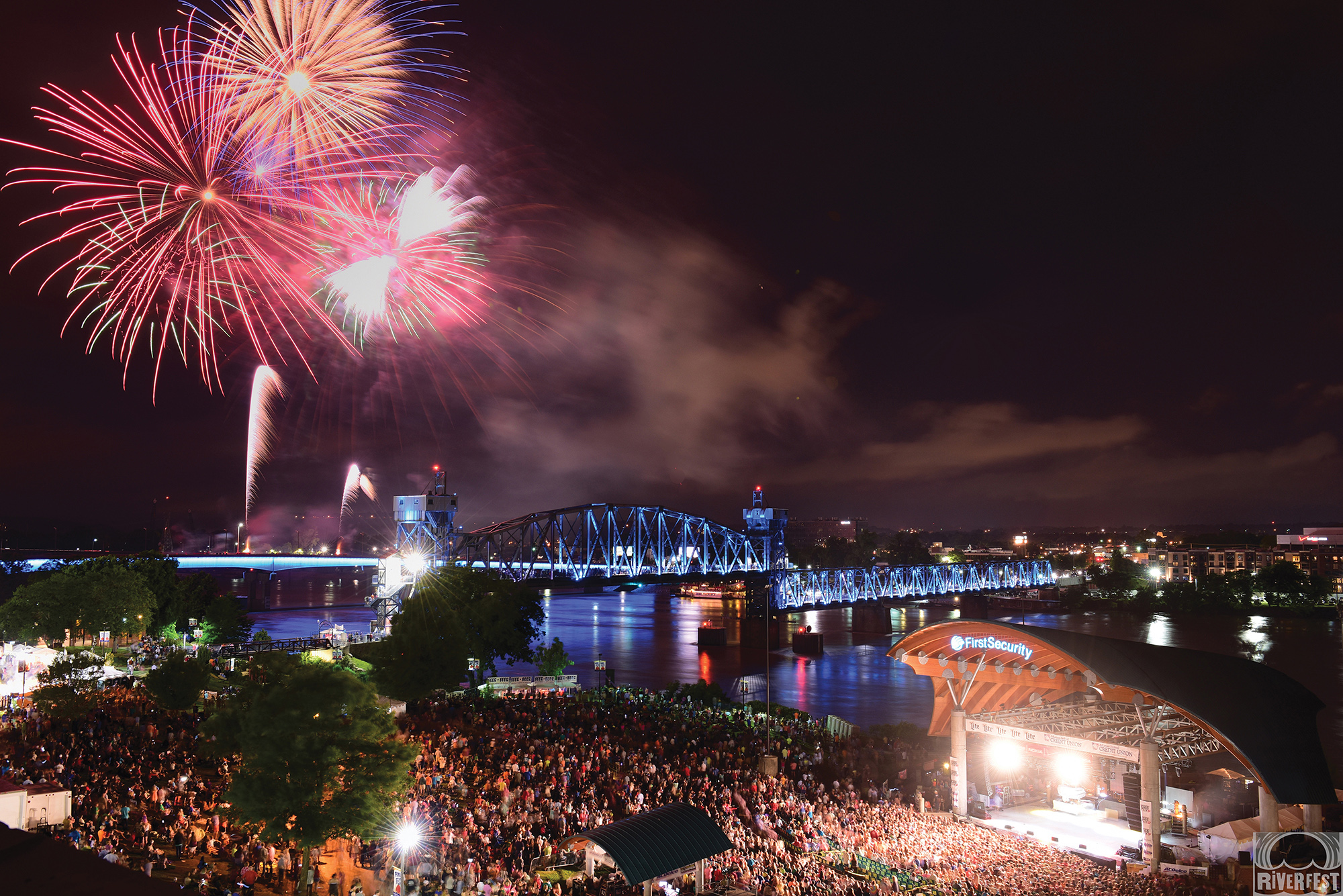 In the age of social media, Riverfest organizers are able to retrieve more feedback from attendees, Korte said. “The biggest complaint was from families who said they just couldn’t afford to come. The family activities are very important to who we are and to our mission, but to expect a family of four to spend $25 a head to have their children’s faces painted and make crafts is just too much.” With the change, Korte said organizers feel they’ve given people “the best of both worlds.” She continued, “The great thing about our organization is that every year we re-evaluate what worked and what didn’t, and we try to improve. You are never going to please everyone, but I believe we have a fantastic event.”

This year marks Riverfest’s 39th anniversary. Korte has been with the festival for nearly 20 years. Its influence on the community is what keeps her involved. A nonprofit organization, Riverfest has given more than $1 million back to the community to date.

“People get caught up in what bands are coming and the cost of tickets, and they miss what a big philanthropic entity Riverfest is for the community,” Korte said.

Riverfest began as The Summer Arts Festival in 1978 when the Junior League of Little Rock brought the American Wind Symphony to the city. After outgrowing Murray Park in the early 1980s, Riverfest moved downtown. When it moved to its current home in Julius Breckling Riverfront Park in ‘83, more than 100,000 people attended. About 230,000 people attended last year, with an estimated economic impact of $33 million in the community.

Overall, feedback on the date change has been positive, Korte said. “You have to change to stay relevant, and we feel the changes we have made this year are what is best moving forward. I think people miss the economic significance that Riverfest has on the community. This year alone, we have sold tickets overseas and in more than 30 states. Those people have to have places to stay and eat — they are filling hotels and restaurants, and hopefully, they leave after our three-day event wanting to return, not just for Riverfest but because of the great community that we are.”

The biggest challenge this year and every year, Korte said, is booking entertainment. 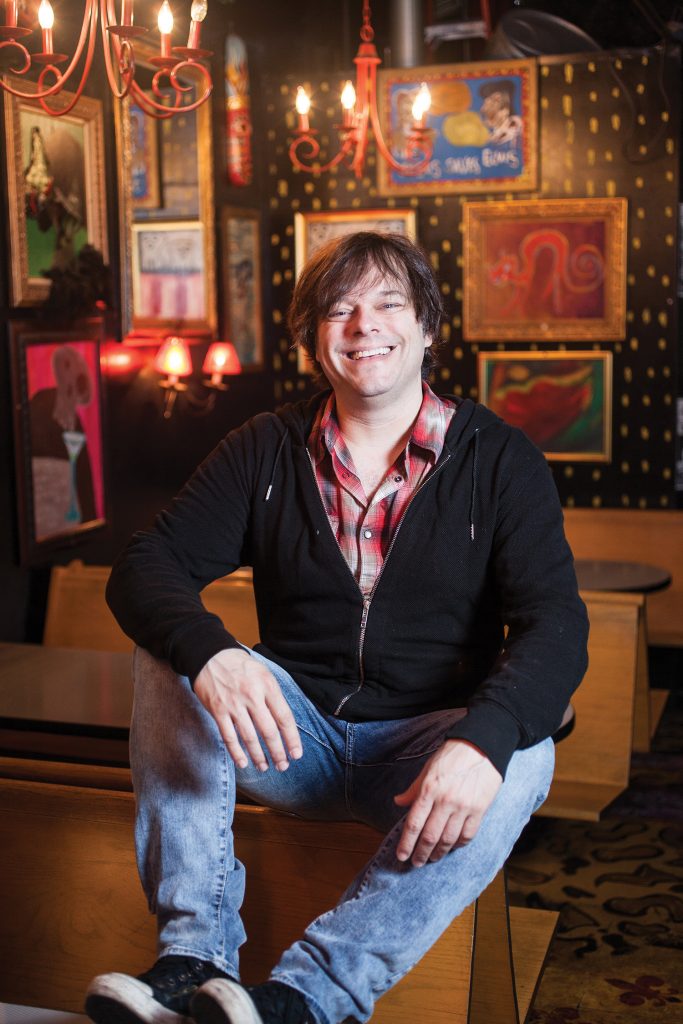 “The cost of the bands and routing make it probably the biggest challenge we have,” she said. Helping make that process run smoothly is Chris King, owner of River Market music-hosting establishments Stickyz Rock ‘n’ Roll Chicken Shack and The Rev Room.

In his sixth year as a talent buyer for Riverfest, King is responsible for negotiating artist contracts. “I do a lot of consulting with the team in the Riverfest office and a ton of independent research,” he said. “There’s a lot of brainstorming that starts about a year in advance. About nine or 10 months out, a few of us start calling and checking on artist availability. Then for several months, it’s simply a matter of determining who wants how much money and if that is realistically available. It’s a very unique puzzle-type of experience.”

With Riverfest more concentrated on music this year, King said it will be a good indicator to gauge the support level of a major music festival in Little Rock.

“Bigger acts are always fun, but the key to a great music festival is finding the balance between the artist, the ticket price and what a market is willing to support.” Of this year’s lineup, King noted, “There’s no filler here. It’s all great stuff from early in the day and through the night.”

Korte said she believes Little Rock is more than ready for more music in an outdoor setting. “We have a great venue that is definitely underutilized. And even though we have pulled out a portion of the kids’ activities, Riverfest will still have all of the arts and crafts, great food, carnival rides and festival fun that people are accustomed to seeing. For only $37.50, the price is still the cheapest around for any festival.”

The complete activity list and lineup is available online at riverfestarkansas.com.

Stacey Hall is in her seventh year as a Riverfest committee member and media coordinator. She’s also an avid music listener and concertgoer.

“I am excited that this year’s festival will take place in June,” she said. “Change is exciting, and I am thrilled by this year’s diverse and current lineup. There is something for everyone. I hope we will have the community’s support in making this festival our best yet. This wonderful event is important and has a tremendous economic impact on our city.”

The weekend commences June 3, with “Flowing on the River,” a party during which guests can sample hundreds of wines and local craft beers, great food and enjoy live music.

Longtime Riverfest volunteer Lydia Bemberg is helping with Flowing on the River, a separately ticketed event. Her first “job” with Riverfest was in 2000 in a beverage tent. “I was hooked,” she said. A past Riverfest chair for two consecutive years, Bemberg said the festival provides a good opportunity for people to personally give back to the community through volunteering. A 250-member committee and between 2,000 and 3,000 volunteers make Riverfest a success each year.

Bemberg thinks the event change was a smart move. “This way a family of four can afford to go and enjoy Springfest, and Riverfest is good for those who just come for the music.”

Also new this year is a no re-entry policy. Security was the biggest factor in that decision, Korte said. “We talked to a lot of other festivals and arenas and decided this was the direction we needed to take. We will allow folks to come and go until 5 p.m. each day, but after that the crowds get very heavy, and this will allow us to do thorough bag checks and wand checks just one time. Change is hard on people. [This change is similar to] when we went from a button to a wristband, people didn’t like it, but it’s all about what’s best for the festival.”

The dates and details have changed, but the state’s largest fireworks display will still conclude the weekend of entertainment. The bottom-line goal is to provide a clean, safe and fun atmosphere for people to enjoy live music, the arts and recreation together. Riverfest is part of what makes Little Rock unique, and it’s about preserving and expanding that distinct hospitable vibe of the city, Korte said. “This festival is all about promoting and enhancing Little Rock, and that’s what is important to remember,” she said.

Tickets
$25 per person for Flowing on the River
$37.50 for a discounted weekend pass;
good for entry Saturday and Sunday
$500 for a weekend VIP package;
includes two tickets
Free for children 10 and younger