This month, we recognize Black History Month by highlighting two of our state’s Afrocentric galleries, Hearne Fine Art and the Mosaic Templars Cultural Center, in addition to the outstanding artists whose work will be exhibited during the commemoration.

[dropcap]Since[/dropcap] its inception in June 1988, Hearne Fine Art of Little Rock, which began as Pyramid Gallery, has showcased artwork by local, regional and national, established and emerging artists of color. Proprietor Garbo Hearne has cultivated symbiotic relationships with artists and the public alike, establishing a stellar reputation in the community and celebrating African-American culture year-round.

“I’ve been lucky to find and display the work of masters,” she said. “I’ve established relationships with many artists, and I enjoy bringing them back every three to five years to showcase their progression.”

In 1998, she separated the gallery and framing businesses, establishing Hearne Fine Art and Pyramid Art, Books and Custom Framing — a move that has allowed her to continue to showcase fine art and encourage patrons to acquire it. 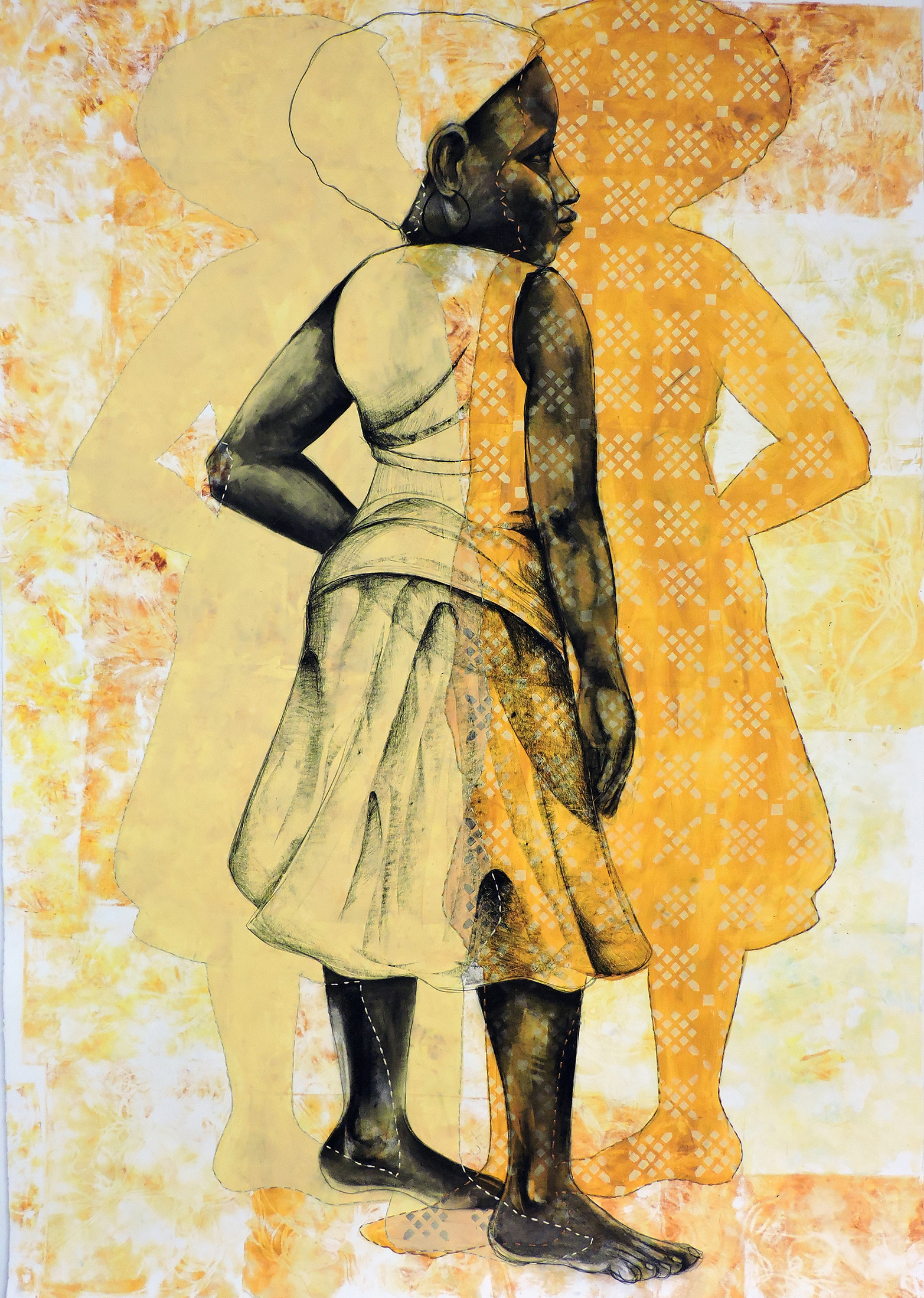 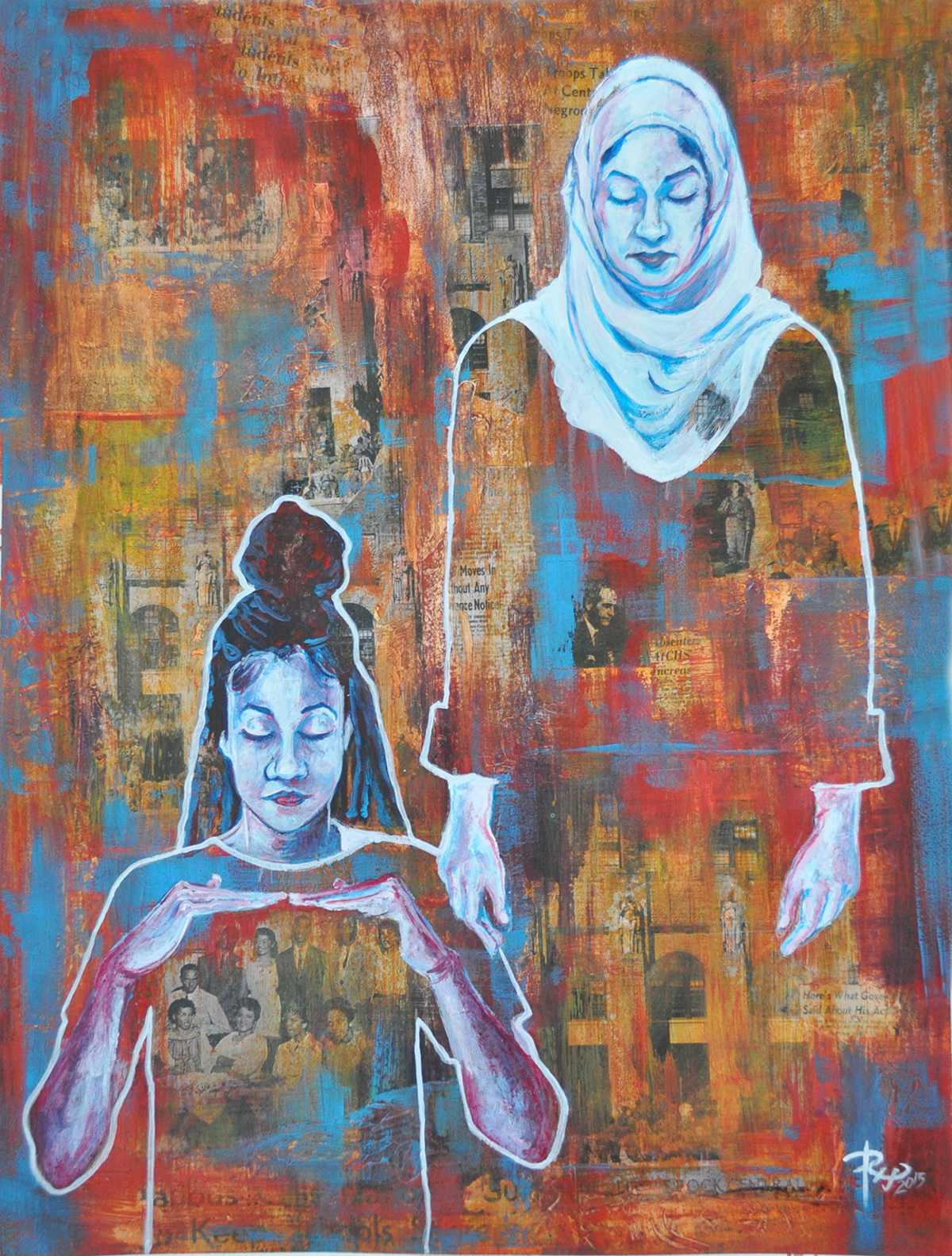 “Art is a good investment. You can enjoy it while building generational wealth — it provides a twofold experience,” Hearne said. “Art tells stories. Each piece has a story — there’s always a great story behind the work.”

She invites audiences to hear these stories at artist receptions, like this month’s reception Feb. 12 from 5 to 8 p.m., and the Artist Talk Feb. 13 at 1 p.m. — during which the showcase artist, this month it’s Rex DeLoney of Little Rock — discusses each piece on display.

Hearne met DeLoney in 1988; in fact, he was the company’s first employee, a gallery assistant. “He worked for us for six months before moving to Seattle. We’ve kept in touch over the years, and we’ve previously shown his work,” she said. “He’s the chair of the Fine Arts Department at Central High School [in Little Rock], and often brings students here and hosts our visiting artists there at the school.”

The two spoke several years ago about a solo show, an idea Hearne welcomed. “Rex is a colorist. He has a style of colorization that sets him apart and that has become his signature. His work is very popular.”

The solo exhibit comes to fruition this month in “Colored Porches: Views From Within A Cultural Icon,” which will include 15 or so pieces that explore the role the porch played in the lives of Southerners.

“I noticed, over the years, a lot of my family photos — and photographs of other families — were taken on front porches,” DeLoney said.

Intrigued, he began to collect photographs, old and new. “[Gathering on the porch] is definitely a Southern thing. I think of my grandparents, for instance. They had a screened-in porch, and when my aunt came home from Brooklyn, she often talked about how everyone sat on their porches and waved as you drove by,” he said. “You don’t see that anymore. There’ve been so many societal and structural changes, porches aren’t as prominent anymore. But they weren’t just entryways to the home, they were the settings for conversations, deep conversations about what was happening in our society and in our culture. We greeted one another there. We ate there. We talked about church there. We talked to one another there. We talked about one another there,” he said, laughing. “A lot of things were started and finished on porches.” 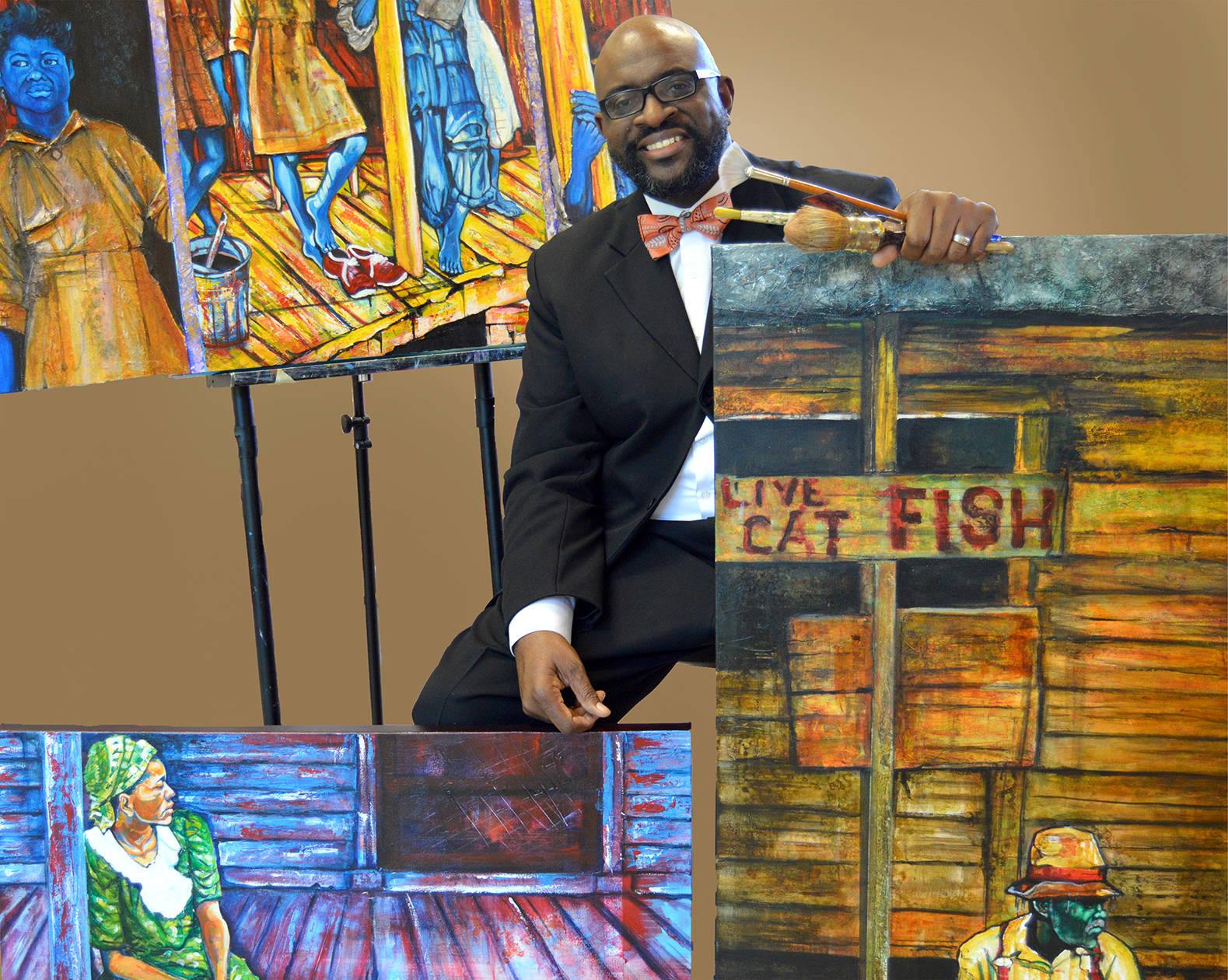 “One piece shows Pres. Obama talking to Rev. Dr. Martin Luther King Jr. It’s a piece that includes these two historical icons in a mythical setting. Others deal with contemporary issues. Henry Jones was a student in one of the first classes I taught at Jacksonville High School. He always said, ‘Mr. DeLoney, I want to be your son. We can open a store and sell DeLoney sandwiches.’ He wasn’t the best student, but he always tried and I took a liking to him. He passed away not long ago. He was a young man, in his early 20s, and when I saw his obituary, I realized he’d fallen into unfortunate circumstances. I wondered, what happened to Lil’ Henry? That’s the name of the piece ‘What Happened To Lil’ Henry?” It’s based on a photograph I took of him when he was in the eighth grade, and it’s tied to other young men — Emmett Till, Trayvon Martin and Tamir Rice — whose lives have been lost. Whether they were right or wrong, they’re gone.”

“Papa’s Pot Liquor,” one of the works included in “Colored Porches,” is a tribute to DeLoney’s maternal grandfather. He died in 1968 or 1969, Deloney said, when the artist was just a youngster, so he has only a few memories of his grandfather. “They lived in the Stuttgart-Altheimer area. He was a big man, and on his way to work he’d always ask my grandmother: ‘Etta, fix me a jar of pot liquor.’”

Pot liquor is the water left over from cooking collard, turnip or mustard greens, or kale. It contains nutrients from the boiled vegetable and was considered, by many, an elixir.

DeLoney also used Central High and his students as inspiration, basing one of “Colored Porches’” mixed-media pieces on them and on the four principles represented on the muse statues above the school’s entry: ambition, opportunity, personality and preparation.

DeLoney’s work is characterized by the vivid use of color; it is the vehicle he utilizes to convey emotion. “When I moved to the Northwest, people often asked me why I paint African-American people. I could paint others [and other subject matter], but I paint what I know and love. I paint the history of my father and the labels he was assigned: black, Negro, colored, Afro American and African-American.” Culturally, he said, America has used the term colored to refer to African-Americans. “I’ve chosen to parlay that into art and make a powerful statement.”

“Colored Porches: Views From Within A Cultural Icon” will be on display through March 5. The artist reception on Feb. 12 will include live music and complimentary wine and refreshments. Hearne Fine Art is located at 1001 Wright Ave. in Little Rock and is open from 9 a.m. to 5 p.m., Monday through Friday; from 10 a.m. to 6 p.m., Saturdays; and by appointment on Sundays. Log on to hearnefineart.com or call 501.372.6822 for more information. 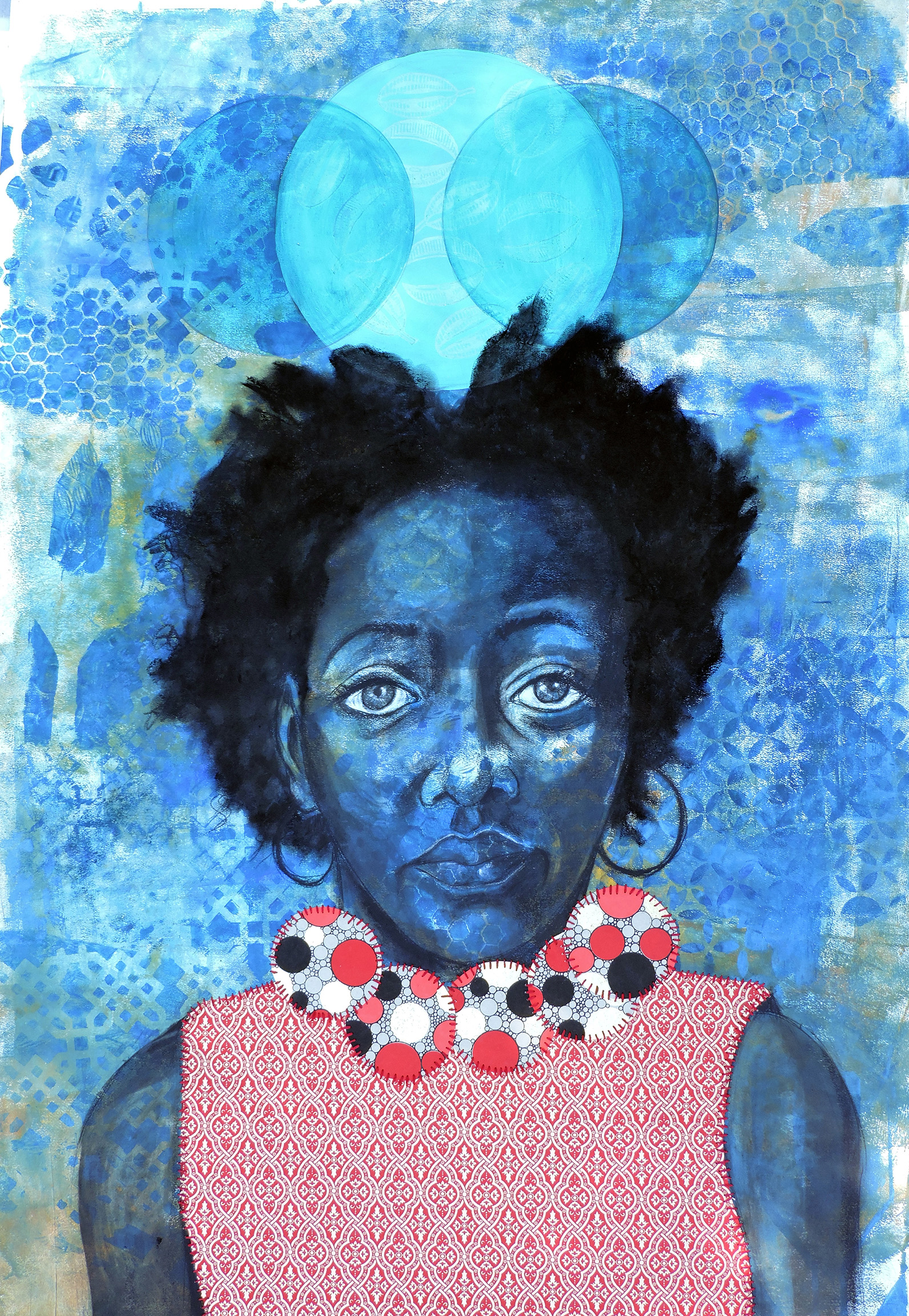 Upholding the Tradition of Storytelling

This month, the Mosaic Templars Cultural Center (MTCC) will host an exhibit of artwork by Texas native Delita Martin. The show is titled “I Walked On Water To My Homeland,” and Martin said it will feature work about identity and reconstructing one’s identity. 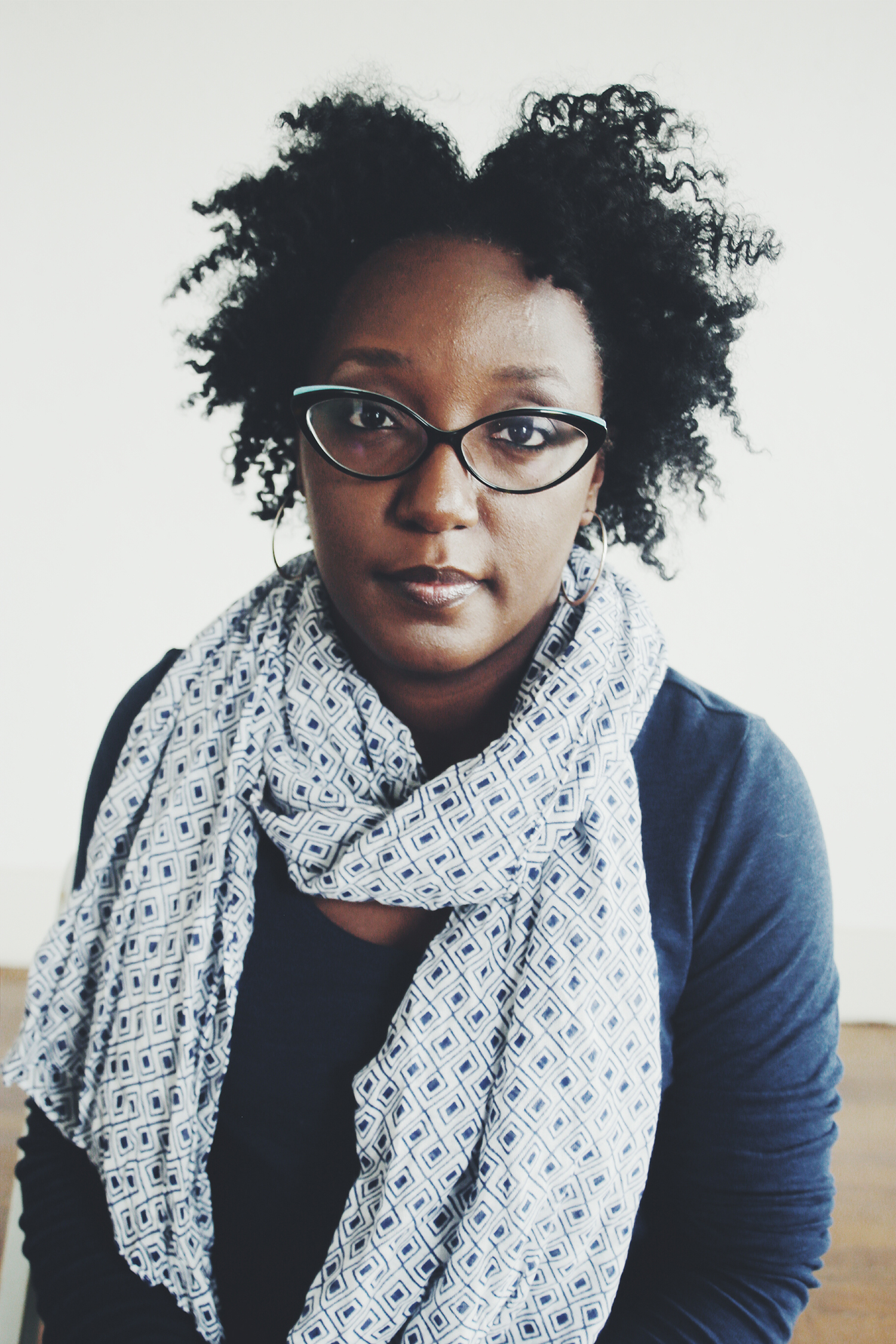 “The pieces are about my discovery of who I am as a person, an artist and a woman and how all the components come together to make me who I am,” she said. “The title refers to my journey, working through the emotional and subconscious states of my life and looking at how that influences who I am as an African-American woman.”

“I Walked” features 15 to 20 pieces of mixed media — utilizing printmaking, drawing and painting — to create portraits and full-body works that are 3-to-7 feet in size, honoring the women who raised and influenced Martin, women who lived in the community in which she was reared and those who lived in communities in which she has lived as an adult.

“They are wonderful and amazing women who’ve made contributions to who I am today,” Martin said. “I started drawing when I was 5. My father was an artist, and I grew up surrounded by quilt makers, storytellers, furniture makers and woodworkers … all sorts of artists. I wanted to go to art school, but as an adult I realized that I grew up in art school, taught by people who created art in various mediums.”

She got her start by copying her father’s drawings and other works she encountered. At 12, she met famed muralist Dr. John T. Biggers, founder of the art department at Texas Southern University, who also provided her first art critique. “He looked at my work and gave me advice about what it is to be an artist. He told me to never miss an opportunity to uplift my people through my work,” Martin said.

This advice was especially poignant for her as she grew up in a community that lacked ethnic diversity. “[For instance, as a student,] I drew women in colorful head scarves. I was told I used too many bright colors, too many patterns. So I felt ashamed of what I had drawn. Dr. Biggers looked at my drawing of my grandmother in a colorful scarf, and he saw it as a crown. He gave me permission to be the artist I am today.”

Martin has not always worked full time as an artist, even though she has always created art and had her first show when she was only in the 10th grade. She took the plunge into full-time artistry several years ago while teaching as an adjunct professor at the University of Arkansas at Little Rock. Her husband, Cedric, encouraged her to go into the studio, telling her to take a chance. “He said one of two things would happen. ‘You’ll either have a great story to tell our children and our grandchildren, or you’ll do well.’ That first year was hard, but it was the best decision I’ve ever made.

Martin hopes that viewers of her work “have a conversation” with them. “My goal is to show people something or someone they recognize, to start a conversation. Each of my works is about storytelling. It’s important to carry on our heritage. My grandparents and [those in that generation recognized] the importance of this,” she said. “When you view my work, we are having a conversation. You also share your story with me.”

Martin’s work is an example of the MTCC’s dedication “to telling the story of the African American experience in Arkansas.”

“Delita’s work puts African-American women — who for so long have been marginalized — in the forefront. She has woven these amazing stories into her work. African-American women are an important part of history that has been absent. Her work brings those missing pieces forward,” said Quantia Fletcher, assistant director of MTCC. “We fill the gaps, fill in the mosaic of Arkansas’ history with African-American history.”

Fletcher became an admirer of Martin’s work several years ago, when an acquaintance shared with her images of the artist’s mixed-media pieces.

“Her work is so intricate. She uses everyday items in her work and adds colors and textures. I visited her studio when it was in North Little Rock, and I was so impressed not only with her work but how she helped in the community with the projects, such as mentoring young people.”

The process of printmaking also fascinated Fletcher. “Watching Delita, I saw her passion and continual growth. This exhibit is a treat for us.”

She and Lee feel “I Walked” will be popular with MTCC’s constituency. Lee said, “We truly appreciate our audience, which is mostly African-American; however, we want others to know they can come to and enjoy MTCC as well.”

“I Walked On Water To My Homeland” opens Feb. 12 with an artist reception at 6 p.m. and live music by Acoustix with Rod P featuring Bijoux.

MTCC, a museum of the Department of Arkansas Heritage, is a 35,000-square-foot facility located at West Ninth and Broadway streets in Little Rock, the site of the headquarters of the African-American fraternal organization, Mosaic Templars of America, for which it is named. It’s open from 9 a.m. to 5 p.m., Tuesday through Saturday. For more information about this exhibit and the MTCC, log on to mosaictemplarscenter.com or call 501.683.3593.