The 24th annual Hot Springs Documentary Film Festival will be in full swing in downtown Hot Springs Oct. 9 through 18. This year is once again packed full of award-winning films, panels, parties, concerts and more. Here’s what you need to know to plan your film-watching week.

On Oct. 9, the critically acclaimed documentary “The Primary Instinct,” will be featured, and Saturday night, Lou Brock, former St. Louis Cardinal and Baseball Hall-of-Famer will attend the world premiere of “The First Boys of Spring.” These two big events will set the tone for an amazing lineup of films, celebrity appearances, music events and more, all taking place within the walkable, historic downtown district of Hot Springs, Arkansas. 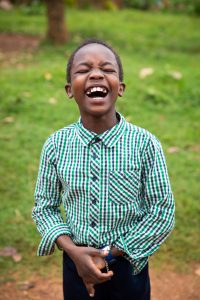 This laid-back, low-key festival offers something for everyone. “This is a festival that sees constant growth each year with more attendees,” Courtney Pledger, festival executive director and programmer, said. “It’s a unique festival. There are very few festivals of this size that are all pedestrian. Here, you are set in the historic downtown area of Hot Springs, and everything takes place right there within walking distance. There are screenings in the historic Arlington Hotel, the filmmaker lounge is in the hotel lobby; all party venues are up and down that historic alley, and now we’ve been joined by the nearby Hot Springs Convention Center.”

As the festival has grown, Pledger said she has seen community involvement increase along with it. “The community partners are really stepping up this year, and it’s very exciting. We’ve got so many more sponsors this year, including Deltic Timber Corp., the 2015 exclusive presenting sponsor; Hot Springs Village; and AY Magazine to name a few. We are very excited to have the community involved in the festival and hope to see that involvement continue to grow.”

Regional support also appeared this year in the form of a grant awarded by Mid-America Arts Alliance for “True Storytellers from Mid-America,” a film series featuring the perspectives of filmmakers from the six mid-America states of Arkansas, Texas, Missouri, Kansas, Oklahoma and Nebraska.

The Arkansas Humanities Council has made possible a sidebar called “Being Human: The Humanities in Non-Fiction Film.” It focuses on things that are philosophical and will showcase a wide range of films.

National organizations are tipping their hat to the HSDFF as well. In November 2014, HSDFF was awarded a grant by the Academy of Motion Picture Arts and Sciences — the organization known for its annual Academy Awards, the Oscars — to fund the documentary sidebar program titled “Women Behind the Lens: Black and Latina Filmmakers” as part of the 2015 festival. The HSDFF remains an Academy-qualifying festival in the category of Documentary Short Subject. Recipients of the festival’s Spa City Best Documentary Short Award automatically qualify for consideration in the academy’s Documentary Short Subject category. Grants and sponsorships like these will allow the HSDFF to really blossom in its 24th year. As you plan your week, here are a few programs not-to-be-missed.

Actor Stephen Tobolowsky of “The Primary Instinct” will be in attendance for part of the opening weekend Double Whammy. “Stephen is one of those actors that you’ve seen so many times in iconic roles. He’s appeared in more than 200 films and TV shows; he has a very diverse filmography,” Pledger said. In “The Primary Instinct,” Tobolowsky plays himself and uses the art of storytelling to take the audience through a riveting and moving journey about life, love and Hollywood. Along the way, he attempts to answer the question: Why do we tell stories in the first place? Celebrate opening night at a Popcorn and Champagne toast at the Arlington Hotel lobby before the film, then return there after the film for more opening night festivities. 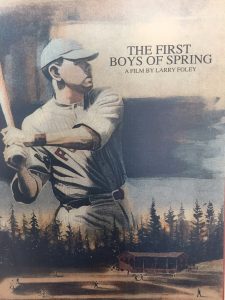 “The First Boys of Spring”

The second part of the Double Whammy opening weekend is “The First Boys of Spring” world premiere on Saturday night. This film, directed by Arkansan Larry Foley and narrated by Billy Bob Thornton, is about the significant role Hot Springs played in the history of baseball. For 50 years, the heroes of America’s national pastime trained on Spa City baseball diamonds and relaxed in its thermal baths during the off-season.  In 1886, The Chicago White Stockings were the first to make the journey to Hot Springs for training and other teams soon followed, including the Boston Red Sox, Pittsburg Pirates and Brooklyn Dodgers. Foley and Lou Brock will attend this screening.

“Made in Japan”: Closing Night Film and Party

“Made in Japan” is the remarkable story of Tomi Fujiyama, the first female Japanese country music star. Fujiyama has performed throughout Asia, headlined in Las Vegas, and recorded seven albums for Columbia records.  In 1964, she performed at The Grand Ole Opry following Johnny Cash and received the only standing ovation of the night. Forty years after her career-defining performance, Fujiyama and her husband set out on a journey through Japan and across the United States to fulfill a dream of performing at The Opry one more time. “Made in Japan” is a funny, yet poignant, multi-cultural journey through music, marriage and the dreams of one woman.

“Fujiyama is in her 70s and still rolling big time,” Pledger said. “Anybody who is a real aficionado of country music would know her.”

Fujiyama and director Josh Bishop will attend the screening, and Fujiyama will perform at a special closing night party sponsored by AY Magazine and Arkansas Money and Politics at Central Park Fusion. 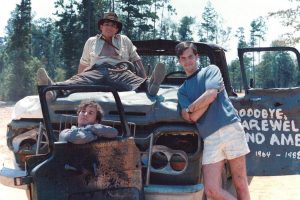 “Raiders!: The Story of the Greatest Fan Film Ever Made”

In 1982, three 11-year-old boys in Mississippi remade their favorite film, “Raiders of the Lost Ark,” scene by scene. The project took them seven grueling summers and tested their determination, strained their friendships and nearly burned down one of the boys’ home. The trio completed everything except the final airplane explosion scene. This year —33 years later — the friends raised money and reunited to finally finish their childhood dream with the help of some powerful Hollywood figures who became interested in the project.

“Raiders!: The Story of the Greatest Fan Film Ever Made,” directed by Jeremy Coon and Tim Skousen, explores the creation of this film and the trials of pulling together that final scene to complete a lifelong dream. This documentary, along with the original film created by the boys, will be shown. 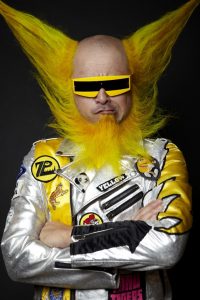 “Women Behind the Lens: Black and Latina Filmmakers,” a program with special support from the Academy of Motion Picture Arts and Sciences, features minority women filmmakers. A highlight from this series includes the film “Can you Dig This,” directed by Delila Vallot, that explores the urban gardening movement in South Central Los Angeles. Follow the inspirational journeys of five ex-convicts who are gardening for a better life.

The “True Storytellers from Mid-America” series, in partnership with the Mid-America Arts Alliance, will showcase “Sailing A Sinking Sea,” a film by Little Rock native Olivia Wyatt. It is a beautiful, visual experience that examines the Moken people of Burma and Thailand. The Moken are one of the smallest ethnic minority groups in Asia, and, as a seafaring community, typically spend eight months out of the year in thatch-roofed wooden boats.

“Being Human: The Humanities in Non-Fiction Film” is a film series made possible by the Arkansas Humanities Council; it features many philosophical films, including “In Utero.” Produced by Stephen Gyllenhaal, father of Jake and Maggie Gyllenhaal, this film explores the idea that how the time we spend in utero actually affects the rest of our lives and offers convincing data that explains why some of us face challenges from the start while others thrive.

Also in this series, look for “The Great Alone,” which was shot in beautiful, arctic Alaska and captures the inspiring comeback story of champion dogsled racer and three-time Iditarod champion, Lance Mackey. Follow his story from childhood to a battle with cancer that nearly ended it all. This story pulls viewers along every mile of Mackey’s journey to become one of the greatest dogsled racers of all time. Mackey and his champion sled dog Amp will attend the screening.

“The Best Years” is a special series of films sponsored by the American Association of Retired People (AARP) about the lives of people who “understand that life really does begin at 50.” Look for the film “Very Semi-Serious,” which takes a behind-the-scenes look at The New Yorker and the legends responsible for the iconic cartoons that inspired Americans for decades. 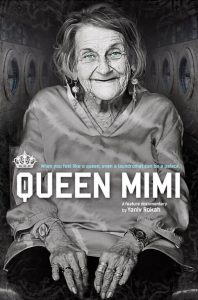 The “Outsider & Underground Documentary Series” will show films such as music documentaries in the Hot Springs music and art production nonprofit Low Key Arts’ eclectic, edgy style. Included is “Beaver Trilogy Part IV,” a film about the chance meeting of two men — one from Beaver, Utah — in a parking lot in 1979, which became the inspiration of the cult film “Beaver Trilogy.”

“Spa City Sports Series,” in partnership with 103.7 The Buzz, and working closely with ESPN this year, will show ESPN’s “The Prince of Pennsylvania.” It’s the documentary version of the film “Foxcatcher” about John du Pont — the American philanthropist and heir to the Du Pont Co. family fortune — and the strange circumstances leading to the death of Olympic gold medal-winning wrestler Dave Schultz.

No matter your preferred film genre, there is sure to be something to pique your interest at the HSDFF. Drop in and catch a film — it’s just $7.50 for general admission — or check out the variety of pass options to gain access to priority seating at films, parties and the filmmakers’ lounge with complimentary food and drinks sponsored by Ben E. Keith Company.

The HSDFF was named by MovieMaker Magazine as one of the “Top 50 Film Festivals Worth the Entry Fee,” with good reason. Each of the HSDFF events has a lively atmosphere, accessible locations and award-winning documentary films.

For more information on the HSDFF and ticket prices, log on to hsdfi.org.

Note: Film briefs and information include material from the films’ websites and official synopses.

Made in Arkansas: A Bridge in Cultures with Kato Art
June 18, 2021
Go to Top
Never Miss An Issue!