Talk to Stephanie Abernathy about her childhood, and it’s difficult to reconcile the tone of hope in her voice with the ugliness of her experiences.

[pullquote]Photo above: Stephanie Abernathy, who is being honored for her volunteer work at the Benton County Children’s Advocacy Centers and First Lady Susan Hutchinson, the 2015 Woman of Inspiration.[/pullquote] [dropcap]Abernathy[/dropcap] was just a girl when her grandfather — a pastor, former high school principal and a pillar of their Georgia community — began to abuse her sexually. She tried to tell her parents, but nothing ever came of it, she said. At the time, Abernathy thought she was alone — her grandfather’s only victim — so eventually she stopped talking about it.

This is, unfortunately, a common story, one that too often continues into an adulthood filled with emotional problems, addictions, troubled relationships and a continuation of the cycle of abuse. Those who do get help and work through the effects of the abuse certainly could be forgiven for wanting to shut the door on the past and move on.

That is not the path Abernathy has chosen. Now 25, married and working in Bentonville, Ark., as an apprentice interior designer, Abernathy has recovered, but she believes she has an obligation to help others become victors as well. As a volunteer with the Children’s Advocacy Center, or CAC, of Benton County, Abernathy shares her experiences with children who are counseled at the center. She also tells her story publicly to help raise awareness about the effects of childhood sexual abuse and the possibilities for recovery.

Next month, on Oct. 23 at the Little Rock Marriott, Abernathy will be honored for her volunteer work at the Benton County center during the inaugural 2015 Arkansas Woman of Inspiration event, benefiting Children’s Advocacy Centers of Arkansas member centers. CACs provide “safe, child-friendly environments where law enforcement, child protective services, prosecution, victim advocacy and medical and mental health professionals share information and develop effective, coordinated strategies sensitive to the needs of each unique case and child” to help children heal from abuse and to hold offenders accountable.

Abernathy’s story, as it turns out, is not about her alone. It includes four victims of abuse and four paths that led to drastically different destinations.

When Abernathy was 17, her mother, at age 45, succumbed to a lifelong battle with depression and alcoholism. In the wake of her mother’s death, Abernathy grew closer to her father’s family and, eventually, told her aunt about the abuse. By then she was an adult and wasn’t interested in prosecuting him. Her aunt suggested counseling, and Abernathy agreed. That, she thought, would be the end of it.

However, a year later, Abernathy’s little sister — then 15 and already experimenting with reckless and dangerous behavior — moved in with that same aunt. Eventually she confided that their grandfather had sexually abused her, too.

“I was completely devastated,” Abernathy said. “I thought I had been able to prevent that.”

Abernathy, her sister and other family members decided to confront their grandfather and ask him to get help. He resigned his church position and began counseling, but because of mandated reporting laws in Georgia, the counselor had to tell police about the abuse. The police, in turn, interviewed Abernathy and her sister.

“That, for me, was really scary,” Abernathy said. “I was in the middle of college. It was not something I wanted to deal with. [I had to reveal] things I’d never told anyone else in my life. It was very scary, very intimidating.”

Although she was the victim in the case, Abernathy said, the experience of being questioned by police was “a re-traumatizing event.”

In the course of the trial, Abernathy’s long-held suspicions were confirmed: Her grandfather had also sexually abused her mother. She also found out he had been sexually abused as a child.

Her grandfather, she said, never told anyone about the abuse he suffered as a child, and she wonders if he would have become an abuser himself if he had gotten help. Abernathy’s mother kept silent, and her persistent depression, alcoholism and early death was the result, Abernathy believes.

This point in the story is where the hope begins to show itself in Abernathy’s voice. 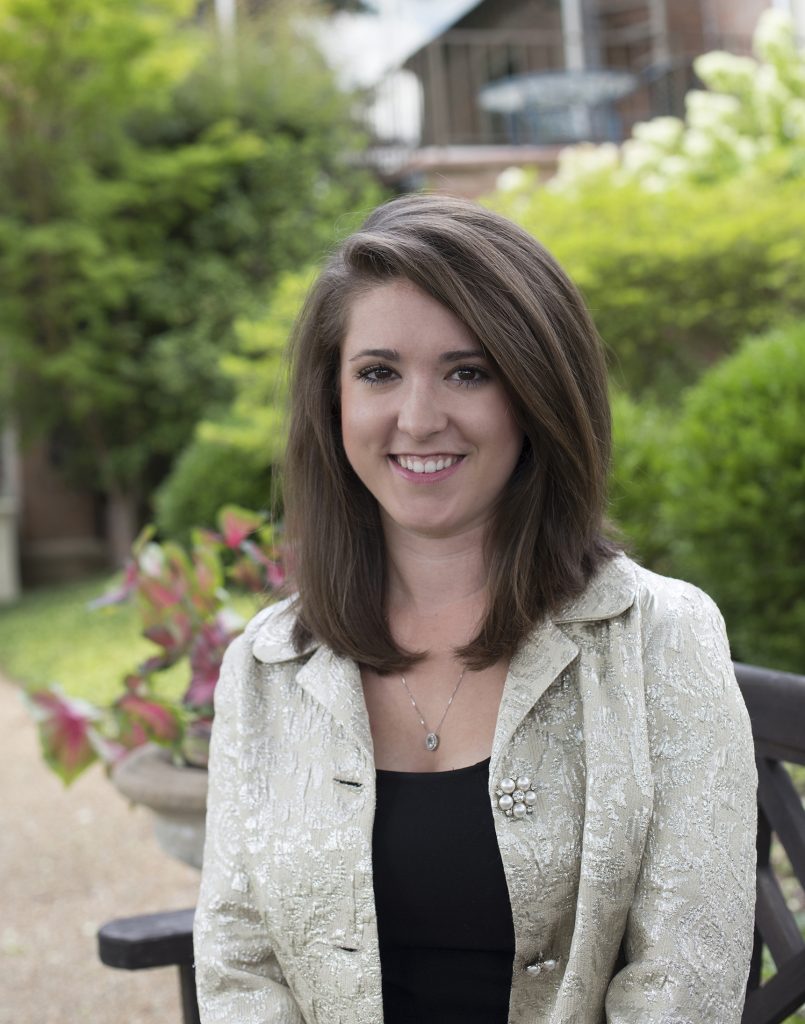 Abernathy set aside the societal stigma of sexual abuse and now speaks openly about what happened to her. “My mom held this in her whole life, and it ultimately led her to her death,” Abernathy said. “If there’s a lady out there … and she’s been keeping this in and suffering … if me sharing my story is going to help one person come forward, get help and change her life … that’s why I’m doing it.”

There are CACs around the country, including 14 in Arkansas. The centers employ nurses, counselors, and forensic interviewers who are specially trained to work with children who have been abused. They are not members of a law enforcement agency, but the interviews and medical exams they conduct can be used by law enforcement and prosecutors — an arrangement that can spare children having to tell the details of their abuse over and over again.

Unfortunately, Arkansas’ 14 centers are not enough to meet the needs of the state’s children. The CAC of Arkansas has launched an effort to change that through public awareness and fundraising, including the Woman of Inspiration event, where Abernathy will receive the Blue Ribbon Award. The award recognizes a survivor of abuse who has overcome challenges to help other abuse victims.

“It is so seldom you find a victim who is willing to advocate and speak publicly on behalf of other victims,” said Stacy Thompson, executive director of Children’s Advocacy Centers of Arkansas. “We hope through this effort that we will have others step forward and seek treatment and therapy for their own experiences.”

Arkansas First Lady Susan Hutchinson, who served on the board of the Benton County CAC for several years and now works to raise awareness of the centers’ programs statewide, will be honored as the 2015 Woman of Inspiration at the luncheon.

Hutchinson said she was motivated to get involved because she’s had friends who were abused as children, and she’s seen how much the abuse still affected them as adults.

“Through acquaintances and friends I found out about the Children’s Advocacy Center of Benton County, and I thought it was just a godsend,” she said. “It’s the missing link between the suffering children and the legal system that was set up to help them, but was not really able to connect with children.”

Hutchinson is “an incredible advocate for us,” Thompson said.

The luncheon, which includes a fashion show by Barbara/Jean Ltd., is sold out. Shayla Copas, event chair, said the event is on track to raise about $250,000 — more than double its original goal.

That money will go toward expanding the programs offered at Arkansas’ CACs, Thompson said. Last year, those centers helped a staggering number of children: 4,347. All of the services — which can include years of counseling — are administered free of charge, and while there is some federal and state money available, most of the centers’ budgets come from donations. Each center is an independent nonprofit, but all receive the support of the CAC of Arkansas umbrella organization.

“Our goal is that no child has [to travel] more than an hour to obtain services from an accredited CAC,” she said.

It’s a goal that could make a crucial difference in the life of a child, like Abernathy’s younger sister, who has fared well and is pursuing a master’s degree. “Without the CAC, I don’t know if she would be where she is today,” Abernathy said. “I don’t believe she would.”

For more information about CACs and the Arkansas Woman of Inspiration event, log on to cacarkansas.org.