Photography by Sara Edwards Neal and Courtesy of Badgley Mischka

[dropcap]Organizers[/dropcap] of Little Rock’s annual Bolo Bash benefiting Baptist Health System continue to raise the bar, and this year is no exception. Designers Mark Badgley and James Mischka, guests of honor for the 27th Bolo Bash, have set hearts a-flutter across the Natural State as anticipation builds for the slate of celebratory fundraising events.

The beloved New York City-based design duo makes their first trek to Arkansas at the prettiest time of year for several April appearances. Dillard’s, the presenting sponsor, will host an afternoon trunk show of Badgley Mischka’s spring line on April 19 and that evening they’ll attend a reception at the home of Janet and Sam Alley. The following day, Badgley and Mischka are guests of honor at the Bolo Bash Luncheon. Chef Len Thompson will prepare the meal, and emcee Lisa Fischer will introduce a runway show that promises to be spectacular.

From its beginnings in 1989 as a Western-themed dinner and silent auction hosted by friends of Baptist Health, Bolo Bash has evolved to include golf and tennis tournaments for a combined fundraising total to date of nearly $12 million. 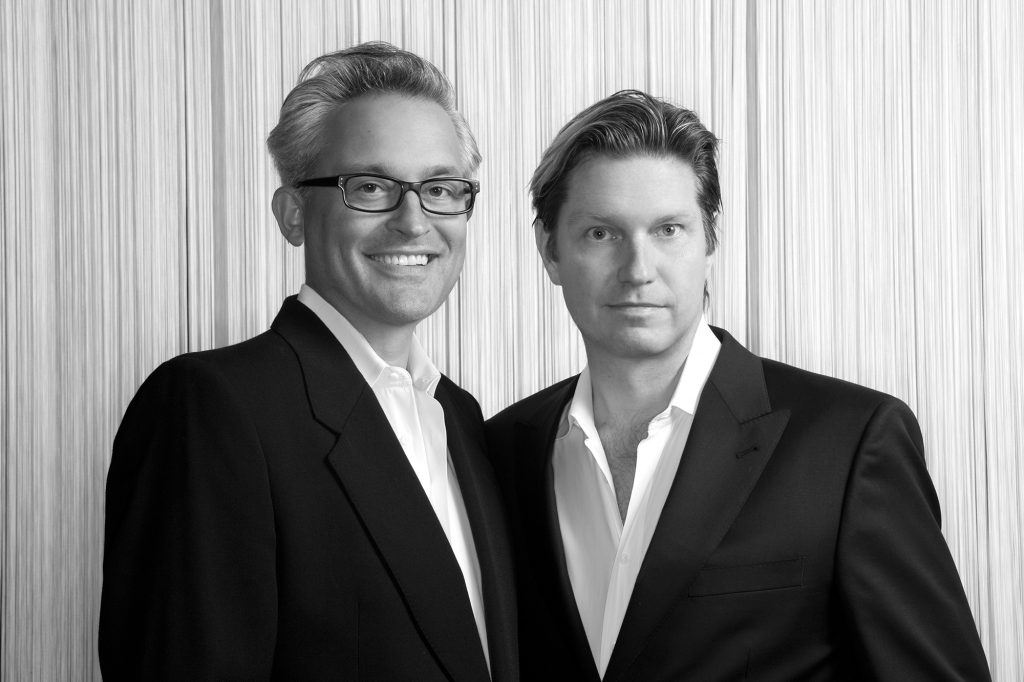 “We have scholarships for entering students and continuing students,” she said, noting that the foundation scholarships also serve as recruitment tools. Baptist Health College, established in Little Rock in 1921, offers nine programs of study, from one-year certificate programs and a two-year associate degree to a number of baccalaureate degree programs in affiliation with partnering colleges and universities.

Pile said, “In the past few years, the [Baptist Health] Foundation has stepped up to help our registered nursing leaders, our bedside RNs. The financial support is there for them to continue to pursue advanced degrees and specialty certifications.”

Maryanne Stansbury is one of those Baptist Health College scholarship recipients. This Pittsburgh native is a former cardiovascular perfusionist, who taught high school biology, anatomy and physiology for several years after moving to Arkansas. She was working for the state of Arkansas when a medical incident at a state park redirected her. The emotional experience caused her to pursue nursing.

“This is, by far, one of the hardest things I’ve ever done,” the 40-something nursing student said. “Cardiovascular perfusion’s scope is very narrow. Nursing is broad scope. There’s a tremendous amount of information to take in and a tremendous amount of work. You deal with everything from the psychological issues to the delivery room.”

She is one of a class of 160 students, and she said she is thankful to have received a scholarship. “It was such an honor, and a big sigh of relief, because although I’ll have some debt when I graduate, it’s not nearly as much as it could have been. It was another [confirmation] that I’d made the right decision,” she said, referring to little things that happened, signals that urged her to pursue nursing. “I was faced with the need to get a part-time job, but receiving the scholarship has allowed me to focus solely on school. It’s been a tremendous relief.”

However, her years teaching are not without reward. “Several of the high schools students I taught have become nurses. In fact, one of them was my instructor during my labor and delivery rotation. She thanked me. So apparently, something I said or did along the way that lit a fire in her. Another one of my former students is a fellow classmate. It was a bit humbling, but beautiful as well.”

Stansbury feels nursing offers many options, such as opportunities for upward mobility, and while the Baptist Health nursing program is rigorous, it’s a great opportunity. “If you’re a lifelong learner or love challenges, this is a good career for you. It’s about so much more than lifting patients. The role of nurses has grown incredibly. Showing people you care is a big part of the compassion of nursing [and that’s well respected]. I think the value that nurses bring has been well recognized, and I believe this and the prestige of nursing will only increase.”

Prospective students can apply directly through the school website, bhclr.edu. Faculty, staff and students volunteer every year in support of Bolo Bash events. “It continues to get bigger every year,” Pile said.

Reached at their offices in New York,  Badgley and Mischka remarked at the success of Bolo Bash in its support of healthcare institutions. 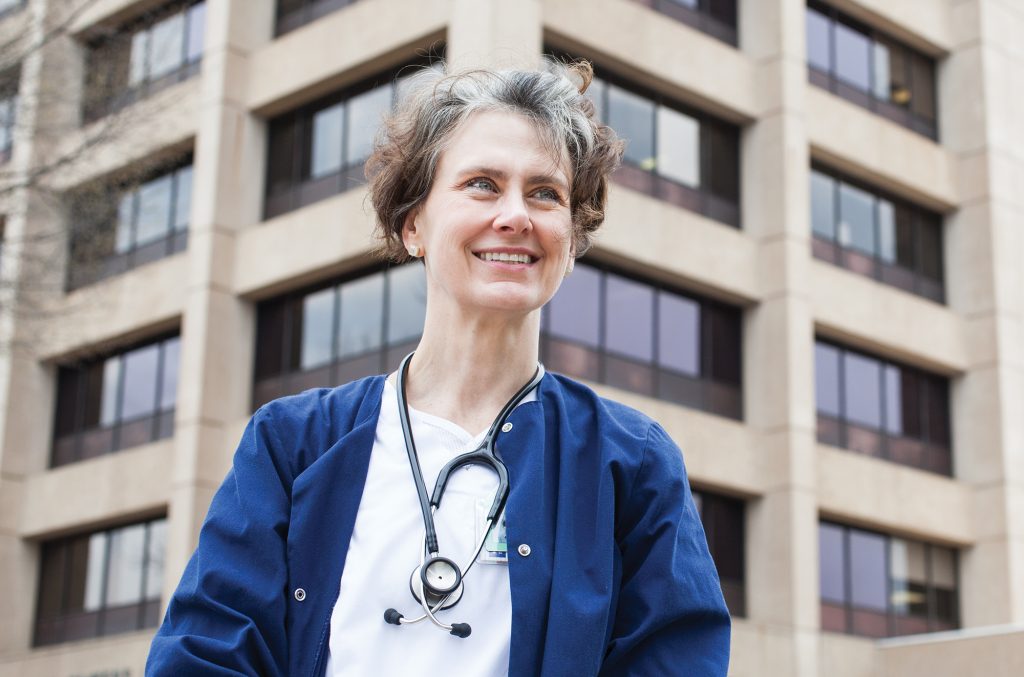 When asked what the phrase “bolo tie” brought to mind, the style icons’ response was immediate. “Two words: Prom night!” Mischka wore a bolo tie to his mid-1980s senior prom. “I was the only one in Princeton, New Jersey, wearing a bolo tie,” he recalled, as his partner chuckled in the background.

Launched in 1988 by the two Parsons School of Design alumni, Badgley Mischka is itself an institution. The name conjures up a stratospheric partnership that has brought beauty to the lives of people around the world and shows no sign of slowing its graceful arc.

“There’s a lot to be said about having a partner,” Badgley mused. “In this industry, behind the scenes and at the end of the day, it’s a lot of hard work. But when James and I are out around town, and we see a woman stepping from a cab or entering a restaurant, and she’s wearing a beautiful design — [that feeling] never gets old. It’s always exciting.”

Badgley’s twin sister, O’Hara, has inspired the designers from the beginning, which is to say, the 1980s: an era of big hair and even bigger shoulder pads.

“When we started,” Mischka explained, “we were rebelling against the power suits, the ‘dress for success.’ We wanted women to feel beautiful and special.” Mark concurred, “We wanted the natural shoulder to get away from that hard look. It was a challenge to get past the strong shoulder silhouette.” Even 1980s mannequins were constructed with linebacker-broad shoulders.

The two persevered, and a new day dawned. Who can forget a certain Academy Awards presentation, when a young Winona Ryder seemed to float along the red carpet wearing Badgley Mischka’s white bias-cut evening gown? Ever since, their designs have graced the “natural” shoulders of the world’s most accomplished women, from Anjelica Huston to Oprah Winfrey and countless others. Little Rock-based stylist Lori James Snyder offered the following summation of Badgley Mischka’s je ne sais quoi: 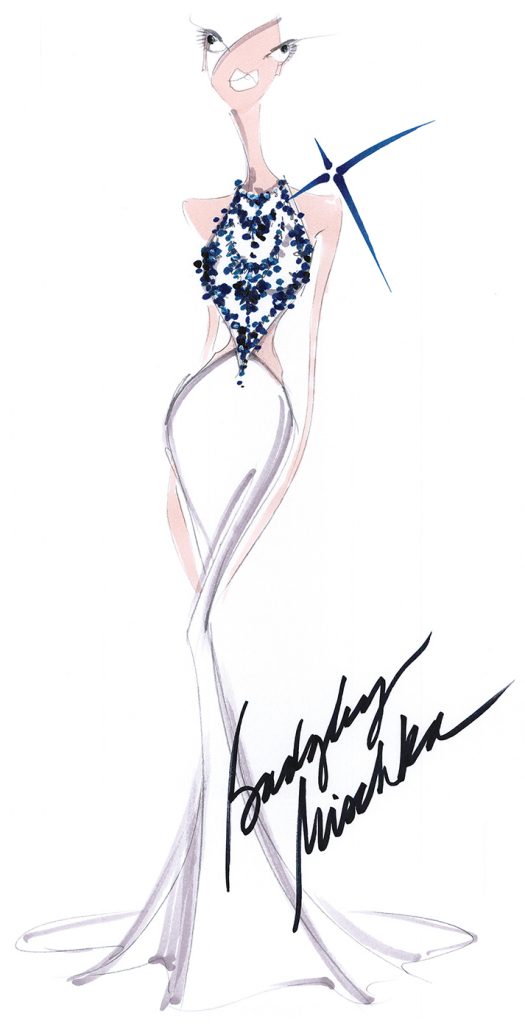 “They consistently make the best-dressed list; their designs are worn by Helen Mirren, Brooke Shields, Jennifer Garner … I could go on! They keep it very classic, not retro, but timeless. Badgley Mischka will never go out of style. Their dresses increase in value.”

With the launch of their Belle Badgley Mischka line, exclusive to Dillard’s in this region, the designers’ devotees have multiplied like spring blossoms. Elegant dresses for day and night; lovely belted coats; idyllic shoes and accessories, these are wardrobe items to treasure, and, unlike haute couture, a bridge line within affordable reach of the savvy shopper. The line is also a very personal expression of their vision: Mischka explained it was named for their little dog, Belle.

“We love the word belle for all that it means,” Badgley added. “It does have a certain Southern charm. These are happy, feel-good, lifestyle-driven clothes, a bit different from a big night in a woman’s life where that one dress is sought. Belle has been inspiring and successful by the nature of the price point, and Dillard’s has been so amazing to work with, it’s been a really fun selection.”

They were impressed at the mention of fellow Parsons alumna and “Project Runway” darling, the young designer Korto Momolu, and were delighted to find she is based in Little Rock. The pair offered some words of encouragement for new designers coming into their own.

Mischka noted, “After 25-plus years, I’ve learned you have to remain true to what you think, even if it may not be in sync with what others are doing. Don’t let anybody sway you — we are the tortoise that wins the race.” Badgley agreed, “One can’t be everything to everybody. Stick to your vision and passion — it will come if you work hard enough.”

In a way, Mischka and Badgley are coming full circle with their arrival in Arkansas like heralds of spring. Many runway seasons ago, about 15 years or more, Badgley Mischka debuted couture evening gowns in pale hues and willowy silhouettes. The gowns featured quartz crystal chips embroidered into the décolleté. Arkansas is well known for its high-quality quartz crystals.

“It was a really beautiful, soft, embellished look, not overly glitzy because of the natural quality of the crystals,” they said, finishing each other’s sentences. “We love quartz crystals — we use them in our jewelry.”

Welcome to the Natural State, Badgley Mischka — long may you run!