If you and your family hail from the South, you’ve probably eaten your share of black-eyed peas and greens on New Year’s Day — to bring good luck and wealth throughout the year. 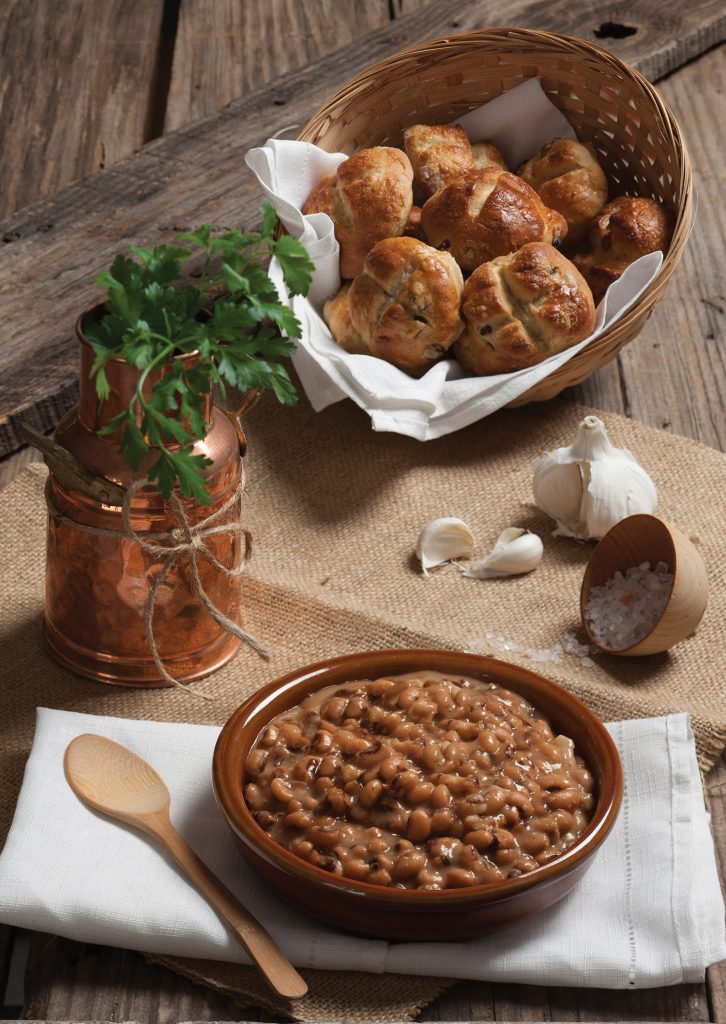 [dropcap]In[/dropcap] the spirit of these superstitions, we thought we’d share a few other long-held, food-based legends and old wives’ tales.

Why do we eat black-eyed peas
and greens on New Year’s Day?

Eating black-eyed peas for good luck is rumored to date back to the Civil War. The tasty legume, as well as purple hull peas, were not considered sophisticated, by some. So when Union troops raided the Confederate food supply, they left behind the peas and salted pork. Confederate soldiers, on the other hand, considered themselves fortunate to have the pork and peas, to survive the winter.

It’s also rumored that this was the only food newly freed slaves had to eat on Jan. 1, 1863, the first day the Emancipation Proclamation went into effect.

Another search found that the Pharaohs ate black-eyed peas, a “meager” food to show humility before their gods. Some show, huh?

Greens — or, in some cases, cabbage specifically — are eaten on New Year’s Day to represent money. The two are cold weather-hardy plants, thus they are plentiful during the fall and winter months. Apparently, cabbage was eaten by Caesar, the Egyptians and even Aristotle to aid with digestion. Greens are more plentiful in the South, so it’s believed they were eaten in lieu of cabbage.

Know of other food-related tales? Do share by emailing our editor Angela Thomas. We’ll pass on the wisdom via social media.