For Kathy Hall, 2016 chair of Runway for the Cure, life is about moving through obstacles gracefully to save lives.

[dropcap]This[/dropcap] month, four dozen breast cancer survivors will strut the fashion runway as part of the 12th Runway for the Cure luncheon.

The ladies aren’t typical models evident by the variety of sizes, shapes and ages. Some are undergoing chemotherapy or radiation treatment, others are in remission.

They will model this season’s fashions, but the hallmark of beauty common among them is their strength and survivorship.

Kathy Hall of Bryant, this year’s Runway chair and a nine-year breast cancer survivor, has modeled twice at the event.

“It was life-changing,” Hall, 47, said of her experience.

At the time of her diagnosis, Hall’s oldest son, Zach, now 26, was about to graduate from high school, and her youngest son, Christian, 11, was just 18 months old.

“I planned my first chemo treatment for May 15 because I didn’t want to be bald in the graduation photos,” she said. “I didn’t want people to look back at those photos and the focus not be on him.” 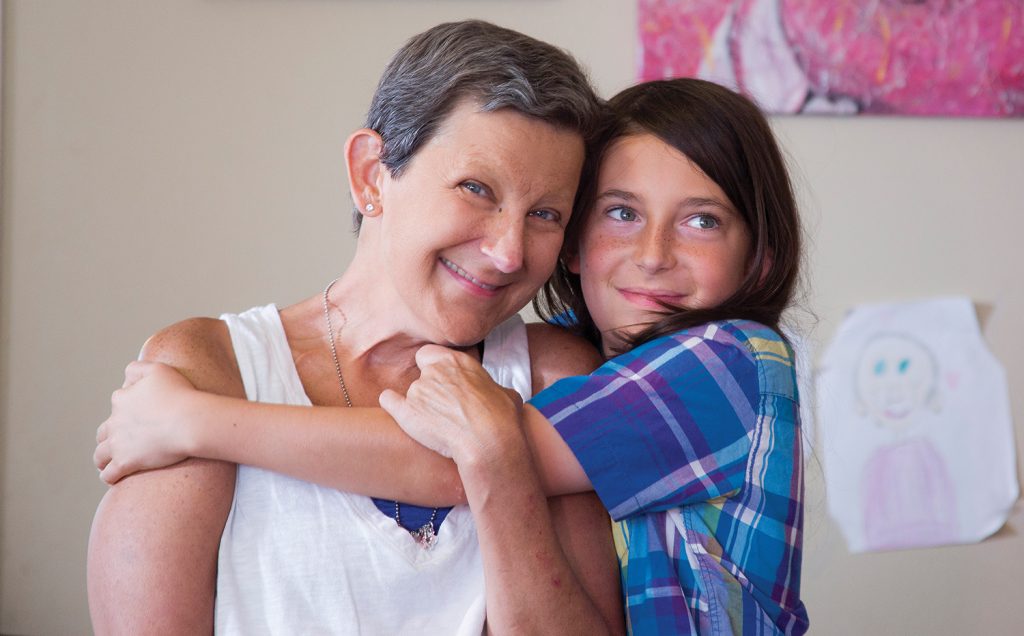 Hall underwent chemotherapy, a double mastectomy and finished her third reconstructive surgery in June 2008. Finally, she was cancer-free. About a year later, however, Hall discovered a pea-size lump, which her surgeon, Dr. Suzanne Klimberg was able to remove in the office.

In March 2009, Hall was diagnosed with metastatic cancer, which occurs when cancer spreads to other organs and tissues. Cancer has affected her liver, groin and pelvic area, bones, spine, and a rib. She developed brain lesions in 2014, which doctors initially treated with Gamma Knife radiosurgery, a non-invasive treatment in which high-dose radiation is precisely focused on a tumor.

Last year, however, she required whole brain radiation to treat the lesions. A pacemaker was implanted because of the stress cancer placed on her heart. Hall continues to take a pill form of chemotherapy.

“I was down and out for six months, sleeping 18 hours a day,” she explained. “The radiation takes it out of you. My daily goal was to walk to my mailbox. I just had to go at my own pace.”

With inspiration and love from her mother, sister and friends, Hall keeps upbeat.

“I don’t think my prognosis would be as good as it is if I didn’t have the support I do,” she said. “I’m very lucky. I’m feeling better, working more and starting to get more energy.”

In spite of many challenges, she has participated in Komen’s Little Rock Race for the Cure and walked in two of Komen’s three-day events in Atlanta and San Francisco as well as volunteered as a crewmember for three other such events.

“There’s nothing so humbling as being in San Francisco and being passed by an 80-year-old survivor going uphill,” Hall said. “I thought to myself, ‘I have to step this up.’”

Still practicing as an attorney, Hall has resumed working part-time from her home, while spearheading the 40-member volunteer committee, organizing Runway for the Cure.

“One of the reasons I’m involved with Runway is because some of the money we raise is used for research,” Hall said. “Having metastatic breast cancer … it’s all about finding a cure.”

This year, an estimated 246,660 new cases of breast cancer will be diagnosed nationally, and 40,450 people will die because of breast cancer, according to the Susan G. Komen Foundation.

“Research takes a long time to go from the lab to bedside,” McBryde said. 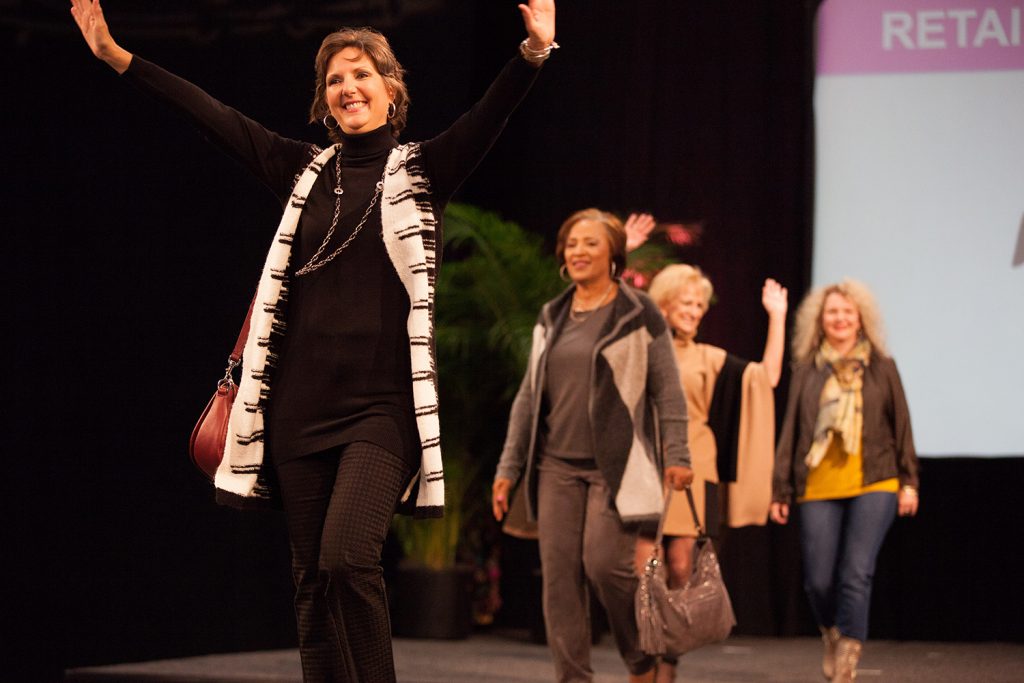 Runway for a Cause, a signature Susan G. Komen Arkansas event founded by AY magazine, will be rebranded this year to Runway for the Cure to align with Race for the Cure. / Photo by Shawna Long

Runway for the Cure

[dropcap]Originally[/dropcap] launched as Runway for a Cause, the highly celebrated style show/luncheon is being rebranded as Runway for the Cure. Vicki Vowell, founder of AY magazine, and a team of dedicated volunteers established Runway and for many years hosted the annual event, which has evolved into a signature Susan G. Komen Arkansas fundraising event.

Windstream is the presenting sponsor of this year’s Runway for the Cure.

The luncheon will feature an entrée of ensalada de cilantro y pollo from Cantina Laredo; swag bags of goodies include treats from sponsors like Aromatique. The style show features fashions from a dozen Central Arkansas retailers and boutiques. This year’s models will present looks in sports and casual wear as well as business, cocktail and semi-formal attire.

“The retailers do a wonderful job of outfitting the models,” said Lindsay Briggs, special events director for Komen Arkansas. “They will outfit them appropriately and make them stylish and beautiful.”

Prior to the Runway for the Cure, the models will be treated to brunch, massages and hair- and make-up styling to prep for the event. “It’s a way to make them feel special and gives them a great start to the day,” Briggs said.

An estimated 800 people attend Runway, which raised $70,000 last year, according to Amy Treadway, director of development for Komen Arkansas. Event organizers hope to surpass that goal this year. Aside from the Race for the Cure, Komen’s signature fundraising event, Runway is the only other fundraiser for the Komen Arkansas affiliate. Of the proceeds, 75 percent stays in Arkansas and is used to provide services to women who need assistance with mammograms, treatment, direct financial assistance for critical needs including transportation, childcare, housing and medical bills. The Arkansas affiliate serves 63 of the state’s 75 counties, and grants are available for all of those counties, Treadway said. The remaining 25 percent of proceeds goes to Komen’s national office for research grants.

Wellness Wednesday: The Impact of Dogs on Mental Health
July 21, 2021