Festivals For The Rest Of Us

Festivals bring us together. Whether we have differences in politics, sports teams or pizza toppings, the polarizing elements of social media and this generation can be remedied with the all-inclusive festivals. And when they are in a small town, a part of utopia opens up.

This month, there are a number of opportunities to garden your well-being happening across the Natural State; each with its own unique footprint on our sociological landscape. Get out there, join in on the fun, and bask in the rays of what togetherness feels like. We may not agree on blue vs. red, or ketchup vs. mustard, but that shouldn’t matter today. 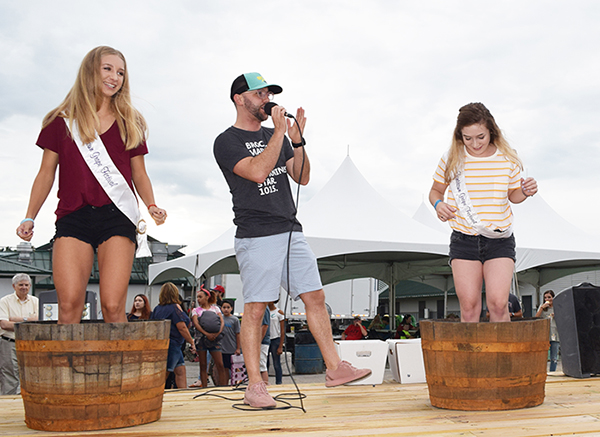 The city of Tontitown was founded in 1898 by Italian Catholic immigrants, and the community has been celebrating ever since. What started as a humble picnic of thanksgiving for the Feast of St. Peter quickly turned into much more, and what is now known as the Tontitown Grape Festival — the longest-running community celebration in the history of Arkansas with recognition from the Library of Congress.

Those early Italian settlers planted some of the first orchards and vineyards in the region, as the soil was ideal for Concord grapes. In the modern world, the grape industry may not be as booming in the town as it was back then, but they celebrate and remember the history of it, all the same.

“After 121 years, we don’t really make a lot of changes,” Alice Walker, the festival’s communications and marketing director, says. “The theme is: ‘It’s about tradition.’”

While the annual festival may have expanded beyond what the attendees of those original gatherings may have foreseen, organizers like Walker and volunteers from St. Joseph Catholic Church work hard to ensure it is something that the founders would be proud of. They still serve the famous spaghetti dinners, which have been a staple of the commemoration since day one.

This year, they expect to serve around 10,000 of the beloved dishes.

“In the kitchen where the Italian spaghetti dinners are made, you will find literally three generations of volunteers — grandmothers, mothers, and their children,” Walker says proudly. “You just don’t find that anywhere else.”

In addition to the dinners, the Grape Festival provides a multitude of entertainment options that include a carnival, live entertainment every night, grape stomp contests, and a Run for the Grapes 5K. As if that was not already enough, they also have a grape-flavored ice cream that is exclusive to the festival.

Each year, there is the crowning of a Queen Concordia, or Grape Festival Queen, a tradition that dates back to 1932. Those eligible for nomination are young women from Tontitown, or with family ties to the city, and the winner is chosen based on who sells the most raffle tickets for the annual “Grand Prize Giveaway.”

The prestigious ceremony always features a special guest to crown the year’s queen, which in past years has included Gov. Orval Faubus and then Gov. Bill Clinton. This year, Allison Wise, an anchor with KHBS’ 40/29 TV, will do the honors.

What’s even sweeter than the ice cream: admission and parking are free! 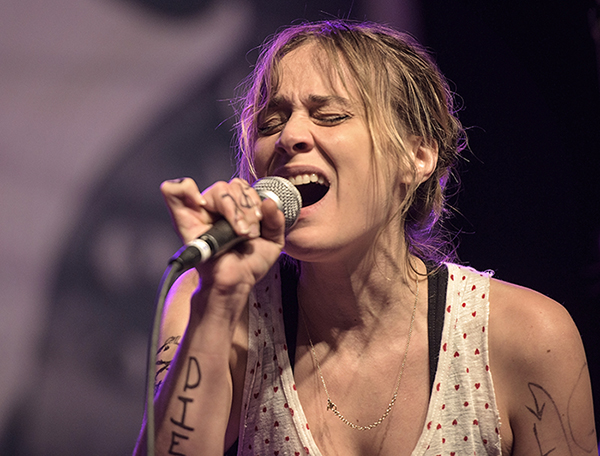 Where: Fayetteville, Arkansas | When: August 21-25

The Roots Festival is a five-day event that has become one of the most popular fests in Arkansas every year. With a packed schedule of musical acts and culinary events sure to wet anyone’s palette and tickle anyone’s ears, there is no question as to why it has accumulated such attraction.

As the name draws allusion to, this festival embraces the cultural elements of Northwest Arkansas — or the “roots” of the region.

The musical acts are all selected with purpose, to showcase the diversity of American musical styles, including folk, blues, country, bluegrass, and jazz. Some of the names headlining the event this year are Mavis Staples, Hiss Golden Messenger, Rhiannon Giddens with Francesco Turrisi, the Milk Carton Kidsand Rising Appalachia.

Plunging even deeper, the culinary roots of the festival feature locally grown produce and locally raised meats from the Ozarks. They are also bringing in renowned chefs from all over the United States to whip up delectable dishes, like Graham Elliot, Georgia Pellegrini and Asha Gomez, just to name a few. 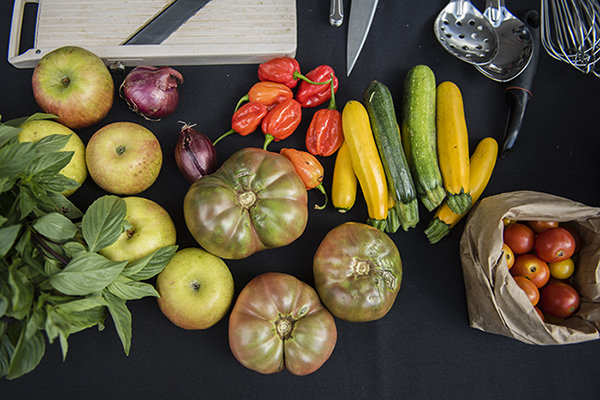 “The Fayetteville Roots Festival invites visitors and artists to engage not only with our festival but the entire community,” Bernice Hembree, co-founder of the festival, says. “Visitors get a first-hand look at why we have such pride in our community and they can directly see why there is interest in Northwest Arkansas.”

Organizers work hard to perfect these visions of community focus and to ensure the events are not overwhelming to uphold the feeling of it being a “best-kept secret,” as they say.

Another area that the Roots Festival takes a heightened approach is its environmental impact. Festivals can be destructive beasts, often leaving filthy aftermaths of paper cups, trash, and other types of waste literally everywhere. Among the most significant of these ways that Roots avert this destruction are with their energy offset via solar technology, the composting of food, paper and plastic waste, the recycling of all non-compostable materials and stainless pints for beverages which have eliminated the use of over 9,000 plastic cups in years past. Even more altruistically, all food leftovers are donated to local hunger relief organizations. 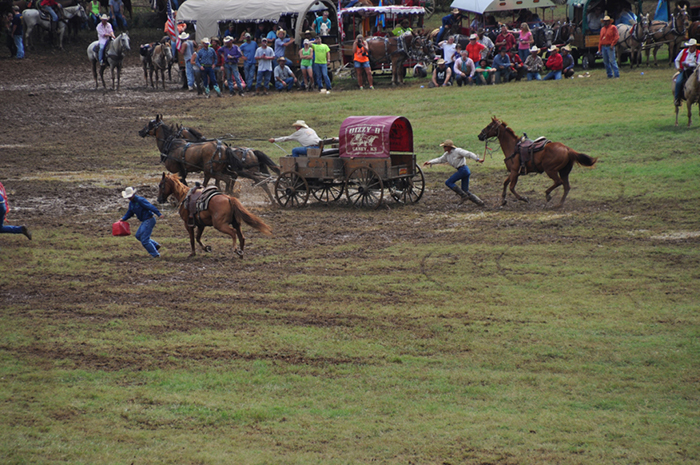 We may not host national championships in basketball, football or baseball, but we’ve got the Chuckwagon Races locked down.

For 34 years now, Clinton has hosted the National Championship Chuckwagon races, drawing in hundreds of contestants and 20,000 visitors per year to the little town of fewer than 3,000 residents.

Chuckwagon racing is an equestrian racing sport in which teams of horses race around a track, while also pulling a chuckwagon. Picture a tense race day at Oaklawn, but the horses are pulling large, wooden-wheeled wagons behind them. And instead of jockeys aerodynamically riding on the horses’ backs, a couple of cowboys are sitting in the wagons, tugging on the reins.

Peggy and Dan Eoff are the masterminds behind the annual event, that was originally just “something to add” to a small Labor Day get together. As they tell it, they and a few friends had a Labor Day weekend party planned (as most do), when Dan decided, out of the blue, that they should host a chuckwagon race.

Eight teams and maybe a couple of hundred people turned out for that first event in 1985. Now, they estimate around 150 teams participate, separated into five divisions, all vying for the coveted title of National Champion in their respective classes. The winners of each division get the title belt (buckle) and over $20,000 in prizes.

No wagon? No problem. Not only are visitors from far and wide encouraged to come and enjoy watching all of the exciting races, but there are also bands performing live music, opportunities to scootin’ boogie at the Friday and Saturday night dances, equestrian trail rides, and even karaoke.

There is also a Western Trade Show, featuring an assortment of products to shop from, like collectibles, crafts, art, saddles and all sorts of other western-related goods.

Arkansas’ own Justin Moore said something about Small Town Throwdowns one time, and this is one like you wouldn’t believe. So, if you have not made it to Clinton on Labor Day weekend before, it is definitely something to add to the bucket list.