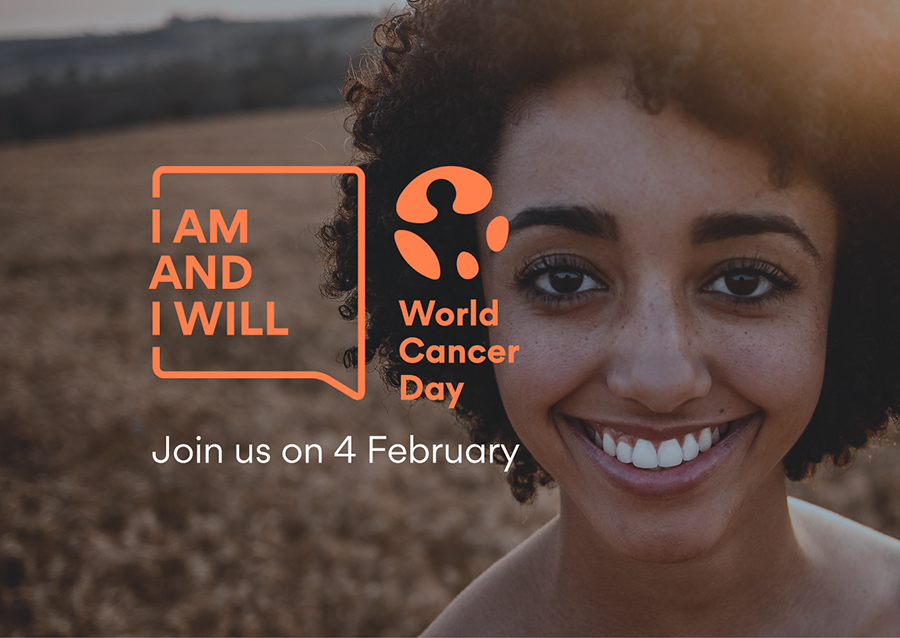 Cancer is terrifying. The word summons up images of loved ones lying in hospital beds or sitting while hooked up to tubes pumping chemotherapy drugs into them. It is a scary word and a scary condition that can cause death.
Despite being so common, cancer is misunderstood, including what it does to the human body. Cancer begins when normal cells begin growing out of control and forming tumors. If left unchecked, the cancers spread to surrounding areas that can negatively impact body function.
There are five major types of five, according to World Cancer Day.org. These include: carcinoma, sarcoma, lympona/myeloma, leukemia, and brain/spinal cord cancers. A carcinoma is a cancer caused by the cells that help protect organs, which invade surrounding tissues and organs. Examples include breast and lung cancer. A sarcoma is a tumor of bone or soft tissue. Lymphoma and myeloma are cancers that impact the immune system. Leukemia impacts bone marrow and white blood cells. Brain and spinal cord cancers impact the central nervous system.
Approximately 9.6 million people die annually from cancer, according to World Cancer Day.org. And that number is on the rise – the number of cancer death is expected to increase to 13 million by 2030.
Despite the grim prognosis, there’s hope to be had with this situation. Early detection can make a major difference between life and death. One-third of cancers can be cured if detected early, World Cancer Day.org reports. Increased research in the future will help doctors detect cancer early and prevent or cure more cases of cancer.
World Cancer Day is designed to raise awareness of cancer and encourage early stage cancer detection and screenings in order to increase the chances of patient survival.
Check out the chart below to see some common cancer signs and symptoms. Read some of our past inspiring and heartfelt stories relating to cancer. 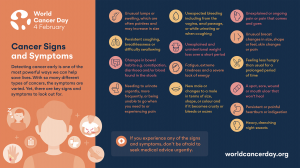