Fighting: A Vietnam Vet and His Battle with PTSD 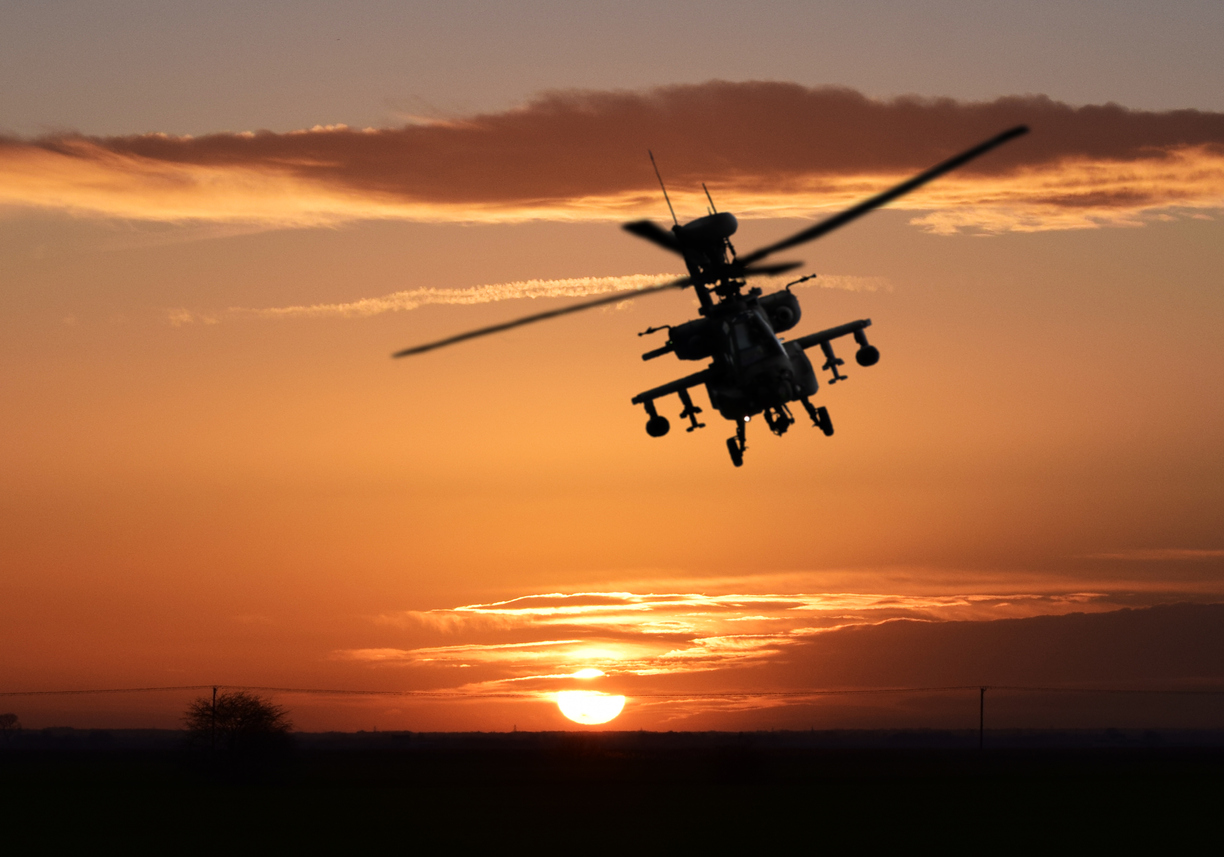 He wore a black baseball cap with the words “Vietnam veteran” embroidered across the top. His hair was mostly gray, and he stood staring out at the crowd.

Large groups of people have made Ken Gheen nervous ever since he served in the military during the 1960s.

“But I do it for her,” Ken says, smiling and gesturing down at his wife, Denise.

Denise sat on a wall that stood about 2 feet tall.

She laughed and says, “We make a lot of compromises.”

The couple arrived at the Fayetteville Square half an hour early to watch the parade that occurred the first night the Lights of the Ozarks were on display.

Denise gestured to a space on the wall beside her and asked Ken if he wanted to sit down.

Ken and Denise sat in the dark because the city hadn’t turned the lights on yet.

As they were talking, a girl with curly black hair and braces walked up to Ken. She was holding a baby. She held the baby in one arm and shook his hand with the other, thanking him for his service.

Ken joined the U.S. Army just after high school, but it wasn’t until two or three years ago that he realized he had been suffering from post-traumatic stress disorder (PTSD) in the more than 40-year gap since his service. That is highly typical of Vietnam veterans who struggle with PTSD, says Justin Hunt, the chief medical officer at Ozark Guidance Center.

“I have seen multiple Vietnam veterans in the past who did not seek care until they went into retirement — it was almost as if they buried their head into their work for 25 years,” Hunt says.

Hunt also thinks the stigma around mental health care has lessened in recent years. People are more likely to seek treatment than they were in the ‘60s and ‘70s.

Symptoms of PTSD can include staying away from places or thoughts that trigger memories, feeling tense, having difficulty sleeping, having angry outbursts or being easily startled or struggling to remember events about the traumatic event, according to the National Institute of Mental Health. Anyone can develop PTSD after experiencing a traumatic event.

“We have to retrain our brain,” Ken explains.

Ken was trained to survive, but now he doesn’t have to be on high alert.

“You don’t always have to look at every single person like they’re carrying a machine gun or a hand grenade,” he says.

About seven or eight out of every 100 people will develop PTSD at some point in their lives, and about 8 million people will experience PTSD within a given year in the U.S, according to the National Center for PTSD. The National Vietnam Veterans Readjustment Study showed that about 15 percent of Vietnam veterans were diagnosed with PTSD when the study was conducted in the late 1980s. Now experts estimate that about 30 percent of Vietnam veterans have had PTSD in their lifetime.

A young Ken Gheen smiles as he’s photographed during his time in the Vietnam War.

One major event that triggered Ken’s initial struggles with PTSD was a mission he led in 1968. Upper-level Army officers instructed Ken to lead a company to find a Vietnamese regimental base camp. Ken tried to convince the officers to abandon the mission. He knew it was dangerous to try to find an extremely well-camouflaged and well-armed camp in an unfamiliar jungle.

“If you bump into a regimental base camp, you’re very close,” he says.

But they wouldn’t listen. Ken led his company of 100 men to find the camp, which proved so well hidden that, as Ken predicted, they stumbled upon the enemy base. None of the soldiers escaped injury; 27 were so badly wounded they had to be evacuated to Army hospitals, and 26 men died.

For decades, Ken was haunted by a recurring dream. In the dream, he ran down a dark path surrounded by gunfire. Eventually, he made it to a clearing where a black helicopter sat. Inside the helicopter, he saw his fellow soldiers who had died in combat.

“There is nobody who I worked closely with in combat who is still alive,” Ken says.

“I internalized this as these guys saying you ought to be dead with us,” he says.

After the war, Ken had a group of military buddies he met with any time they were in town. Eventually, the group dwindled to Ken and an Army sergeant. Ken noticed that his friend started behaving oddly. Ken couldn’t pinpoint it, but looking back, he thinks the sergeant had severe PTSD.

Ken found out later that the sergeant killed himself.

The death caused Ken to spiral. “I went to the bottle,” he says.

“She took me to the VA and said, ‘I don’t want him back until you fix him,’” Ken recalls.

After he quit denying that he had PTSD, Ken says he was able to start learning how to cope. The first time he heard about PTSD, he said he didn’t have it. He realized he was affected after being continually presented with evidence of his symptoms.

Before Ken started going to VA classes regularly, he got angry with Denise a lot. She was afraid to say anything, she recalls. She didn’t want to talk about problems because she was afraid that the conversation would lead to an additional confrontation.

“There have been times when I felt like I was walking on eggshells,” she says.

Ken relied on alcohol to suppress his symptoms of PTSD, he says. He stayed angry. He felt like he always had to be right. In combat, when a commander is wrong, it means someone is going to die. Ken struggled to navigate conversations with Denise, letting his memories control his life.

People with PTSD often try to handle it through alcohol, Hunt says. They use alcohol to stop their symptoms of hyperarousal, which works for a time but can increase feelings of depression after the alcohol wears off.

“It has a trickle-down effect on those around them,” Denise notes.

If people realize they have PTSD, they can start getting treatment for it, she says.

Denise had never heard of PTSD before she married Ken. Eight years before they got married, they worked together in Tampa, Florida. Then, Ken moved to Arkansas to be closer to family.

Denise and Ken spoke again after four hurricanes hit Tampa in 2004. Ken volunteered to drive to Florida and help Denise fix her house from the hurricane damage. He proposed three months later on his 60th birthday, and they married in Las Vegas.

When Ken started going to classes at the VA, Denise started attending classes for the wives of men with PTSD.

“We as wives need to support each other because we’re going through our own hell,” she says. 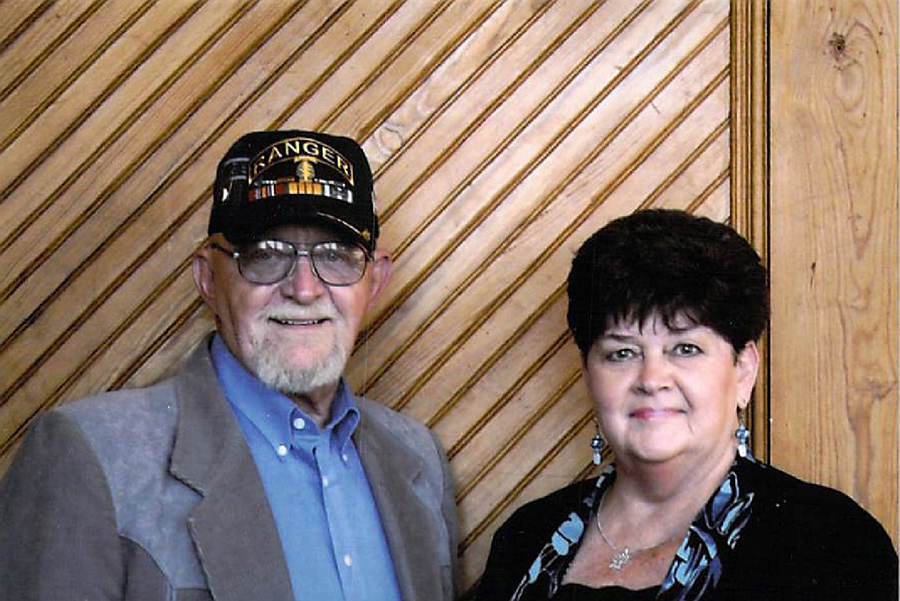 Ken and Denise have worked hard to help others fight chronic PTSD through nonprofits.

Ken started attending every program the VA offered. He treated PTSD like it was his job. During a weekly PTSD class, the instructor advised the veterans to “pick a situation that’s basically driving you nuts,” Ken recalls. The group talked in class, and for homework the veterans were supposed to write the situation down and relive it. Ken picked the mission that killed 26 of his men. He wrote about what he did and what he could have done and the results of both scenarios. After revisiting the horrific memories, Ken realized that there was nothing he could have done to save those men. If he had refused to lead the mission, he would’ve been court martialed and demoted — a price he would have been willing to accept. But the mission would have gone on. His commanding officers would have assigned a lieutenant with less experience to spearhead the mission, and more men probably would have died.

But even after Ken gained clarity about the situation, he continued to be tormented by the recurring dream about his dead friends. Ken spoke to a psychiatrist about the dream, and the doctor suggested that the men in his dream might be trying to tell Ken goodbye. Ken decided to write a letter to those soldiers and take it to the Vietnam Veterans Memorial Wall. He organized an official ceremony and wore his old uniform.

Ken never had another dream about the men dying in the helicopter. But he isn’t cured; there is no cure for chronic PTSD.

His daily routine helps him keep a lid on his mental illness.

“Just going to that therapy doesn’t get rid of everything,” says Denise. “You’ve got to keep at it.”

Most mornings, he sits outside and consciously decides that it will be a good day. He enjoys nature and gives thanks for his life. Ken is now sober and he uses the skills he’s learned in VA classes to handle his PTSD symptoms.

Ken also finds value in two nonprofit organizations that he and Denise started. Angel Lifeline raises funds for kids who don’t have money to buy school lunches. Through No Vet Left Behind, Ken mentors veterans and occasionally helps support them financially.

When Ken moved to Northwest Arkansas, he stopped hiding that he is a veteran. People pay for Denise and Ken’s dinners. People thank Ken for his service all the time.

At the square, the girl with the baby smiled after she shook Ken’s hand, then walked back to her family, who waved at Ken. Ken and Denise continued talking until a countdown began.

The entire square lit up. The crowd cheered, and children jumped up and down.

“Isn’t that something?” Ken said.