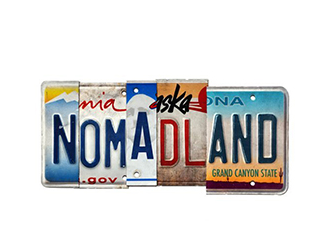 Arkansas Cinema Society has added new films and programming to its 2020 Filmland event.   ACS released most of its scheduled programming earlier this week, consisting of three blocks of Arkansas features, Arkansas short films and student short films. In addition, ACS announced that Regina King’s directorial debut One Night in Miami… would be screening on Friday, Oct. 2, followed by a virtual question-and-answer session.   Toronto International Film Festival and Telluride Film Festival selection The Way I See It has been added to Filmland 2020’s slate. The film, which looks behind the scenes of the White House through the lens of photographer Pete Souza, will screen at the MP Outdoor Cinema on Thursday, Oct. 1, at 7:15 p.m.   Nomadland has been added to Filmland 2020’s programming and will be screened on Saturday, Oct. 3.  The film stars Oscar winner Frances McDormand as a widow who travels the American West in a van. Directed by Chloe Zhao, the film has garnered wide acclaim, wining the top prize at the Venice Film Festival and the Toronto International Film Festival’s People’s Choice Award. The film will be shown on Saturday, Oct. 3, at the MP Outdoor Cinema at 7:15 p.m.   Starring Margot Robbie, Dreamland is the third new film added to Filmland 2020’s schedule. The film was screened at the 2019 Tribeca Film Festival and tells the story of a teenager’s adventures as a bounty hunter during the Great Depression in Texas. The movie will be shown Sunday, Oct. 4 at the MP Outdoor Cinema at 4:15 p.m.   All feature films at the Filmland 2020 drive-in are $40 per vehicle or $20 for Arkansas Cinema Society members.   READ MORE: Arkansas Cinema Society Releases Movie Slate for Filmland 2020
By Tyler HaleSeptember 25, 2020
Share this post
Share on FacebookShare on Facebook TweetShare on Twitter Pin itShare on Pinterest Share on LinkedInShare on LinkedIn Share on WhatsAppShare on WhatsApp