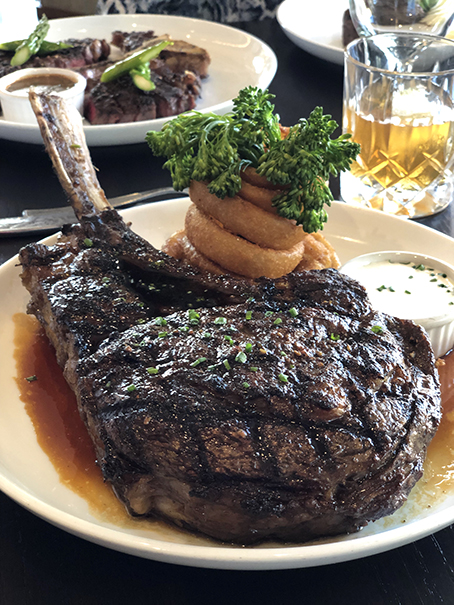 With the month drawing to a close, these two culinary explorers have one more stop on their list, and it’s taking them back to downtown Little Rock. While Williams lamented the end of the steak and bourbon tour, he says the last restaurant is worth the wait. 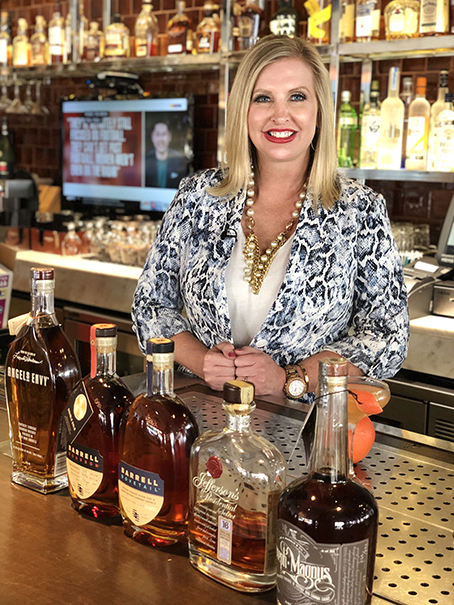 Heather Baker at the bar

“The good thing is that we get to end with a bang. We’re back in the River Market, here at Cache,” Williams says. 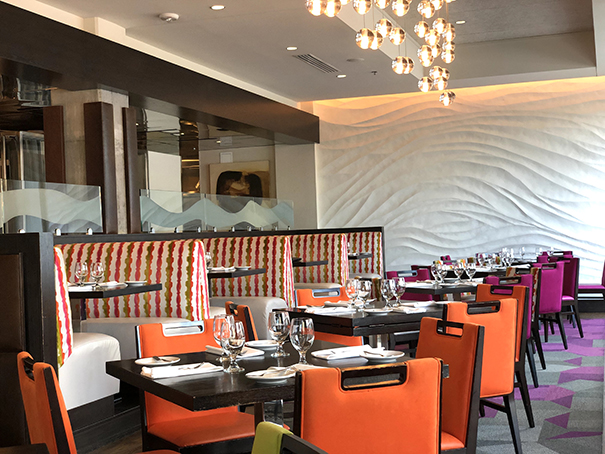 Before getting their food, Baker whips up some drinks to accompany their steaks. Knowing Williams enjoys some bourbon, she makes a brown derby.

“It is going to be delicious because it is grapefruit juice, bourbon – because we’re wrapping up Bourbon Month – and some honey simple syrup. It’s delicious; I’ve had it before,” Baker says. 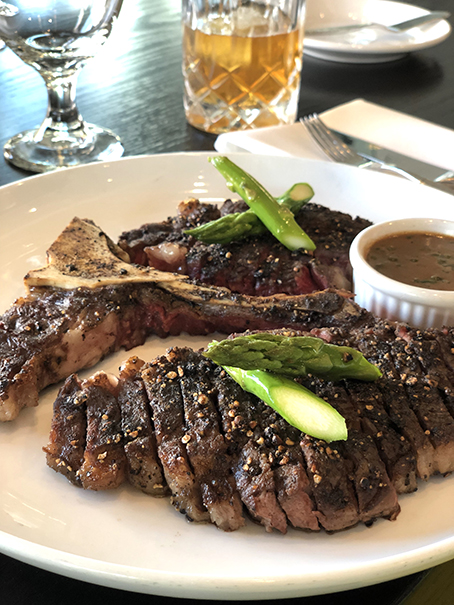 Harding introduces three delicious meals for Baker and Williams. At the smaller end, he prepares an 8 oz. filet mignon with whipped potatoes, haricots verts and bell pepper garnish. The second meal is the porterhouse au poivre – one of the restaurant’s signature dishes – which is crusted in black peppercorns and served with a green peppercorn sauce while being garnished by asparagus.

The final meal came with a warning from Harding! “Don’t let this steak scare you,” he says. 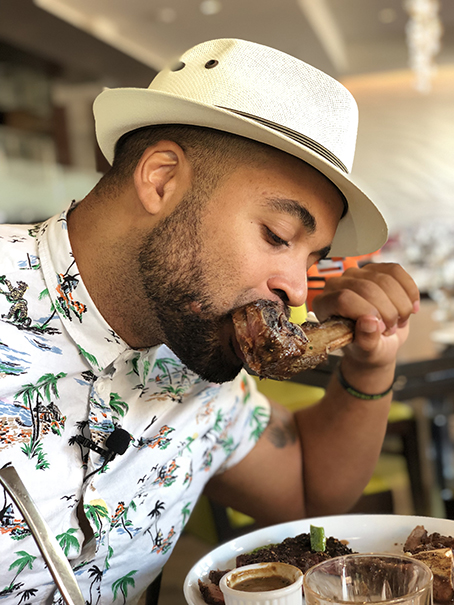 It’s the Tomahawk Ribeye steak, which at 50 oz., is a monster piece of steak. The ribeye comes with onion rings and buttermilk ranch, as well as broccolini. It is finished with Cache’s house Worcestershire sauce.

Seeing all of the steaks laid out on one of Cache’s immaculately appointed tables stuns both Baker and Williams. “I’m totally overwhelmed by all of this awesomeness,” Baker says. 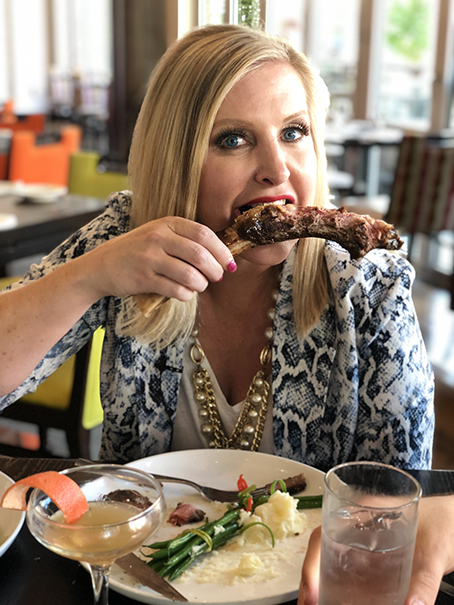 Williams is impressed with the ribeye in particular. “I can’t get over the size of this. I may just eat it by picking it up by this big old bones,” he says.

Of course, the true test of a steak isn’t its appearance or presentation. It’s the taste, and Cache’s steaks have that in spades. The steaks, according to Williams, are loaded with flavor and cooked to perfection.

While that’s the end of the Steak Bucket List, never fear because Baker and Williams will be back with more culinary finds. Next month, they will be on the Wings Bucket List.