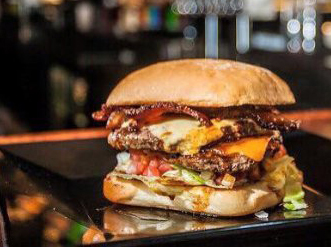 Across the Arkansas, there are untold numbers of restaurants, whipping up everything from barbecue to soul food to sweets to hot tamales. Some of those restaurants capture our hearts – and stomachs – in a special way. They stay with us, and we go back, day after day, week after week and so on.

Arkansans came out in force for the nominations. More than 2,000 nominations were submitted, an increase of roughly 40 percent from last year. Every Arkansas county – all 75 of them – was represented in the nominations submitted.

These nominations were for five awards: Arkansas Food Hall of Fame, Proprietor of the Year, Food-Themed Event, People’s Choice, and Gone But Not Forgotten.

This year, 13 Arkansas restaurants are finalists for the Arkansas Food Hall of Fame in the fifth year of the awards’ history. These restaurants include:

Five individuals were nominated for Proprietor of the Year. The names will be familiar to most who follow the Arkansas culinary scene. They include Sami Lal, Jamie McAfee, Matt McClure, Capi Peck and Anthony Valinoti.

In the Gone But Not Forgotten category, five departed restaurants will vye for the prize. These include Browning’s Mexican Grill, Dairy Hollow House, Habib’s Café and Delicatessen, Roy Fisher’s Steak House and Uncle John’s.

The People’s Choice award, determined by the largest number of nominations for a given restaurant, will be announced at the ceremony.

The Arkansas Food Hall of Fame ceremony will be held virtually on Feb. 22 at 6:15 p.m.