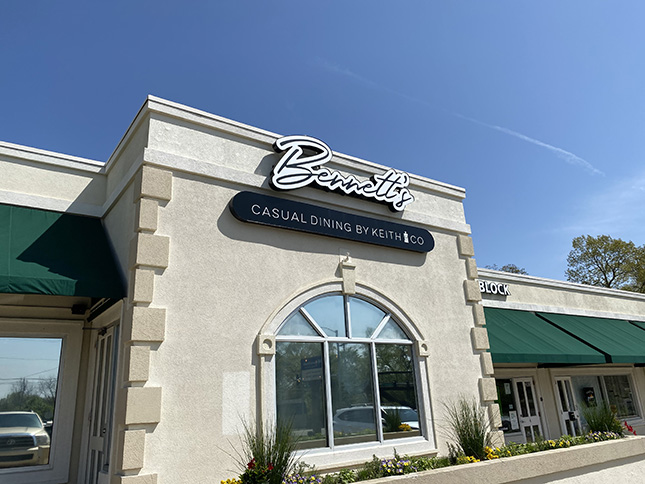 We all miss Zaffino’s in Sherwood, the beloved Italian eatery that closed last year. I just wanted to put that out there. It needed to be said. And while we still mourn its loss, the addition of Bennett’s by Keith & Co is a welcome addition to our dining scene, as I got to see firsthand on my initial visit during the restaurant’s soft opening. This is the second brick-and-mortar spot from Darin Keith, who also owns Keith & Co Artisan Sandwich Shoppe in Jacksonville. 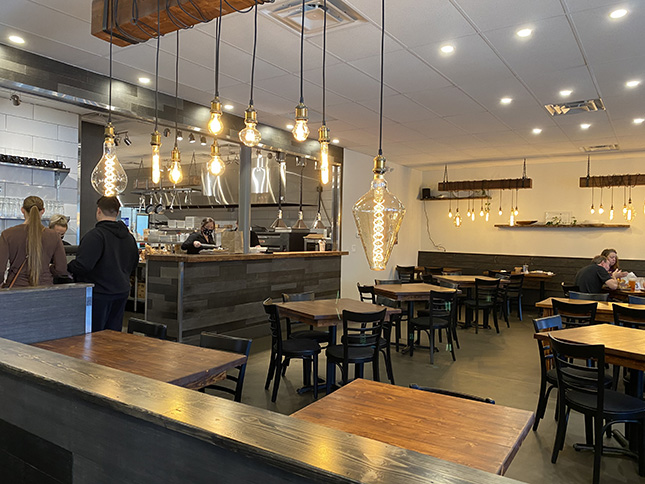 Interior at Bennet’s by Keith & Co.

First things first – the space is nothing like you remember. It’s now sleek and modern, complete with Edison bulbs throughout and an open-kitchen concept that gives diners a look of their food being prepared. Bennett’s is currently open for lunch service on Tuesday through Friday from 10:30 a.m. to 2:30 p.m. It’s a fast-casual concept, meaning you walk up to the front register, place an order and find a table. Food arrives ten to fifteen minutes later. 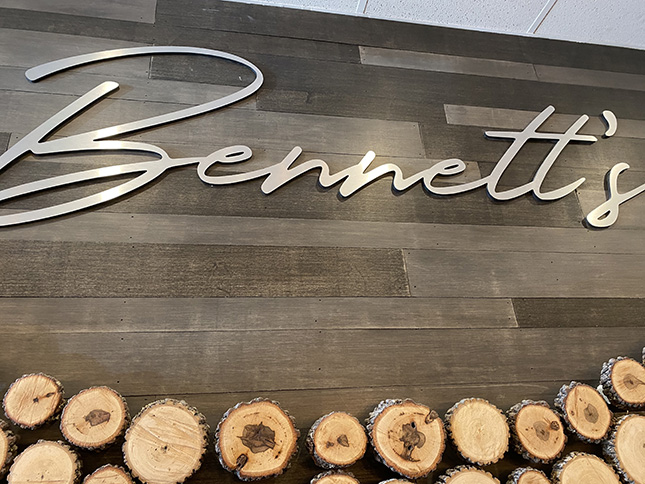 The menu is simple with 8-10 items under each of these four categories: Appetizers and Sides, Sandwiches, Soups & Salads, and Burgers & Tacos. We wanted to sample one dish from each category and landed on the chicken tenders, cheeseburger, tomato soup, and club sandwich. Truth be told, I had no intention of ordering the tenders, but after watching a cook hand-breading them about 20 feet away, I just couldn’t resist. Talk about the power of visual persuasion. And these tenders did not disappoint. I’m guessing the juicy meat must have been brined beforehand, but if not, kudos to the staff for pulling off such a fine appetizer without much fuss. 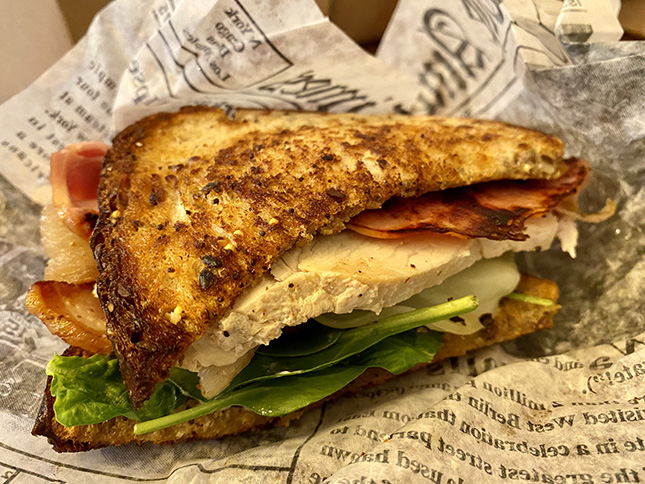 Traditionalists will not like how Bennett’s club sandwich lacks a third piece of bread, but I say the less carbs, the merrier, and the rest of the sandwich was spot-on, including the thick cut of turkey breast, crisp bacon, and a slab of ham browned on top from a quick grill job. As with any club, success lies within the details and Bennett’s does a nice job of going the extra mile. In fact, I noticed very few, if any, shortcuts during our lunch, and that includes house-fried chips for the sandwich’s side. Those chips also came with the cheeseburger, which was another hit. Although the bun was a touch bready, it collapsed easily with a good press, and frankly, was needed for the substantial beef patty. Crispy on the edges from yet another stellar grill job, the patty, in all its glorious flavor, proved to be the shining star of lunch. 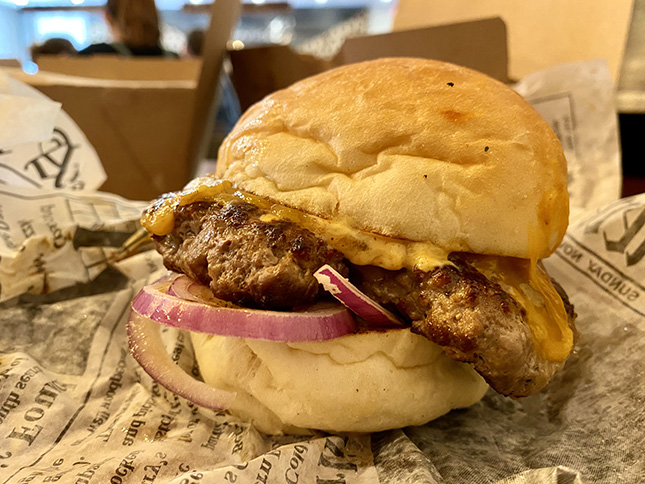 Other menu items to keep an eye out for include chips and queso, BBQ nachos, hand-cut fries, fried bologna sandwich, B.L.T., and a pimiento cheese and bacon sandwich. 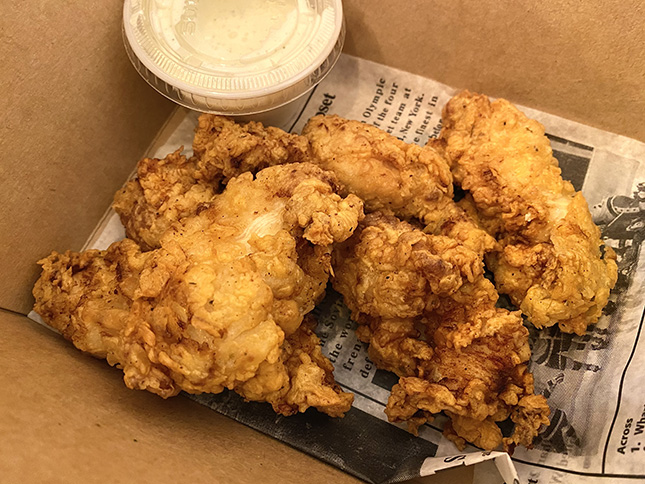 All told, fantastic food, reasonable prices, and attentive service (even by soft opening standards) has Bennett’s on the right path to long-term success. Time will tell, but it looks like Sherwood has themselves a winner. Here’s hoping folks will embrace the new tenants like they did the previous ones.