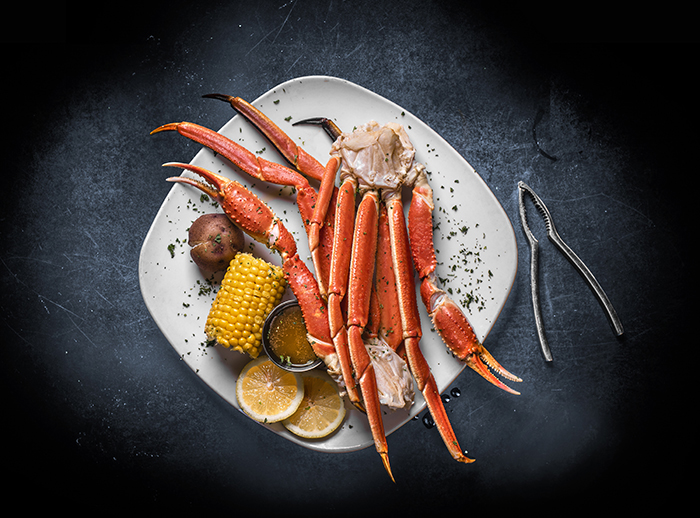 The best football bet I ever won wasn’t paid in cash, it was paid in CRUSTACEANS.

The Texas blowhard who’d backed the wrong horse promised me a steak dinner, but, as we met up on a business trip to Las Vegas, he changed his mind at the last minute.

“I feel like lobster,” he declared. And living as I did then in the Midwest, where the best beef was always within reach, he got no argument from me. We asked around and were directed to a place on the Strip called Rosewood Grille, a glitzy spot with a picture on the marquee of a man in a tux holding a gargantuan lobster. What could possibly go wrong?

Shortly after being seated, our party of five started to take note of where we were — the waitstaff in tuxedos, the high roller with a sparkly showgirl on each arm, the menus with no prices listed. Our benefactor either didn’t notice or didn’t care because, well, Texans.

That night they brought us prawns the size of Guinea pigs and lobsters that an hour before could have been ridden back to the hotel. Over crème brulee and coffee, the check arrived just as Big Tex was in the full roar of a punchline. It took the wind out of him, and we laughed all the harder watching him shakily pry out two credit cards to get us out of there. 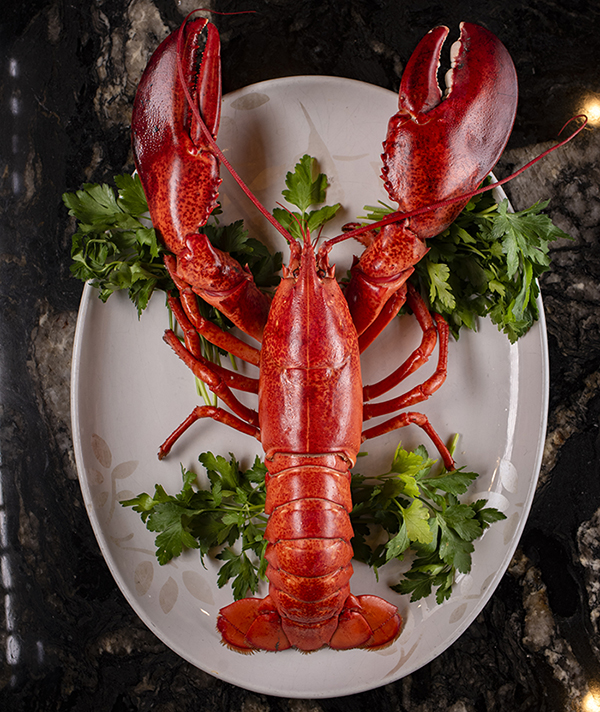 Now I ask you, would you ever have a story like that to tell after a night of chalupas? Of course not. Such is the magic of seafood.

“I was already considering a seafood concept because I felt like we were seafood-poor in this town and the whole state, for that matter,” says Chris Tanner, the longtime Little Rock restaurateur behind favorites Cheers in the Heights and downtown’s Samantha’s Tap Room and Wood Grill, on his latest venture, The Oyster Bar in Stifft Station.

“Anytime I travel, every time I travel, it’s all about food and restaurants,” he says. “Sometimes somebody tells me about a place or I read about it. I’ve traveled a lot, and when I see something I like, it’s ‘That’s cool; that’s what I want to do.’”

If there’s such a thing as an oyster whisperer, Tanner must surely be one. Sure, he likes to tell you how the renovations to The Oyster Bar are coming along, from the new décor to the wood-fired grill that just went in. But before long, it’s all about the bivalves. 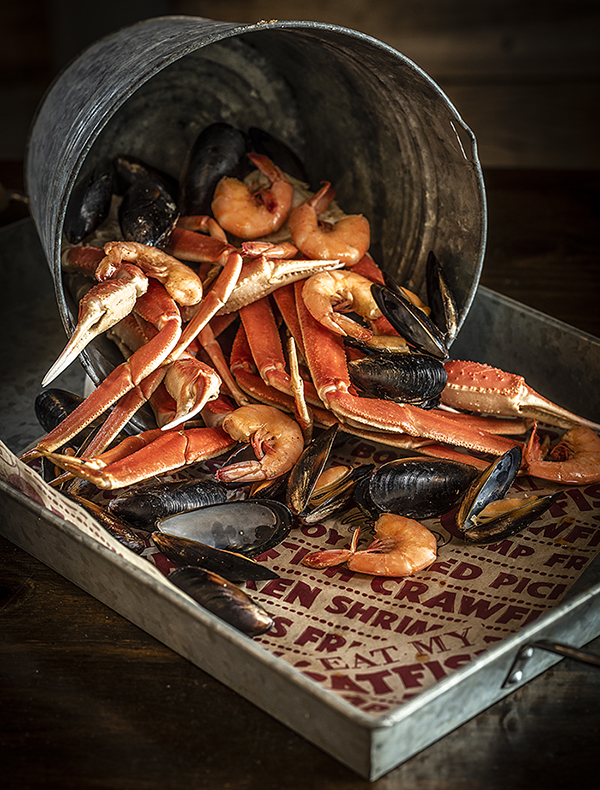 “There’s only five species, but there are 150 varieties of those five species in the U.S. It’s just how they’re farmed, where they’re farmed or if they’re wild,” he says of oysters. “What we found in all the oyster bars, they’ve all done that where they give you a little history or a flavor profile of the different varieties. I always thought that was really neat.”

The Oyster Bar might have lived much of its life as a loveable, scruffy dive, but Tanner’s bent on turning it into the Mecca of Mollusks, the Shangri-La of Shellfish. When completed, clients can have oysters any number of ways — from fire-grilled to po’ boy crispy to briny and shiny. And yes, there are tasting notes, straight from the mind and palate of Tanner, the dean of Shuck U.

“I’ve been to the East and West coasts, visited oyster farms and come to know people,” he says. “I’ve gone and toured the Fulton Fish Market up in New York. Of course, we’ve got partners down in the Gulf. 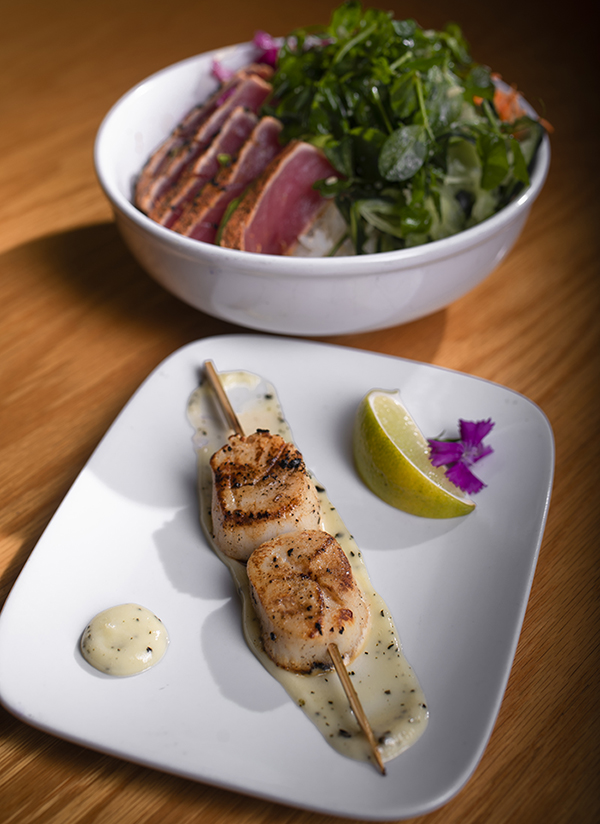 “Then I’ve got a little family in Washington in the Pacific Northwest. They go out and harvest wild oysters and do it in conjunction with the property owners. So, if they are behind their houses, then everybody gets a cut and it’s self-sustaining. It’s really neat.”

Any seafood lover worth their salt can appreciate the lengths to which Tanner is going. Fish is the ultimate deal-breaker for a night out; when it’s good, there’s nothing like it, when it’s bad, you’ll never touch it again. And you can’t tell which you’re gonna get just from the décor, by the way. My beloved and I stumbled onto a diner off the beach in San Diego once, made from an old Winnebago where they served sublime fish tacos, the first and best I’ve ever tried.

In truth, whether you spend as much as you can stand over a swanky white tablecloth or let your swimming togs drip dry in a ramshackle crab shack, in the end, it’s the freshness of the catch that matters most. And, of course, skill in preparation, which, as Jerry Barakat, owner of Oceans at Arthur’s in Little Rock notes, is no easy trick. 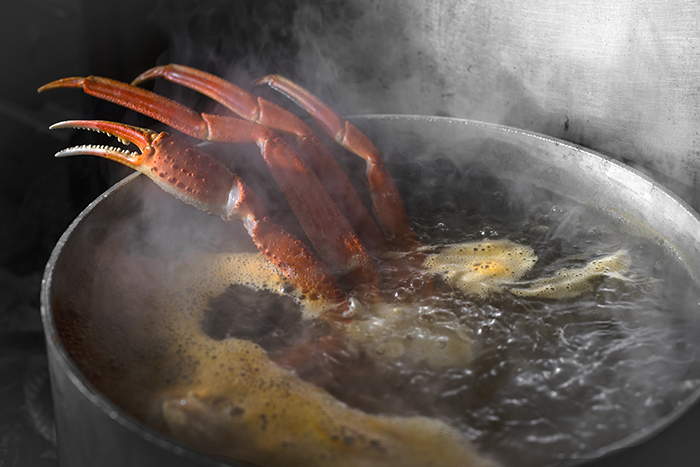 “Believe it or not, seafood is more delicate than steak,” Barakat says. “You could take any great fillet of fish, and you could cook it the right amount of time, temperature, seasoning and whatever, and it would taste like the best you’ve ever had.

“The same fish, you take it, and let somebody else do it, and it’ll be the toughest piece of leather sole that you’ve ever tasted. Literally, it takes a few seconds from having a great piece of fish to people saying ‘That’s not my kind of fish.’”

As you may remember from elementary school, 70 percent of the earth is covered in water, so there’s no reason you should ever get bored with seafood, and if you do, it’s your own timidness that’s to blame. Fish can be down-home, working-man fare — flaky, white catfish peeking seductively from under a dusting of cornmeal or bulbous shrimp submerged in creamy grits. Or, like the octopus–laden cioppino I got on San Francisco’s Fisherman’s Wharf once, it can be the most exotic concoction you’ve ever laid eyes on. 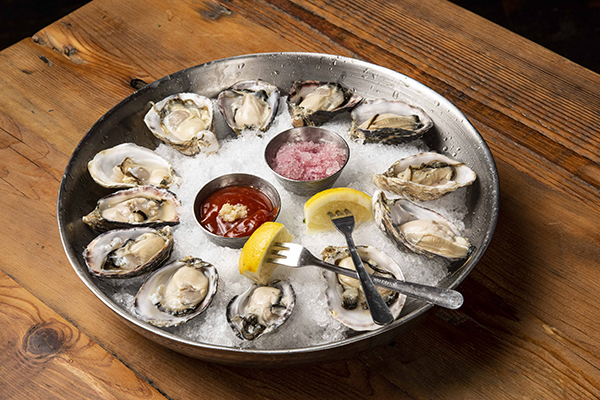 In Arkansas, it’s hard to truly fathom the diversity of seafood, lacking as we do the great markets of the coastal states — Pike Place in Seattle, New Deal in Cambridge, Mass., Westwego in New Orleans. Barakat knows all of these and others, the better to bring you something you’ve never seen before.

“I do most of the purchases with the help of the chef that I have. He tells me what we do and don’t have, and they let me know,” he says. “There are a bunch of vendors from the East and West coasts, and even in the Gulf. I’ve been dealing with them for the past 39 years that I’ve been in business in Arkansas.

One of the things to love about Arkansas is how frequently underestimated we are in terms of culture. People elsewhere tend to think just because we’re landlocked that our seafood is limited to frozen fish sticks. But anyone who’s ever had the garlic shrimp at Doe’s Eat Place in Little Rock, or let Gaston’s Restaurant in Lakeview work its trout magic, or powered through one of the formidable platters at Who Dat’s in Bald Knob, or visited one of a hundred places for a crawfish boil every spring, knows better.

Here’s to the next one that didn’t get away. 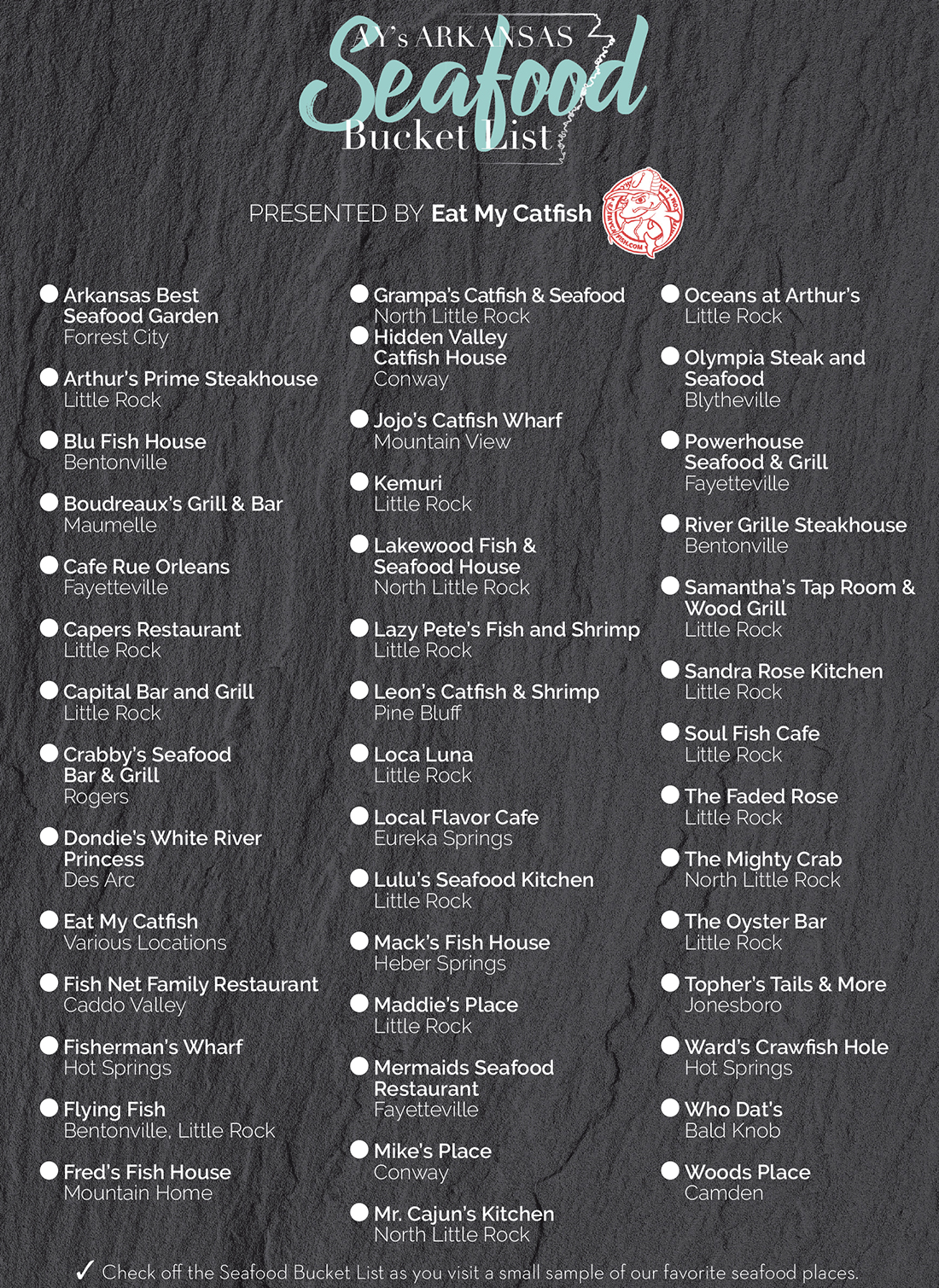