Brooke Wells is the most famous Arkansan you’ve probably never heard of. Wells has more than one million followers on Instagram, her social media platform of choice, and also has big numbers on Twitter and Facebook. But Wells isn’t simply famous for being famous. 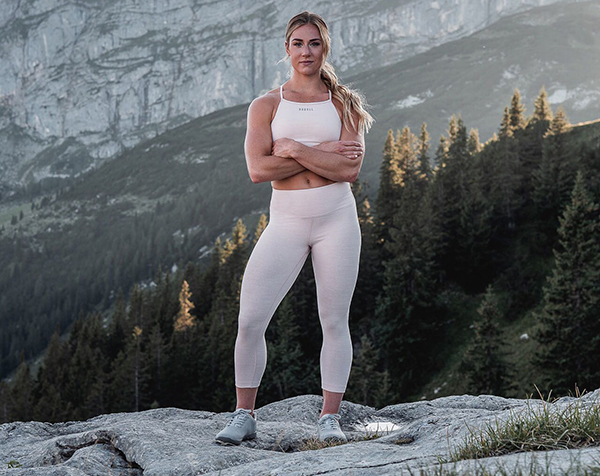 An influencer? Yes — and at 24, a millennial to boot. Wells has already traveled the world performing, stars in a movie released late last year and has performed in front of national and international television audiences numerous times.

She’s not a singer or a dancer, but an athlete — in the truest sense of the word. She’s already considered one of the best in the world in the cozy niche of CrossFit, the competitive fitness sport.

CrossFit, for those unfamiliar, is a combination of an exercise philosophy where you train every day with elements of gymnastics, Olympic weightlifting, powerlifting and calisthenics, among many other rigorous styles of exercise.

The workouts are intense and grouped into a daily workout known as “Workouts of the Day,” or WOD and are generally not performed at the kinds of gyms and workout facilities that charge a person $10 a month to exercise, featuring rows and rows of treadmills and color-coded weightlifting machines.

Instead, CrossFit gyms — known as “boxes” — are wide-open spaces that may have more tractor tires on the floor than weights, and instead of jogging on treadmills, you might see people on all fours scurrying along on the ground doing what are known as “bear crawls.” 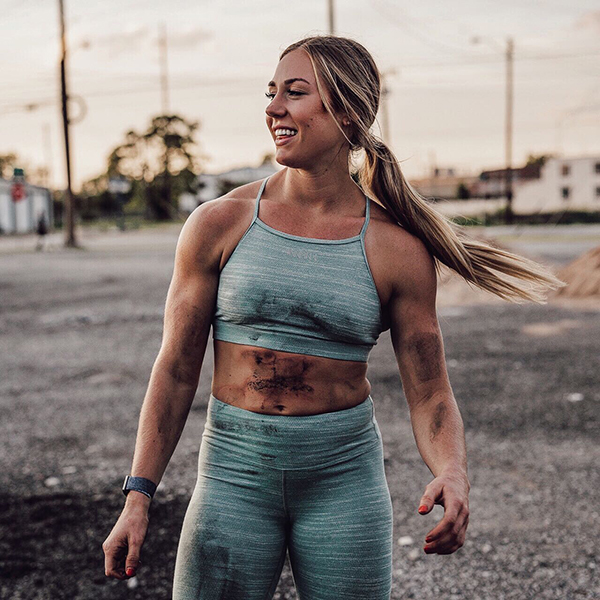 There are roughly 8,000 CrossFit boxes in the United States, and around 20 just in central Arkansas, with names like 501 CrossFit in North Little Rock or Wellness Revolution CrossFit in Little Rock.

For Wells, her introduction to CrossFit came when she was a student at Southside High School in Fort Smith. She wanted to supplement her training for track and field, where she and her identical twin, Sydney, were standouts as both competed in the state’s Meet of Champs in 2013.

It was the sisters’ parents, Ben and Lisa, who pushed the twins to excel as they too were high school athletes in the late 1980s at Ozark. And from good genes comes excellence — twin Sydney went on to the University of Missouri and was a four-year track athlete for the Tigers.

Years later, Brooke also ended up at Mizzou, after a one-year detour at the University of Arkansas. While still a student in Columbia, Mo., she competed professionally in CrossFit.

Wells won her first professional competition, the 2015 CrossFit Central Regional, at just 19 and that qualified her for the CrossFit National Games where she finished 16th overall.

The regional win netted $5,000 in prize money for Wells.

The following year was Wells’ breakout year. She again competed in the Central Regional and that performance qualified her again for the CrossFit National Games where she finished sixth and took home six top-five finishes and one event win.

That’s when the publicity started coming in for Wells as she made her first cover, on the front of BoxLife Magazine, a CrossFit publication that is distributed around the globe.

While top-10 finishers at the CrossFit Games earn at least $15,000, if not more, and winners of the games will bring home around $300,000, the real money is from sponsorships and product endorsements.

Wells was still a teenager when she started picking up sponsors, including Nobull, a shoe and clothing company. Now, just a few years later, Wells still endorses Nobull, where she’s one of the company’s top performers, and nine other companies, such as Cellucor, Xtend, Beam, Country Archer, Compex, Whoop, GoWod, MacroMeals and CompTrain.

Her first international exposure came in 2015 when she traveled to London and Paris for Nobull, and Wells noted then she was already famous enough to be spotted by fans at airports and in a train speeding across the European countryside.

Wells says she was heartened by the attention and that it was “inspiring,” and it also gave her “more motivation” to continue competing.

While obviously extremely fit, Wells, at 5’6” and 150 pounds, may not appear to be a physically-imposing athlete. That all changes when you see her compete or watch highlight videos of her on YouTube. There, you can see her throw 50-pound medicine balls up and over her head beyond the view of the camera or do handstand walks up and down inclined ramps. 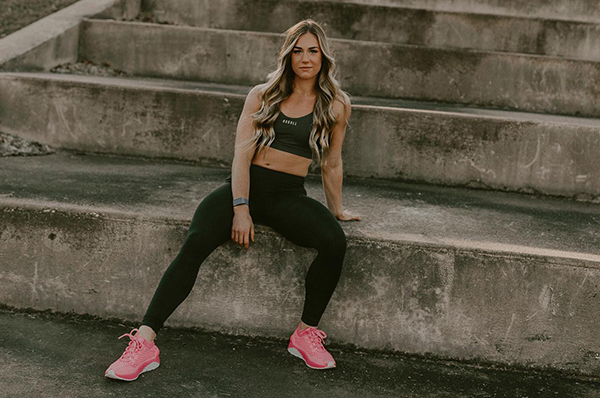 Repeat that sequence and it becomes clear why this is not a sport for the faint of heart or mind.

The deadlift is simple and where you load weights onto a bar and then pick it up. For comparison, a very large refrigerator might weigh around 400 pounds. Squats are also an example of powerlifting, and one you might remember from high school sports.

The clean and jerk is Olympic-style and similar to the deadlift where a weighted bar is lifted up to your waist, then you flip, or clean, it up to your chest. The next phase is for you to then press, or jerk, the bar above your head.

Those numbers show just how elite an athlete Wells is, as they are in the range of world and Olympic records which is why she has made the CrossFit games every year since first qualifying and is currently ranked as the No. 2 CrossFit athlete in the United States.

It is also why Wells is on the big screen with “Who I’ve Always Been,” a documentary produced by Nobull that features Wells, along with fellow international CrossFit stars Katrin Davidsdottir (Iceland) and Tia-Clair Toomey (Australia). It follows the trio as the film introduces them, their families and the people behind their stories. 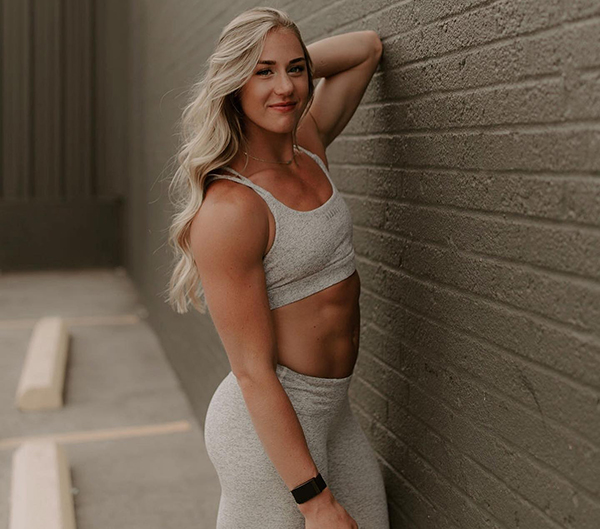 The goal for Wells is to win the CrossFit Games and be dubbed the “Fittest Woman on Earth.”

“I sacrifice a lot,” Wells says of the goal. “[But] the outcome will be worth it.”

She’ll get her next chance this summer when the CrossFit Games kick off July 29 in Madison, Wis. It will again be televised on the ESPN family of networks and Wells, already among the world’s best, is working on getting even better.

“I’m competitive,” she says. “I love being challenged.”