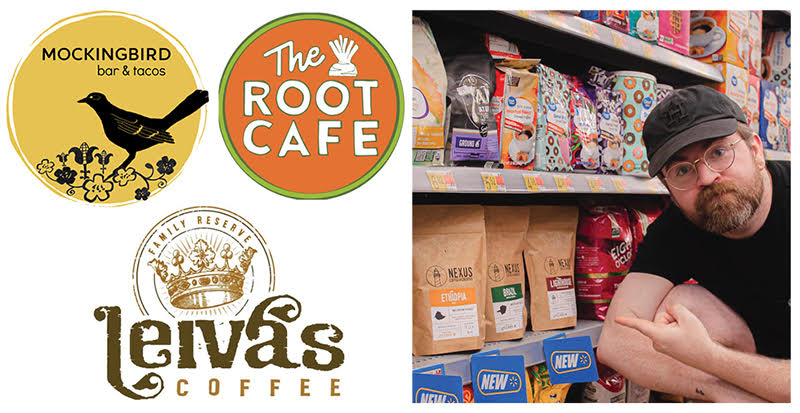 TOPDOG Hot Dog Company will be closing its location on Main Street in Little Rock. In making the announcement via a Facebook post, the restaurant also announced it would be open to franchising TOPDOG if any investors are potentially interested.

Leiva’s Coffee opened a new location in West Little Rock. The Coffee Shop will be located inside of the Aloft Little Rock West Hotel. Leiva’s also announced it will be holding a hiring event on Friday, Aug. 5.

Cache Restaurant in Little Rock is temporarily closed, citing busted pipes underneath its dining room floor as the reason. For updates on when it will reopen, check its Facebook page.

Jack Sundell and Corri Bristow-Sundell, The Root Cafe owners sold Mockingbird Bar & Tacos to JLC Entertainment Holdings, owned by Johnny Campbell and ­­­Harry and Joe Einhorn. The Group currently operates a Cabot-based pizzeria. The Root Cafe also announced it would be working toward a second location in Breckenridge Village, which will be right next to the planned Deluca’s Pizza.

Soul Fish Cafe has closed its doors in downtown Little Rock. In an earlier announcement, the eatery planned to stay open until Aug. 7, but due to staffing issues the Little Rock location has officially closed. For more information, click here.

Jess’s Chicken, the long-awaited second concept for David’s Burgers (brought to us by co-founder David Alan Bubbus and his wife, Jessica Bubbus, the company’s VP), is expected to open late Aug. at 10907 N. Rodney Parham Road in Little Rock, according to food blogger The Mighty Rib. The new restaurant concept will focus on fried chicken and savory & sweet chicken salad.

El Sur Street Food Co. opens Friday in its new storefront location at 1214 Main St. in SoMa (The location of the former Esters). According to Co-owner Darren Strayhorn, the eatery will open with the limited authentic Honduran and Latin American menu that they’ve been using for their food truck.

Nexus Coffee & Creative will now be available on shelves at Walmart stores around the state. e. Nexus Coffee announced its partnership with Coffee Collective Co., an initiative started to bring “specialty coffee to everyday shopper’s shelf and into their basket!”

Trios Restaurant in Little Rock has announced that it will be supporting Potluck Food Rescue For Arkansas, with a percentage of every purchase at the eatery going to the rescue this week, through Aug. 6.

Downtown Springdale announced that Zelli Pasta, a family-owned and operated pasta producer has opened on Emma Avenue. In addition to different types of pasta, Zelli has everything needed for a pasta night at home, available for purchase.

A new drive thru coffee shop is making its way to Mayflower according to Owner Danny Hester. The new location will be at 587 Highway 365. For more information, click here.