Every week, AY Publisher Heather Baker and KARK host DJ Williams work up a mighty appetite around the middle of the week. It’s no coincidence – they’re gearing up for their weekly Bucket List stop.

This week, they are continuing the Food Truck Bucket List, sponsored by the Lab Food Truck by Kemuri. Where are they heading? They are keeping things old-school by chowing down on some biscuits. 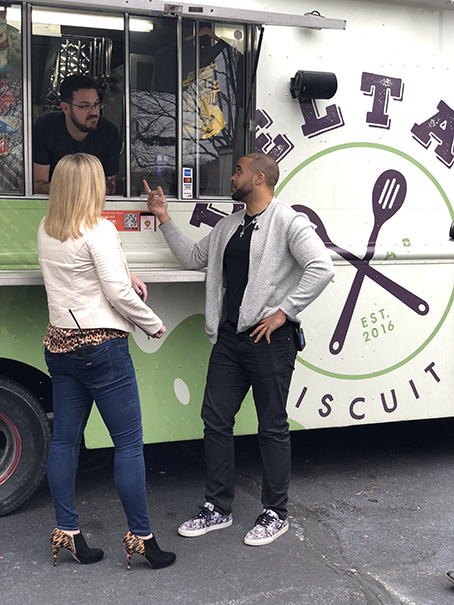 That’s right – they visited Delta Biscuit Company. This Little Rock food truck dishes out some of the best biscuits in the state, but don’t take our word for it – hear it from DJ and Heather.

When they arrived at Delta Biscuit Co., they were ready to throw down. Usually, they might have a little small talk, but this time, they were ready to eat! “We’re hungry. She’s been fasting, I’m starving, you’ve got options to everybody. You know I’m trying to do my whole little vegan thing,” Williams jokes. 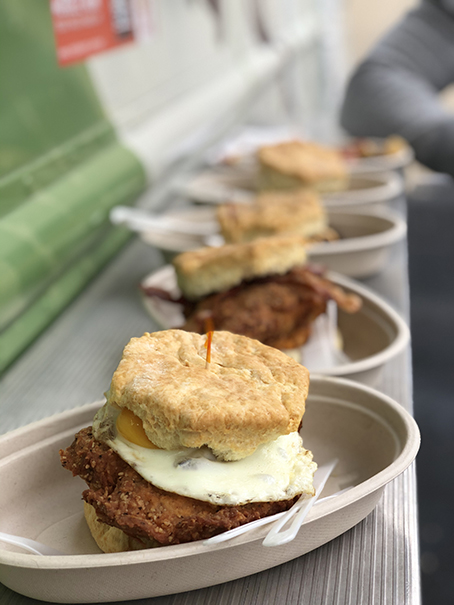 “When you say biscuit and put in the cheese and the fried chicken, you’ve got us here to eat,” Baker says.

When faced with a hungry crowd, there’s only one thing to do – throw the full menu at them. 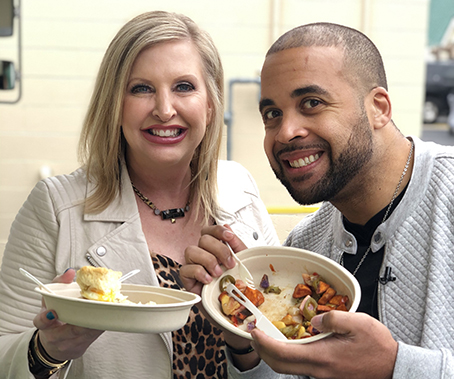 As he’s still working on his vegan diet, Williams got a Delta Hash, which has potatoes, onions, peppers, a fried egg and Hoff sauce. But that’s not all. Delta Biscuit also whipped up its the Madness biscuit, which has house-made sausage, a fried egg, pepper jack cheese, and seasonal jelly; the Mimi, which is a biscuit with fried chicken, apple butter and a fried egg; and the Fresh Prince of Bel-Air, a biscuit with shaved rib eye, pepper jack cheese, peppers and onions and ARkansauce.

Once all the food is laid out, Baker and Williams realize they may be out-matched. 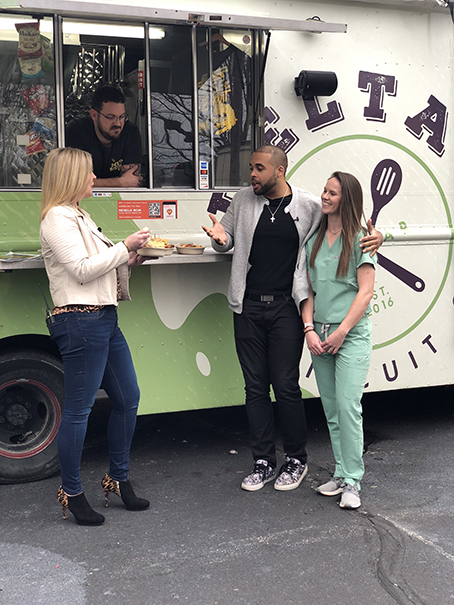 “Thankfully, I brought my girlfriend to help me out,” Williams says.

“The queen is here,” Baker says. 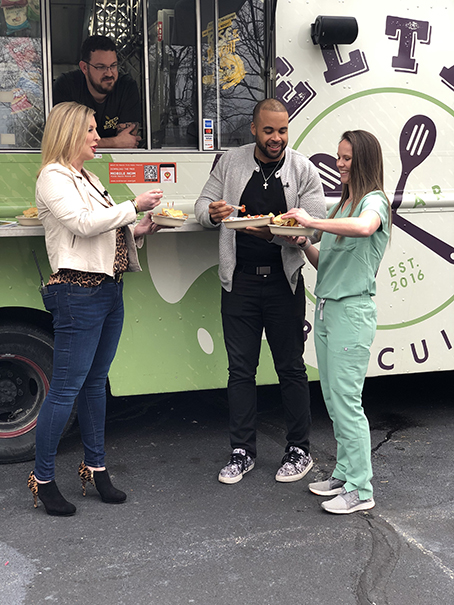 Between the three of these culinary adventurers, they plow through the delicious biscuits. What the verdict? “So good,” Baker declares.

“This is the best bang for your buck. The biscuits are amazing, I hear,” Williams says. 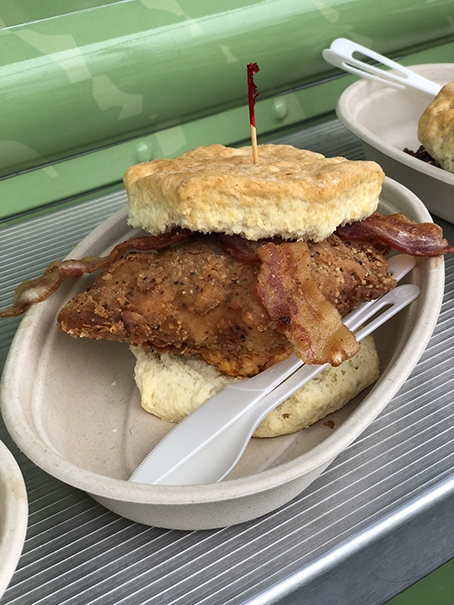 Find out where Delta Biscuit Co. is parked here. 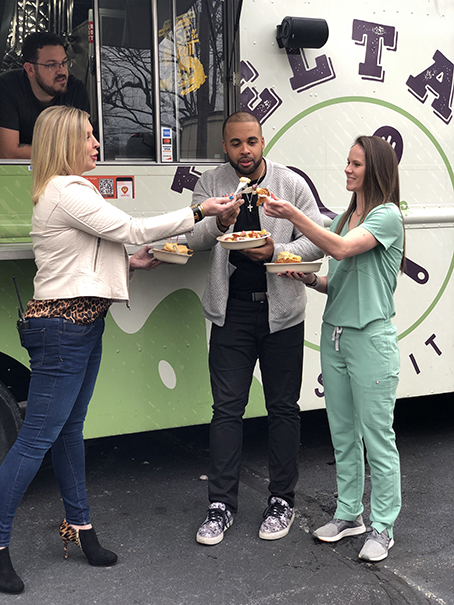 Check back next week when Heather and DJ return for a third round of the Food Truck Bucket List. 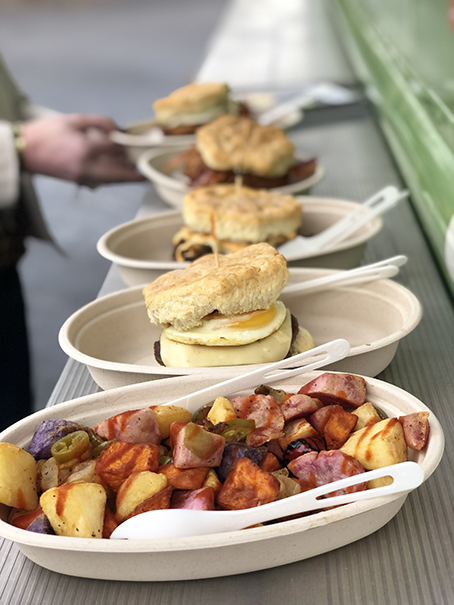