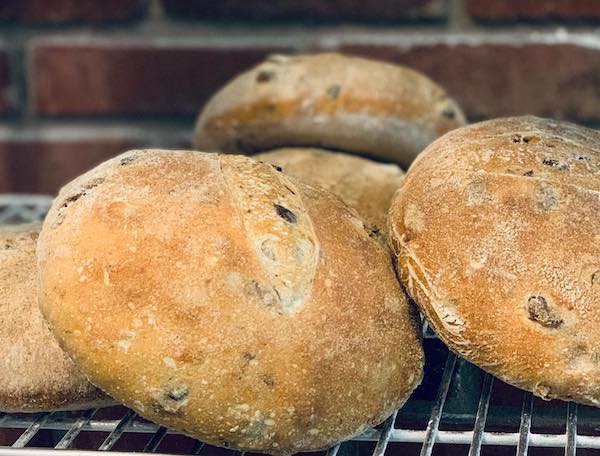 Food & Wine just released a listing of the “Best Bread in Every State,” and named Serenity Farm Bread in Leslie to the top spot in Arkansas.

The news came at an already exciting time for the locally owned bakery, as Serenity Farm Bread is celebrating 30 years of business in 2022.

“Back in the early 1990s, Dr. Morris Keller — a successful Dallas podiatrist turned chef — founded Serenity Farm Bakery in the tiny Ozark mountain town of Leslie,” the Food & Wine article reads. “A gamble to be certain, at least at a time when sourdough bread was still a curiosity in so many parts of the country. Turned out, however, there were enough health nuts, hippies and other assorted converts to keep the business alive through multiple owners, the latest being Jordan Archote and Adrienne Freeman, who grew up visiting (and later working at) the bakery. They inherited the handsome, 30-year-old, wood-powered brick oven, a century-old starter, and a pretty darned loyal clientele, who stop in for all the classic favorites, along with more experimental loaves like a molasses rye loaf brightened up with a hint of orange. Far from your average morning piece of toast.”

The distinctive flavors of Serenity Farm Bread — be it the old-world sourdough or the varieties of focaccia — are artfully pulled from its wood-fired brick oven. Other favorites of the eatery include its many pastries and sweet treats, artisan sandwiches and soup.

“Thank you Food & Wine for naming us the BEST bread in Arkansas,” the bakery posted on Facebook. “Honored to be alongside our country’s finest bakers!”

The Searcy County Chamber of Commerce also weighed in on the news with a congratulatory message for Serenity Farm: “Big congratulations to Serenity Farm Bread of Leslie being named the ‘Best Bread in Arkansas!’ Well-earned praise for current owners Adrienne Freeman and long-time employee-turned-owner Daniel Burlison, and former owners such as David Lower for his tireless efforts over more than two decades!”