Her son, Joe Johnson, had always been one of the best in the world at hitting game-winning shots but had never before made one for a pro basketball championship.

In early September, though, Johnson capped the greatest season of his professional career by sinking a three-point dagger over the outstretched arms of Stephen Jackson in the title game of the world’s top three-on-three league. The Little Rock native led his Triplets team, which also featured former Razorback teammates Jannero Pargo and Sergerio Gipson, with a virtuoso performance, racking up 28 points.

Although Johnson had been a seven-time NBA All-Star, this was his most impressive season. He led the BIG3 league, the world’s second-most talented basketball league, in points and assists and was named the league’s MVP.

Being out of the NBA in the 2018-19 season, Johnson used the game as a way to heal after his mother died from cancer. “I use it as therapy,” he tells The Undefeated, a sports news website owned by ESPN. “My mom passed away in February, and being an only child, it was tough on me, so I just needed something to do to keep me busy. And the BIG3 was it.”

For most of his childhood in southeast Little Rock, it was just him and his mom. Outside of a five-year span in which his four uncles lived with them, “she was my world. It was just me and her coming up,” he says. “My pops was never around, so my mom, she played that role. She did everything.”

I remember visiting Johnson in his swank 300 Third Tower apartment in downtown Little Rock a few years ago to talk to him for an article for SLAM, a basketball news outlet. He showed me all the awesome memorabilia he’d collected over the years — things like a keepsake signed by LeBron James and a collegiate Jerry Rice jersey his friend Mike Miller (former 17-year veteran of the NBA) had given him.

What stood out to me the most from our interview was the depth of love and respect he had for his mother. She worked up to three or four jobs at a time during his youth, and one of them was as a psychiatric ward nurse at the Arkansas State Hospital. To say she “gave it her all” isn’t cliche in Diane Johnson’s case. He told me he recalled being shocked one evening when his mother returned home from work, fresh stitches on the side of her head. A patient had gone on a rage, grabbed a chair and attacked her and some colleagues. She was hit above her ear. “I was heartbroken,” Johnson recalls. “I never wanted to see her hurt in any fashion. I didn’t want her to work there, but I understood that she had to do whatever it took to get the bills paid.” 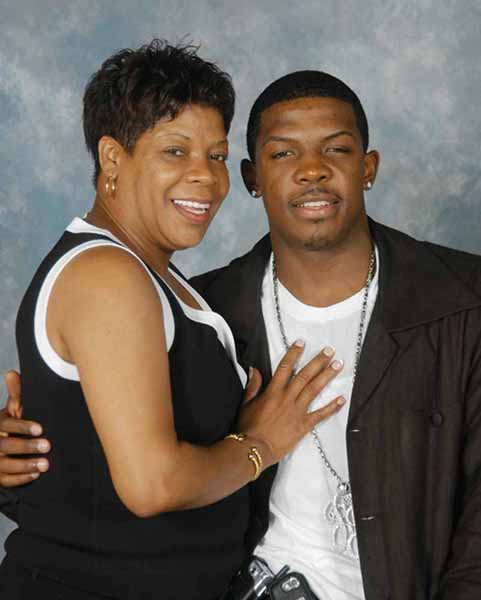 She was always the strong one, and no doubt, her ability to absorb these kinds of (literal) blows and keep going played a role in her son’s stoic demeanor.

Ms. Johnson also wanted to protect her son, which is why she didn’t tell him she was diagnosed with multiple myeloma in 2008 until two years later. At that point, Joe was starting his stint as a centerpiece of the Brooklyn Nets, but he couldn’t focus well on his new role while tending to his mother. He flew back to Arkansas to stay a week with her in a hospital, then moved her in to live with him in the New York metro area.

“My son really stepped up. He was there. I can tell he was hurting, and I couldn’t help him,” Diane told the New York Daily News in 2010, fighting back tears. “He was there. He’s been there for me all through this and continues to support me in anything and everything I do.”

“I think it is [hard on him],” Diane added. “But Joe will never tell me. He’ll be strong. He’s always been my backbone, my heart. So he would never tell me, ‘Mom, I can’t handle this.’ Even if it bothered him, he wouldn’t tell me.”

Johnson never did open up publicly about the difficulty of this time, but he did share with Katharina Harf, co-founder of the nonprofit Delete Blood Cancer.

“He talked about how hard it was to learn that his mother was sick,” Harf tells the New York Daily News. “She waited a while to tell him because she’s always the strong one and has always been a very strong force in his life. So obviously his world got shattered when he found out his mother was sick.”

Soon afterward, though, the cancer went into remission. For a few years, things looked good. But multiple myeloma, a cancer of blood plasma cells, is a terminal disease. And, sure enough, it returned with a vengeance in 2017.

His mother’s health diminished during the 2017-18 season which made the fact that no team signed Joe in 2018-19 actually turn out to be a blessing in disguise. “It was not even possible for me to play even if teams were calling. With her being that sick, I spent a lot of time in Little Rock last year,” Joe tells The Undefeated’s Marc Spears.

“I have my moments when it is tough on me, it is hard on me,” says Johnson, now 38. “When I go home to Little Rock, I still stay in her house, and there is nobody there but me to check on it. So it is still tough, but I just try to keep myself busy.”

Some of that is through training on his own, some of it training with his 12-year-old son and helping mentor the next generation of great Arkansas basketball players. He occasionally checks in on the young players of the same AAU program he played for growing up, now called the Joe Johnson Hawks.

But nothing feeds the competitive fire like playing against the best players in the world. 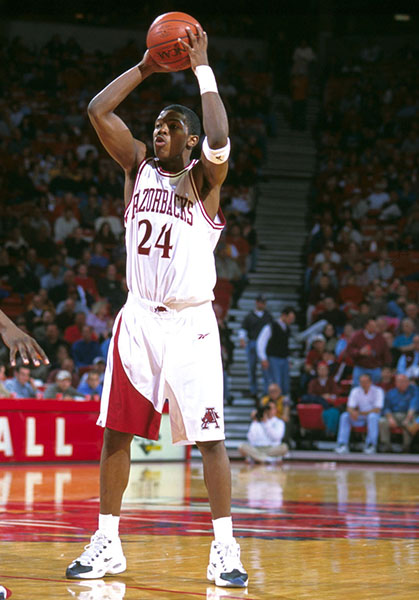 And after his BIG3 run, Johnson got his chance to return to the NBA when several teams invited him for workouts this year. In the end, he signed a partially guaranteed contract with the Detroit Pistons to start fall training camp. “It was very important for me to take this opportunity because those guys in the BIG3 have hopes of [at] some point of being able to get back into the league,” Johnson says. “I just wanted to let everybody know it was possible to this point … To get your foot in the door.”

Johnson and a 24-year-old center, Christian Wood, competed for the 15th and final roster spot for the Pistons. Despite that competition, Joe showed the same unselfishness his mother had modeled so many years before. He helped Wood defend the post better and improve his understanding of the Pistons’ playbook.

During the preseason, the taller, more athletic Wood averaged 13.2 points and 7.2 rebounds per game. Johnson, battling knee soreness, chimed in with only 3.8 points and 16.7 percent three point shooting.

In the end, the Pistons cut Johnson in favor of Wood. “One of the toughest conversations I’ve had as a coach,” the Pistons head coach, Dwayne Casey, says.

While it appeared Johnson would pursue landing with another team, he doesn’t need a final chapter in the NBA to prove himself. He’s already done plenty in the league, racking up more than 20,000 points and becoming the first BIG3 player to land an NBA contract. He will likely one day join Sidney Moncrief as the only Razorback basketball players to enter the Naismith Memorial Basketball Hall of Fame.

Johnson long ago found affirmation in the arms of a loving mother. That will always mean more than anything on the court.