For Our Health We Thank Them 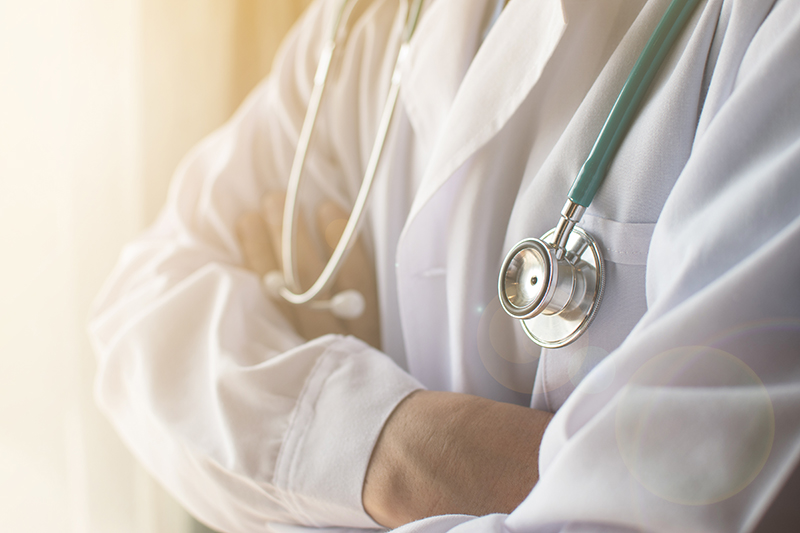 In times such as these, we are in a particular need for heroes. But not the kinds of fiction who adorn tights and parkour skyscrapers; as useful as these crusaders might be in our world, we need not look to the pages of comics or the screens of theaters. Heroes are all around us, working tirelessly to make our world a better place on a daily basis. None are as invaluable in that regard than our medical professionals; not wearing capes, but white coats and scrubs. The more that is understood, the more silver linings and progress we might find.

In Arkansas, we are in dire need of such forward movement. To be frank, we are not a very healthy state. And it doesn’t matter which source one gathers information from, that conclusion remains the same outcome.

According to the United Health Foundation’s 2019 health report, Arkansas ranks at 48th, the third least healthy state in the country. As disheartening as that is on its face, it’s worse when considering that we were two slots higher in the organization’s 2018 report, which was an irregular improvement; for three of the last four years, we’ve ranked at 48. Louisiana and Mississippi are consistently the only two states below us.

The latest public health rankings from U.S. News is just as grim. According to its most recent report, Arkansas is No. 49 in the country. U.S. News formulates its rankings based on a number of factors related to health, including mental health, mortality rates, obesity numbers, smoking rates and suicides. Arkansas is among the bottom five states in four of those categories.

But lately, the center stage of attention has commanded the spotlight in Arkansas — COVID-19, the disease caused by the novel coronavirus SARS-CoV-2. Professionals within the health care community statewide have scrambled for months to get a handle on this pandemic, as the cases and hospitalizations continue to creep higher and higher. That will likely be the reality for at least the rest of this year, as most projections forecast an even higher climb of infection numbers well into the fall and winter months.

Whether or not COVID-19 eventually goes away or sticks around as annually common as the flu remains unknown, but it is likely that the creation of an eventual vaccine and more effective treatments will make the disease manageable — with hopes of a sooner rather than later ETA. Once that day comes, all of the state’s prior health problems will still be here.

“They’re not front and center right now, but obesity, diabetes, heart problems and high blood pressure are challenges, and Arkansas does rank low in a lot of those,” says David Wroten, executive vice president of the Arkansas Medical Society. “We need to look at ourselves. We are the reason that we rank low. As a traditional Southern state, we smoke too much; we drink too much; we don’t take good care of ourselves; we don’t exercise enough. Too much of our state’s population has very poor health habits, and you’re not going to get a handle on obesity and diabetes and high blood pressure until the state comes together and starts promoting a healthier lifestyle for our citizens.”

But, as Wroten is quick to point out, sometimes the state’s health care system is one of the first places that people will often prescribe the blame. It might seem to be so, as U.S. News lists Arkansas as No. 49 in its supplementary health care rankings, weighted by the access and quality of health care, and public health. That part of the conversation is not to be discounted, but it has little to do with Wroten and his colleagues.

“We get patients after they’re already in trouble,” he says. “Doctors can talk to patients all day long about quitting smoking, but if you are just not going to do it, then you’re going to have the health problems that come along with it. We [also] have a tremendous obesity problem that creates lots of other health problems.

“So we’ve got to work on the other end of our problems: healthier eating, healthier habits … It’s going to take a sea change.”

To Wroten’s point, many of the health problems that Arkansas’ health care workers continually see are trickle downs from others, which in turn further drops our overall healthiness — obesity to diabetes, heart disease or cancer; smoking and drinking to heart and liver problems and cancer, and so on. Preventative campaigns by members of the public health community involve listing healthy foods and recipes on official .gov websites and in marketing collateral, and advertisements for routine health and wellness checkups and screenings. But even still, our health care professionals are often the ones left to swoop in and do everything in their power to “save the day” after the fact.

They’re also where we’ve placed a lot of our trust during this pandemic. At the start of Arkansas’ first handful of COVID-19 cases in March, there was a drastic shortage of personal protective equipment (PPE) for those on the frontline of the fight. They came together and looked out for each other, so that they could then look out for others. One such instance of that was the Arkansas Medical Society’s PPE Road Show, responsible for more than one million PPE donations and deliveries to more than 750 clinics around the state.

This was crucial to the healthiness of Arkansas. Just as we turn to our health care workers in every other time of need — be it an underlying condition, minor illness, elective procedure — a pandemic is no exception. As we got sick from an unknown virus that left our lives at risk, they put their own lives on the line, masked up, and worked to make us better.

“While everybody else was at home trying to avoid this, physicians and nurses, they were going to their office every day and taking care of patients,” Wroten says. “Think about an ICU nurse taking care of someone in the hospital. They don’t even know yet whether [this person] has COVID-19, yet they’re there, and they’re taking care of them, and they’re not complaining.”

So much gets made of our new normal as a society, but probably not enough of theirs. And it’s not just the professionals working on the “COVID floors,” as they have been so dubbed, or the ICUs. It’s the doctors and nurses limiting all of their social activity because they work in the oncology wing or in geriatric or pediatric medicine. It’s the family medicine physician having to juggle the safety of patients who simply need their monthly prescriptions to get by with those who might display symptoms of COVID-19 and need to be tested. Like always, health care is an across the board display of heroism, day in and day out.

And they deserve recognition. We try to do our part in that thankfulness every month, but this one is even more special. This issue displays our annual Best Health Care Professionals list, put together thanks to thousands of votes from our readers. As you flip through these pages, remember that these people are the ones who are responsible for so much. Pandemic or not, these are the heroes we can count on.

Wellness Wednesday: Stress Management for You and Your Child
September 1, 2021
Go to Top
Never Miss An Issue!