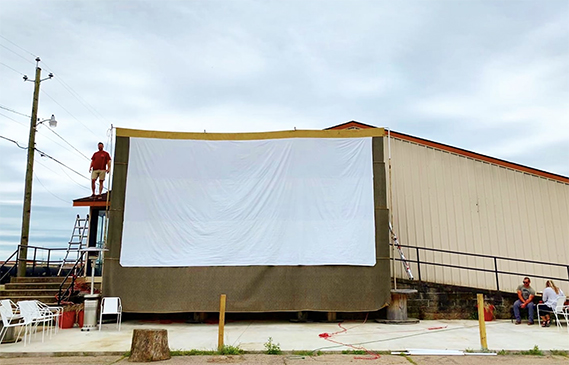 Around the world, life has been turned upside down as a result of the coronavirus. Things that were commonplace six weeks ago and barely merited notice, like going to your favorite restaurant for a meal, are now distant memories. There have been major changes that have happened because of COVID-19, but it’s the small, daily life changes that have hit people the hardest.

Staying entertained in a pandemic has been a struggle for some. Going down to the multiplex to see the latest blockbuster is no longer an option. However, one company is aiming to change that.

This Fort Smith company is dusting off an old movie practice to use during a new time that depends on social distancing.

Fort Smith Brewing Company is creating a drive-in theater at its facility, located at 7500 Fort Chaffee Blvd. The screen will be set up in the brewery’s front parking lot.

A schedule of films hasn’t been announced yet. According to a CBS News report, the drive-in will feature “a variety of films,” as well as locally made short films.

Of course, because this is a brewery, it stands to reason that there should be beer involved. The brewery says that they will be able to bring beer to patrons, who will remain inside their vehicles.

The first film is scheduled to be shown Thursday, April 16.

READ MORE: 10 Great Spots to Get Takeout in Little Rock