According to Lisa Conard Frost, park superintendent, Fort Smith National Historic Site is a place to discover the history of Arkansas, Indian Territory and the entire nation. Though centered in the past, the site is vibrant and very much alive today, said Frost. 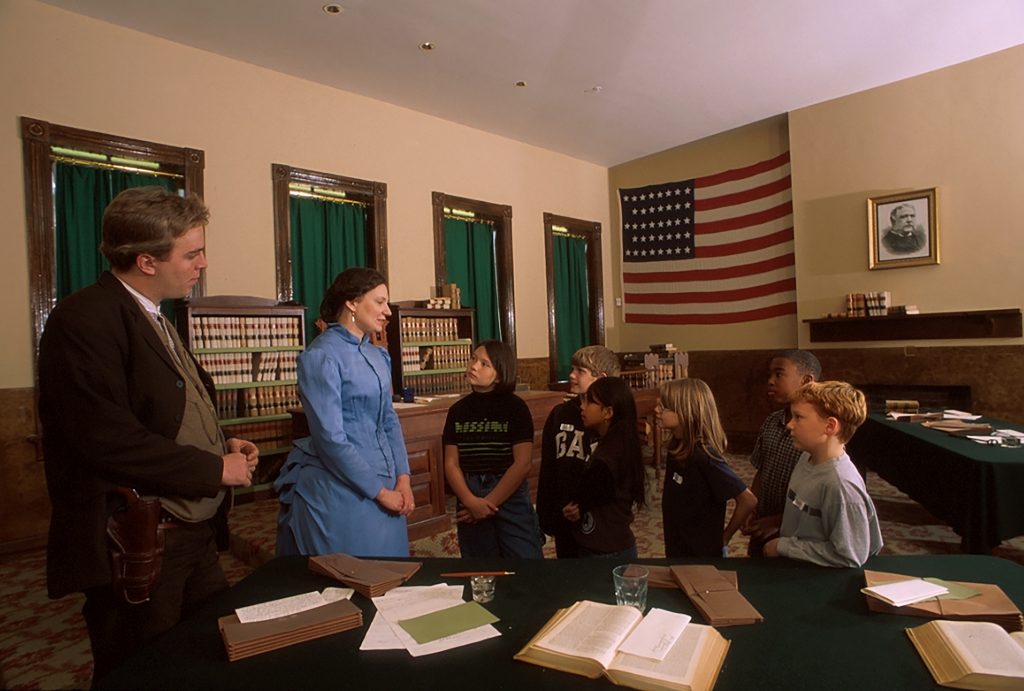 “What we hope to do [at Fort Smith National Historic Site] is to continue to reach more audiences and delve into stories that go more in-depth into the history of Fort Smith. Through exploration and learning, the past is revealed while also being very relevant,” said Frost.

This official unit of the National Park Service welcomes approximately 112,000 visitors per year and includes the remains of two frontier forts and the original Federal Court for the Western District of Arkansas. Located on the grounds are the foundation of the first Fort Smith (1817-1824), the Commissary building (c. 1838) and a reconstruction of the gallows used by the federal court. A walking trail along the Arkansas River includes wayside exhibits on the Osage Nation, Trail of Tears and Indian Removal. 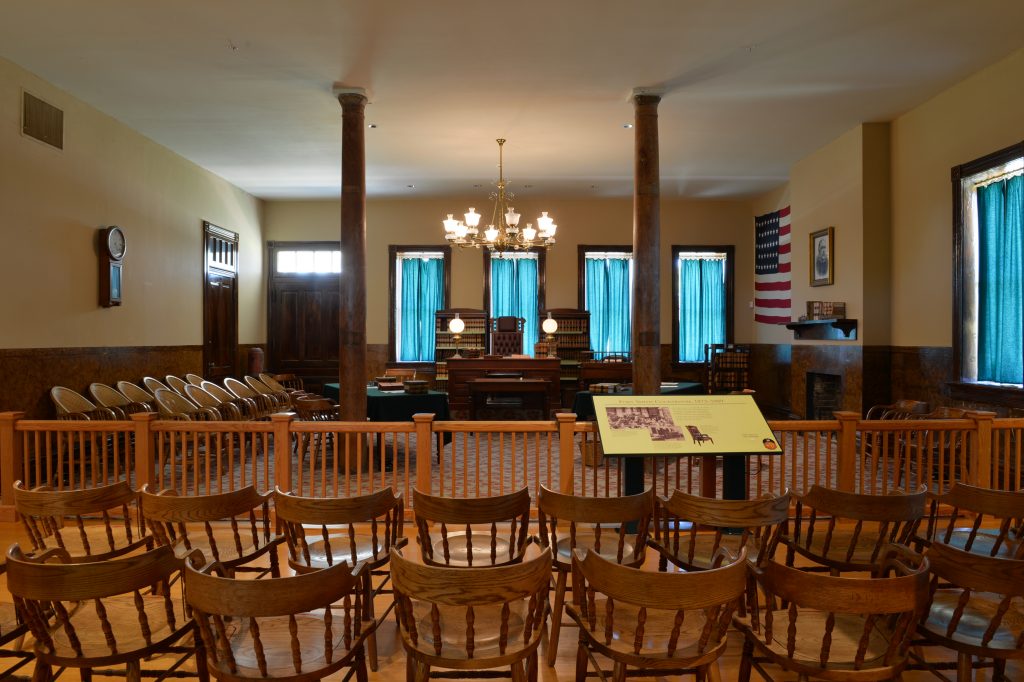 Frost says the site hosts a variety of activities for all ages. The grounds are open daily during daylight hours for hiking and exploration, and the visitor center and the historic buildings and exhibits are open each day from 8 a.m. to 5 p.m. Other activities include ranger talks and living history events, such as night courts, mock trails and night history walks. Contact the park at 479-783-3961 for a current schedule of events.

In honor of the NPS centennial, Fort Smith National Historic Site will take part in “Centennial Sing Across America” on August 25. The event will bring together students from the area to learn more about the history and heritage of the site while also recognizing the importance of national parks.

Staff also strive to make history and learning relevant for young people with the Discovery Fort Smith project, which targets fourth grade students and is a student-driven tour of the park and its resources. Fourth graders are also eligible for the “Every Kid in a Park” initiative created by the NPS to coincide with the centennial anniversary. Every fourth grader in the U.S. along with his or her family can visit all of the national parks for free for one year. Current third graders can request their pass starting Sept. 1, 2016. 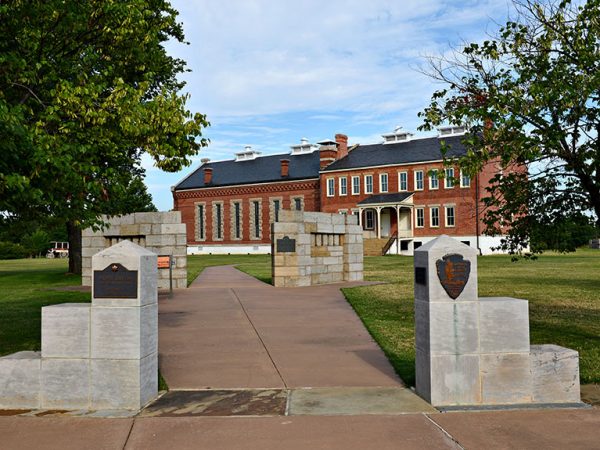 According to the NPS, fourth graders were selected for this project because “research shows that kids ages nine to 11 are beginning to learn about the world around them. They’re open to new ideas, and they are likely to connect to nature and our history.”

“Ranger Toad has traveled all across the country as our centennial ambassador,” said Frost. “You can check out all of his adventures on our Facebook page.” 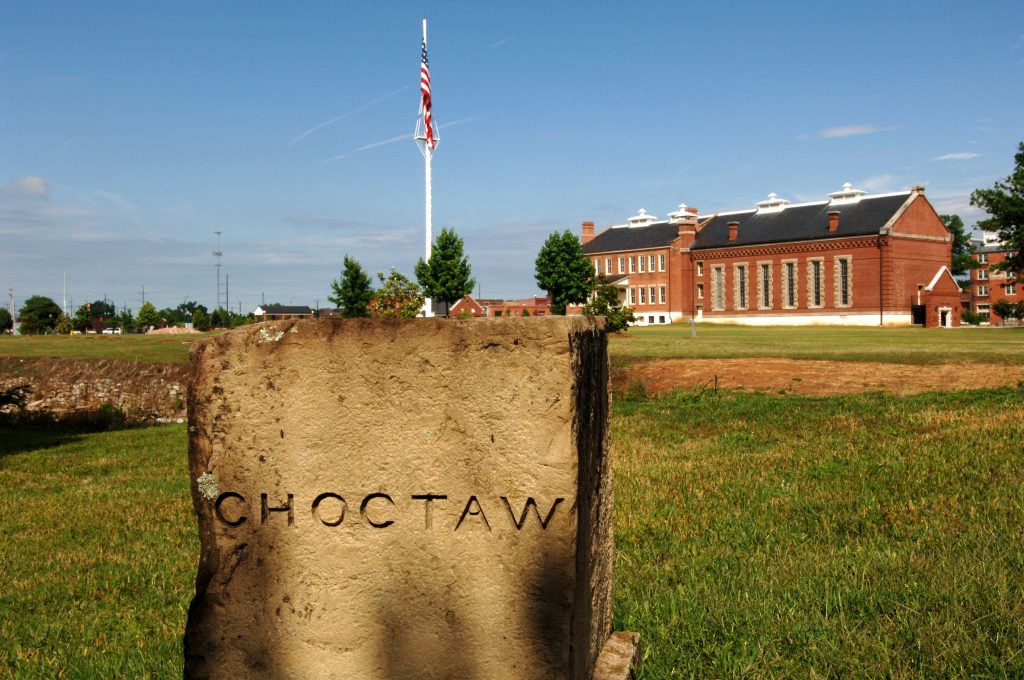 But it is the site’s simple peace that often strikes Frost the most, who cites her favorite activity as “walking down by the river. It’s beautiful.”

Frost has been with the NPS for 23 years and at Fort Smith for three years. For her, the work continues to be more than just a job.

“As a long-time NPS employee I believe in protecting these places. They can change lives. We have places of natural beauty, sad places, places to reflect on history. These parks belong to all of us as Americans. We must learn to care about these places set aside to teach us about who we are. Now is the time to preserve and protect for future generations.”