Most everyone has heard or read the story of Mary Shelley’s Frankenstein. Many have seen the film interpretations throughout the 20th century. Mary Shelley was 18 years old when she wrote the story that has become historically profound in the literary world. Woven with the motif of the pursuit of knowledge and its dangers, Frankenstein depicts a time of a shift from a world dominated by religion, to the introduction of progressive science and industry, and the fears and uncertainty that it brought to the masses living during the 19th century. So, where did Mary Shelley receive her inspiration? Let’s “dissect”.

Mary Shelley’s Frankenstein was published anonymously in 1818, during a time of great change and scientific breakthroughs. This was during an era of pioneering electrical research, industrial revolution, and thus, mechanization for industry. Scientists were feared figures, as science was a new concept-one that was given a negative and devilish connotation. Frankenstein was perhaps created as a warning of scientists who take their experiments too far.

In 1815, a volcano in Asia-Mount Tambora, experienced a massive eruption, causing a cloud over the sky, storms, and overall climate change. Thus in England, 1816 was “the year without a summer”. In 1816, Mary Shelley and other accomplished writers were guests at Lord Byron’s Villa Diodati in Switzerland. At Byron’s villa, these people came together and under Byron’s suggestion-began telling ghost stories. Some of these are documented, but never became popular. Shelley’s story survived.

The library at the University of Oxford hold Shelley’s handwritten manuscripts. These manuscripts contain indications to her genius behind the story. In the manuscripts, Shelley describes that the chilling vision of Dr. Frankenstein and his creation came to her in a lucid dream. Frankenstein is an interpretation of the science of the 19th century, which induced fear and terror in many. Scientists of the era were known to rob graves, for experimental use in using electricity to bring life to dead bodies, or “raise from the dead”.

The primary scientists with indications toward Shelley’s influence were the Scottish Andrew Ure, the Italian Luigi Galvani and his nephew Giovanni Aldini, and German Konrad Dippel. Story has it that Luigi Galvani’s wife prepared frog leg soup (a delicacy) for him when he fell under the weather. There was a storm that night, and frequent lightning. Galvani noticed that every time lightning struck, the frog legs on the preparation table would twitch. Galvani went on to experiment with these frogs and the use of static electricity. He would take an electrically charged scalpel and touch it to the frogs’ sciatic nerve. Every time he did this, the frog legs would kick to life.

The use of electric shock on animal and human corpses was practiced, and Galvanism was born. This became so widespread in popularity and intrigue, that electrical shock began being used as treatment. Electric clinics sprung up all over Europe, where people frequented as often as they would a bath house, in search of cures for ailments such as impotence. Giovanni Aldini, Galvani’s nephew, was closer in description to Dr. Frankenstein than Galvani.

Aldini had privately been hanging out in the gallows of Bologna, Italy, waiting for corpses to operate on.  He then made Galvani’s ideas public and fashionable when he traveled all over Europe performing Galvanic experiments in front of audiences, in the manner of a magician. In 1803, an experiment was performed on a freshly hung criminal-George Foster, at the Royal College of Surgeons. Andrew Ure of Glasgow was known to perform similar experiments, one being particularly frightening.

Matthew Clydesdale was a man who was hung for brutally murdering a seventy year old man. Clydesdale became the subject of this experiment. Ure, with an audience of other scientists and intellectuals, made incisions at very precise points throughout the corpse, and inserted electrical probes touching the muscles. The limbs twitched so abruptly, over and over, to the point to where the movements of the body mimicked a fiddler. His chest rose and fell several times, as if breathing. Some of the men present believed that the body was actually coming to life. Upon the last electrical contact, Ure very slightly touched the probe to the mans index finger. The arms instantly rose and pointed to the different onlookers. 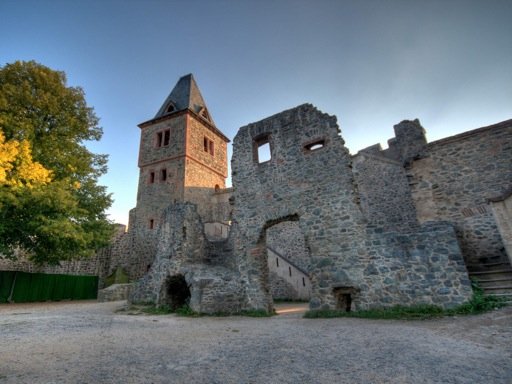 German alchemist and free thinker, Konrad Dippel, is the last and one of the more prominent scientists in the clues to Shelley’s inspiration. He was born in the Frankenstein Castle. He had a reputation for being the “devil incarnate”, and blended chemistry and mysticism in attempts to find a cure for all diseases, and achieve immortality. He created “Dippel’s Oil”, which consisted of animal bones, blood, and bodily fluids, distilled in iron tubes. At the time, this was tested as the “Elixir of Life”. It did not provide immortality, but proved to be a potent muscle stimulant. Dippel began his career as a priest, before practicing alchemy.

Dippel’s reputation as the “devil incarnate”,  perhaps could have been rumored by the clergymen in power at the time, who felt threatened by his arguments. Kristine Hannak of the University of Tubingen states in The History Channel feature, Frankenstein The Real Story,  that “history is always written from a certain perspective, and it is written from the perspective of those who are in power”. Dippel to the church became known as a heretic. It is possible however, that he was a harmless man, driven by intelligence and curiosity.

Modern days have witnessed the creation of cloning, droning, and robots, if you will. The fascination with science and other worldly things will always be prevalent, along with attempts to unveil mysteries and find answers. It is the nature of the intelligent being. The human nature of progression cannot be deterred, only advanced. How far is too far? What happens when something morally devoid and motiveless becomes uncontrollable? Can man’s creations be stopped? Or is it possible that one day they will stop us? I say that anything imaginable, is possible.