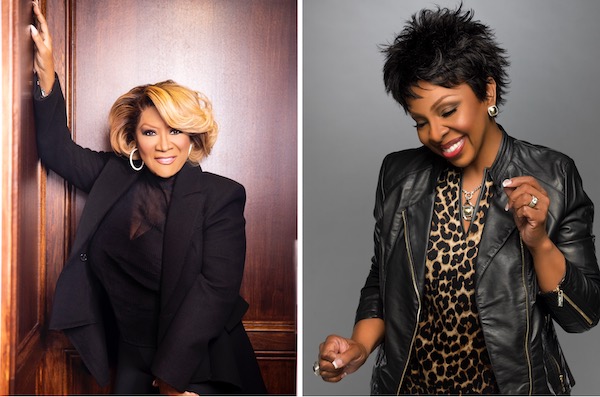 Couples, friends and family are invited to celebrate friendship and kinship with Gladys Knight and Patti LaBelle on Sunday, Nov. 13 at the theater at Simmons Bank Arena, where the pair of entertainers will perform live.

Ticket presales will begin on May 12 at 10 a.m., and public ticket sales will start on Friday, May 13 at 10 a.m. Verified show tickets can be purchased at TicketMaster or the Simmons Bank Arena Box Office. There will be an eight-ticket limit per household.

Patti LaBelle, whose soulful name has become synonymous with grace, style, elegance and class, is known for belting out classing rhythm and blues renditions, pop standards and spiritual sonnets – creating a one-of-a-kind platform of versatility.

LaBelle has also been featured in films and TV programs such as A Soldier’s Story, A Different World, American Horror Story, Empire, Star and The Kominsky Method in addition to her own TV series – Out All Night.

As an award-winning entertainer, author and entrepreneur, LaBelle works hard in humanitarian efforts, advocating for adoption, diabetes, cancer, HIV/AIDS and other nonprofit initiatives.

“Each year I grow, and that’s a blessing from God. I do what I can do. I do what I feel God has given me the energy to do, so I just go out there and I do it. It’s not about making money because I don’t need money, but I need to sing,” LaBelle says. “With a voice or without, I’ve got to get on that stage.”

Gladys Knight has long been known as one of the greats, with more than 50 years of unassailable artistry. Knight, a seven-time Grammy Award-winner, has No. 1 hits in pop, gospel, R&B and Adult Contemporary, triumphing in film, TV and live performances.

This summer, in her first effort since the release of Another Journey in 2013, Knight released Where My Heart Belongs, a gospel album that recently won the NAACP Image Award for Outstanding Gospel Album.

For more information about the performance of Patti LaBelle and Gladys Knight at Simmons Bank Arena, or other shows or venue policies, visit its website.