From the Ward to the Word: Oncology Nurse Pens Children’s Book

With ‘Oh No, My Hair!’ Local Nurse Amanda Sexton Hopes to Make a Difference 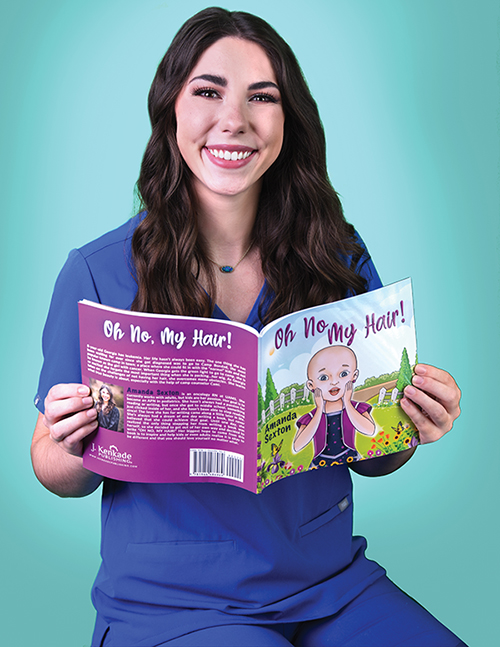 Amanda Sexton leans back in her chair and smiles. She’s had a full day; not as full as the 12-hour shifts she usually puts in on the University of Arkansas for Medical Sciences (UAMS) oncology ward in Little Rock mind you, but considering it’s her day off, she’s been kept busy. From attending a continuing education seminar in the morning to sitting for a press interview in the afternoon to meeting with her publisher that evening, each appointment speaks to a different facet of what the 23-year-old nurse and first-time author’s life has become these days.

She’s not tired, exactly; incredulous is more accurate. With just a couple of weeks to go until Oh No, My Hair!, her inaugural children’s book, drops, the reality of being a published writer is sinking in more all the time.

“[The book] is like my baby at this point,” Sexton says. “That’s literally how I’ve been describing it. It’s very surreal. Not that I didn’t love my own story, but it was just crazy that someone else liked it enough to want to publish it. I was like, ‘For real? Are y’all sure?’ Like, it’s just me. I’m not anybody.”

“My mom is an occupational therapist, but for the majority of the time that I was growing up, she’s been the director of a school called Building Bridges,” Sexton says. “It’s for kids with special needs and they do therapy, trying to get them from preschool to an actual school. They also have an adult program.

“I used to love playing doctor, pretending to be a nurse and playing dress-up and stuff as a kid. I would wear Mom’s scrubs, and they were way too big. I’ve just always had this thing for caring for people and wanting to help them.”

A nursing career may have been an early foregone conclusion, but writing was about the last thing the adolescent Sexton could’ve imagined herself doing.

“When I was younger, I hated to read. I absolutely hated it,” she says. “My friends would be at high reading levels, and I would just be at the basic level.

“By the time I got to middle school, something  changed. I just picked up a good chapter book and read it. From then on out, I really picked up the love of reading.”

Sexton has also kept a journal for as long as she can remember, something that passed from girlish musings to successively more serious topics as she moved through high school and college into nursing school, and finally onto the cancer ward.

“My job, it’s a weird emotional roller coaster throughout the day,” she says. “You could be crying in one room and then have to switch it off and go be ‘happy me’ in the next room, because that’s what that next person needs. Being that person, it’s hard. I mean, it is a balance. You kind of have to take it in, be there for that person, and then you have to have coping skills.

“I’ve always had a diary, journal, whatever you like to call it. It was just my way to process a lot of thoughts that go through this head. Sometimes I don’t even know what I’m getting at, and I have to collect them somehow. A journal allows me to sit there and write them all down and really figure things out, as crazy as that sounds.”

While a typical day on any oncology ward provides a generous helping of journal fodder, 2020 was all that and then some.

“It was hard,” she says of the pandemic. “You had goggles, and you had a mask on; [the patients] really couldn’t see you. Sometimes I just wanted to pull it down like, ‘I promise I’m having some sort of emotion here. It’s not just this straight face.’ As simple as it sounds, I would always make sure that my badge was turned around so they could see my face on it. I know that seems silly, but that was helpful to patients.

“Then, on days when there wasn’t enough staff, it created this level where you had more patients than normal, and you kind of felt like you were rushed. Rushed, in that I can’t have a full conversation because I’ve got to go do this, this and this in another room. That also made things difficult.”

The idea to write a children’s book had begun percolating a few years ago, but the demands of her job, especially in 2020, kept it firmly in the back of her mind. Then, on a short visit to Eureka Springs, she confided in her mother.

“I told her I thought it would be really cool to do it, and she was like, ‘What are you going to write about?’ I was like, ‘No idea,’” Sexton says. “Literally the next morning, I woke up and just had this idea in my head. I didn’t dream about it or anything like that. It was just these little chicken scratches that I wrote down so I wouldn’t forget them.”

Sexton’s idea told the story of Georgia, a little girl battling leukemia who is cleared by her doctor to attend regular summer camp. A last-minute mixup during packing leaves her wig behind and instead of blending in, she immediately stands out as different — a cancer patient, for the loss of her hair. From there, she learns how to find people who see past such things and accept her for who she is.

“It’s a book that talks about being comfortable with who you are and not feeling ashamed if something is different about yourself,” Sexton says. “Obviously, having cancer and a bald head is a big thing for a kid to deal with. I think it’s important for kids, and even adults, to realize that just because you have something different about yourself doesn’t mean it should change how anybody treats you.

“I just think everybody is a little too hard on themselves these days. You should still feel confident in what you’re doing, despite what somebody else thinks.”

Sexton says she’s always wanted to work in pediatric oncology but having not yet landed there full time in her career (she started a second, part-time gig in the oncology clinic at Arkansas Children’s Hospital in July), she quizzed colleagues on how to bring age-appropriate authenticity to the story.

“I know how hard it is for a patient who has a new diagnosis and has to start that kind of treatment to realize that, ‘Hey, I might lose my hair.’ I saw how much it can affect an adult,” she says. “I know some friends who work over at Arkansas Children’s, and I consulted with them, like, is it really that hard for a kid to lose their hair and just go through that whole process? And they said, ‘Yeah, it is, especially for girls around that age.’

“So that’s why I made the main character a girl instead of a boy. It was just because I felt like it would resonate a little more. I think it’s a lot bigger deal for a girl to lose her hair.”

By late 2020, Sexton was sorely in need of a break. So, she took a two-week vacation, during which she finally brought the pieces together.

“I think the hardest thing was trying to figure out what age to write it for,” she says. “I focused mostly on the 8 to 12 [year-old] range. That’s probably the biggest time of development, where you’re going through those awkward stages of being a pre-teen and all that stuff. I felt like it would really resonate with kids that age.”

The first draft took most of those two weeks to complete. After passing it around to selected people in her circle for editing and input, by February she’d worked up the courage to send the manuscript to a local publisher, J. Kenkade Publishing. Mere days later, her cell phone rang while she was at work.

“I stepped out, and they told me that they read my manuscript, and they loved it,” she says. “They thought it was different from what they had been reading, so they would like me to give them the opportunity to publish the book.” 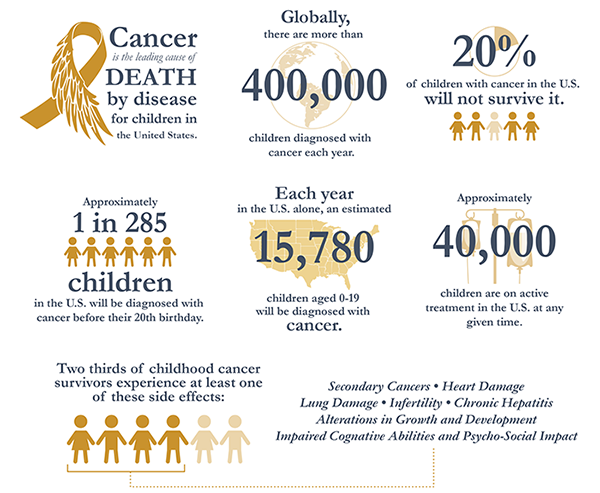 In addition to online distribution, Sexton received a sponsorship to have copies distributed to St. Jude Hospital in Memphis and Arkansas Children’s Hospital. In the coming months, she plans to approach retailers about getting the book on their shelves too, a task for which she has already become adept at pitching.

“Obviously, it’s a children’s book, but honestly, I think adults can relate to it, even if they’re just reading it to their kids,” she says. “It’s a book that can go deep, but also be lighthearted at the same time. By the end, there’s a twist in there that makes you tear up a little bit, hopefully. It has a bigger message than just being a kid’s book. It goes beyond the surface-level feelings, I think.”

As for the obvious questions — will there be more books and what will they be about — Sexton rolls her eyes and smiles.

“The thought crossed my mind,” she says. “My brother-in-law’s an editor, and he told me, ‘This could literally be a series,’ and I was like, ‘Huh? Are you sure?’

“Writing this book and knowing that I can do it does give me enough confidence to try it again, but I haven’t really thought of a whole idea for another book. I have no idea what it would even be about. I’m just trying to live in the moment on this one.”